Her upcoming solo album “Over My Skin” will be available via Amazon Music on June 28.

Girls’ Generation’s Tiffany is gearing up for the exciting new page of her career!

On June 13 (local time), it was announced that she has signed with Paradigm Talent Agency with the name Tiffany Young.

Paradigm Talent Agency is a major U.S. agency that works with artists including Jason Mraz, Coldplay, Ed Sheeran, and more. 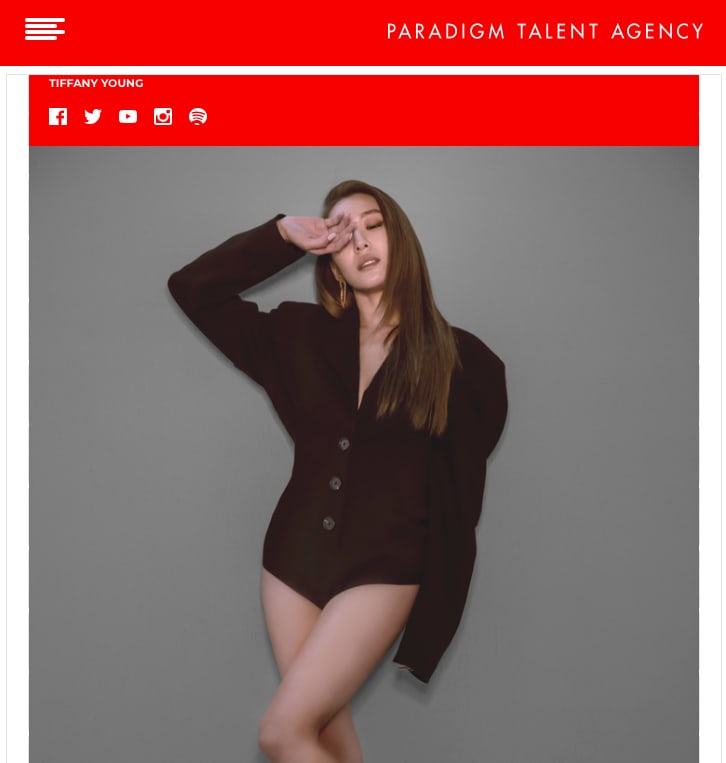 Industry representatives have also reported that she is preparing for her next album. She has reportedly completed recording the new music and is in the final stages of preparation including the music video filming.

According to the reports, Tiffany’s new music is expected to be released within June or July.