The cast of JTBC’s “My ID is Gangnam Beauty” (literal title) is gearing up for their upcoming drama!

“My ID is Gangnam Beauty” is based on a popular webtoon and will tell the story of a woman named Kang Mi Rae who gets plastic surgery in hopes of a new life after getting teased for her unattractive looks since she was young. After she enters college, she learns about true beauty when she experiences a different campus life than the one she imagined.

The cast read their lines and tested out their campus life chemistry. Despite this being the first practice, Im Soo Hyang was described as perfectly immersed in her character Kang Mi Rae. She meticulously portrayed the awkward feelings of Kang Mi Rae who was experiencing her new appearance and the new reactions of those around her. 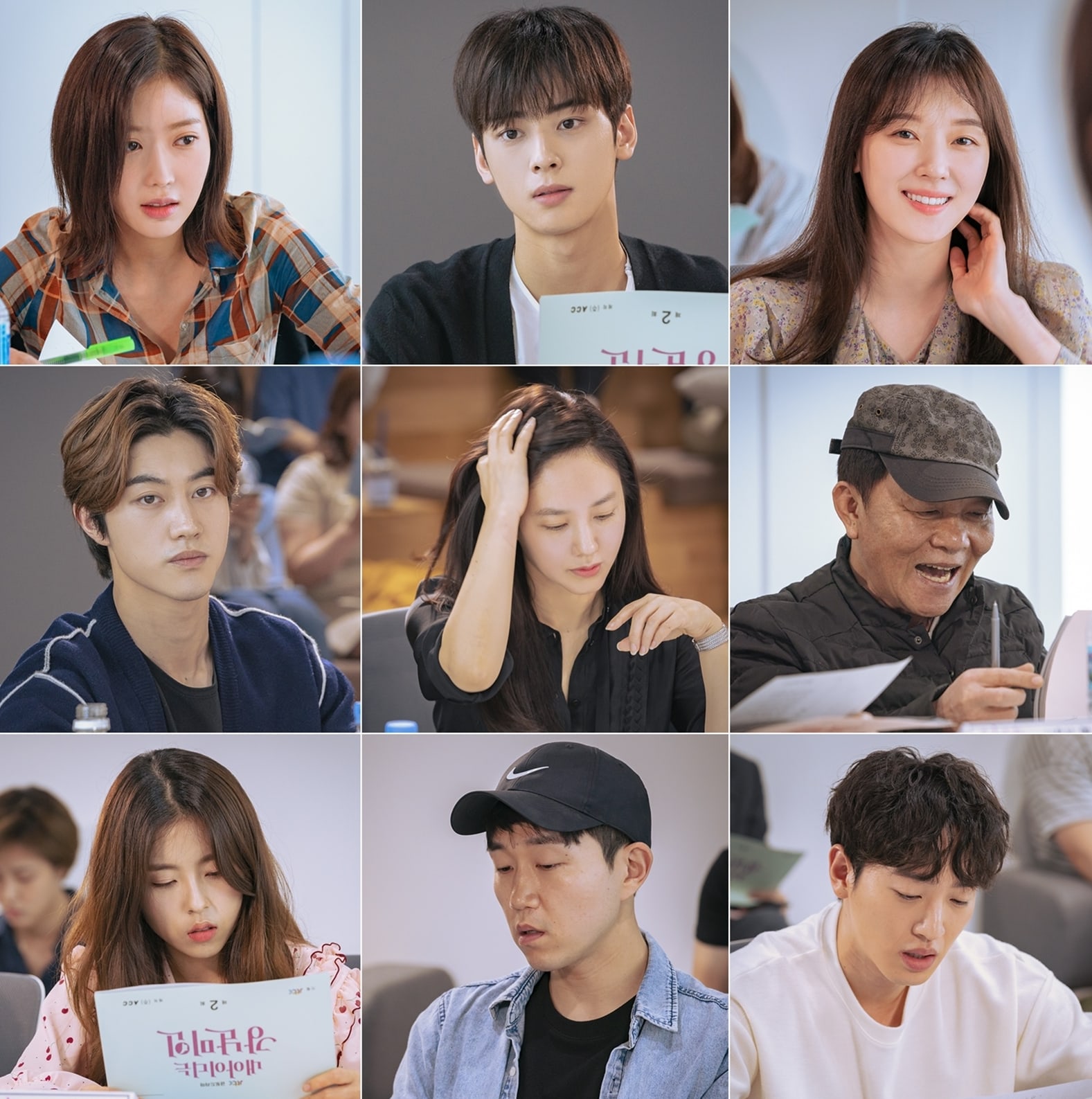 Cha Eun Woo will play the tsundere and popular guy Do Kyung Suk, who has a cold personality to everyone except Kang Mi Rae.

Jo Woo Ri will appear as the innately beautiful idol of the chemistry department named Hyun Soo Ah. Kwak Dong Yeon will portray Yeon Woo Young, who was first attracted to Kang Mi Rae because of her looks but begins to like her for her inner beauty as well.

Dohee will play the role of Oh Hyun Jung, who is Kang Mi Rae’s best friend who looks rebellious on the outside but lives a disciplined life. Park Joo Mi and Woo Hyun will appear as Kang Mi Rae and Do Kyung Suk’s parents who have unique personalities and will add more fun to the storyline.

The director explained, “‘My ID is Gangnam Beauty’ is a drama about Kang Mi Rae who was teased since she was young for her appearance. After getting plastic surgery, she experiences a new life, new society, new university, and goes through inner growth through unexpected experiences and relationships. I want to focus on growth and make an extraordinary drama that is different from other dramas that were about plastic surgery.”

“My ID is Gangnam Beauty” will air in July as the follow-up drama to “Sketch.”