Longguo (Kim Yong Guk) talked about his career and more with BNT International.

In the interview accompanying a pictorial, he spoke about how he’s making an effort to be closer with his fans through self-created videos and live broadcasts, and also expressed confidence in his new solo release.

About his newest single, he said, “I thought a lot about which rapper would be the best match for this song. There were a couple candidates, but Yoon Mi Rae was No. 1. I gave her the song and it was an honor that she willingly accepted it, so we were able to work on the song.”

He continued, “I trust that the fans will like it because they always totally support me. However, a part of me also looks forward to and worries about how much they’ll like it and what kind of things they’ll say after listening to it. I’m curious about everything my fans think about me.” He added that he prepared the single with his sincere stories to repay the fans for their love. 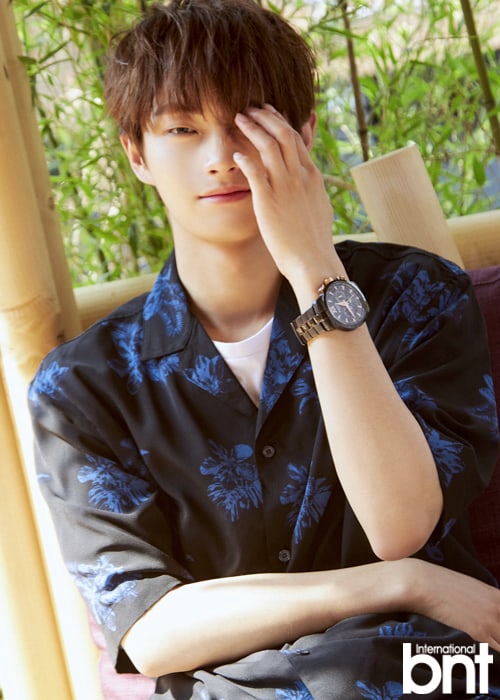 Longguo has met many people while working in the industry and has adapted well to his new surroundings, but admits that there are times when he still misses home. “It’s difficult at those times,” he said. “I think [my parents] worry about me, but are also proud of me.”

When asked about what he does to pass time, the singer responded by naming games including Battleground, Overwatch, and League of Legends. He explained that even with his busy schedule, he takes the time to play games to relieve stress and cheer himself up.

He also didn’t forget to bring up his cats Tolby and Lucy. He said, “Their easy-going and carefree appearances are similar to stray cats. To me, that looks so cute and lovely. I think that Tolby and Lucy are more appealing than cats of famous breeds. They don’t really avoid people and have low alertness. They get along well with people they meet for the first time.”

Speaking about his own charms, Longguo described his “child-like vibes” and “looks that stir up maternal love.” He expressed his gratitude for receiving love from fans of all different ages and revealed that his favorite thing to hear from a fan is, “Good job, Yong Guk” because of its big, strong impact.

Longguo was also a member of the project group JBJ. On what the group meant to him, he said, “Hmm… a beautiful, unforgettable memory. I experienced many things that I hadn’t before. I got to perform overseas, do a concert, get No. 1, promote in a team, appear on variety shows, and they were such thankful times.” 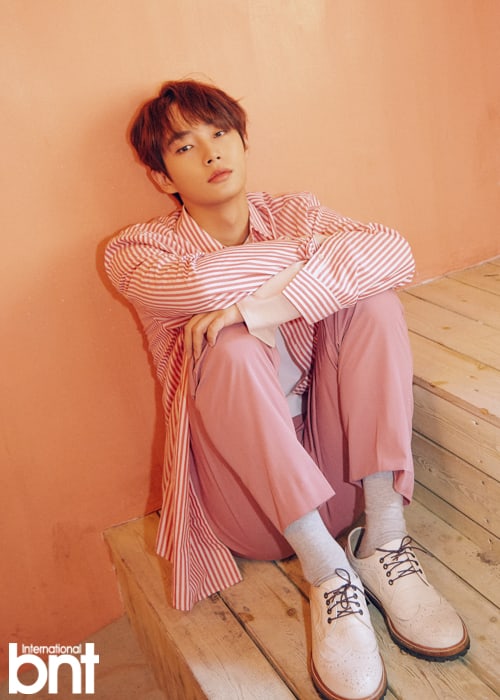 On his goals for the future, he said, “I hope this year ends with me experiencing many new things like I did last year. As I mentioned before, I think it’ll also be nice to promote as an actor through a web drama, drama, or musical.”

He continued, “Whatever it is, I want to challenge myself to try things for the first time,” and said that he hoped to remain as the singer Longguo 10 years from now.

The singer stated, “I’ll work hard to not forget about my beginnings. I included my feelings of gratefulness in my first solo album. I’ll be someone who continues to express that gratefulness. Thank you for paying attention to me and please continue to support me in the future. Thank you so much.”

Longguo released his first solo single “Clover” on June 13. Check out more photos from the pictorial below! 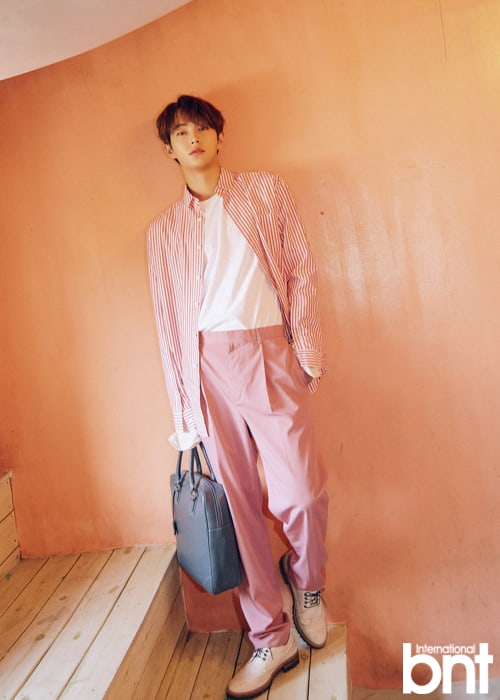 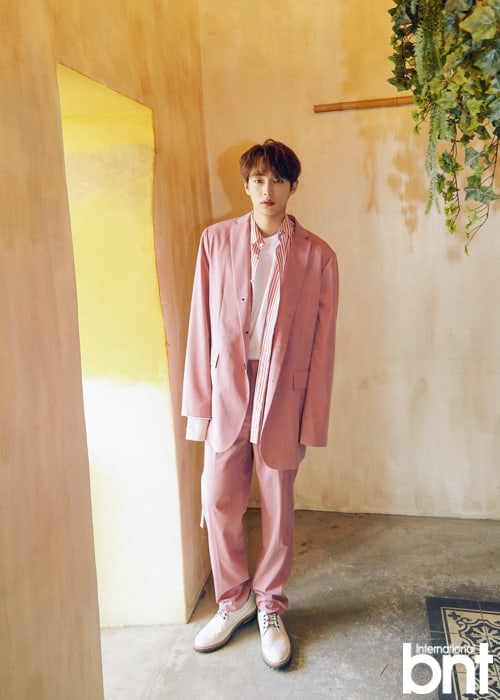 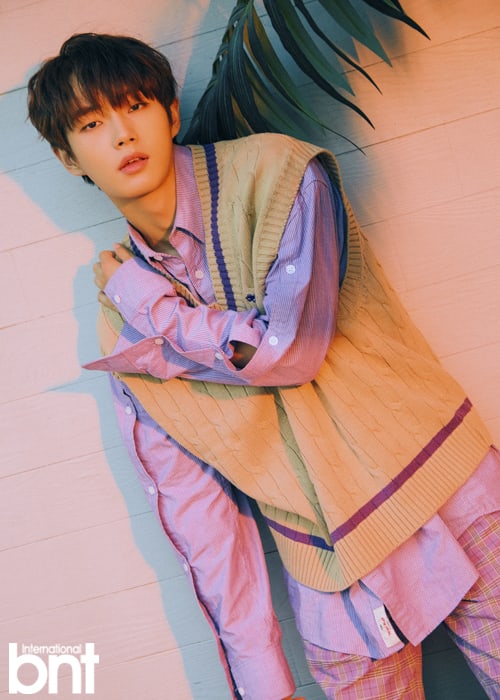 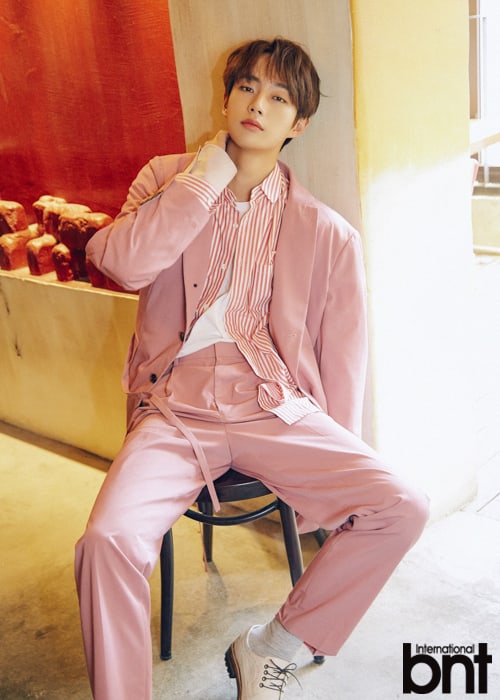 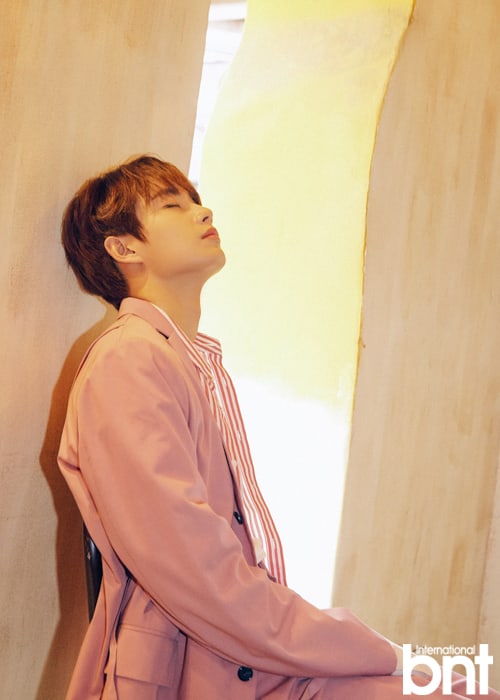 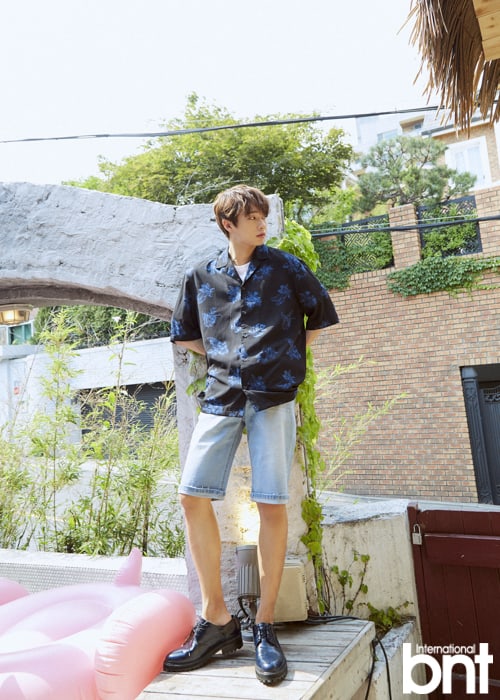 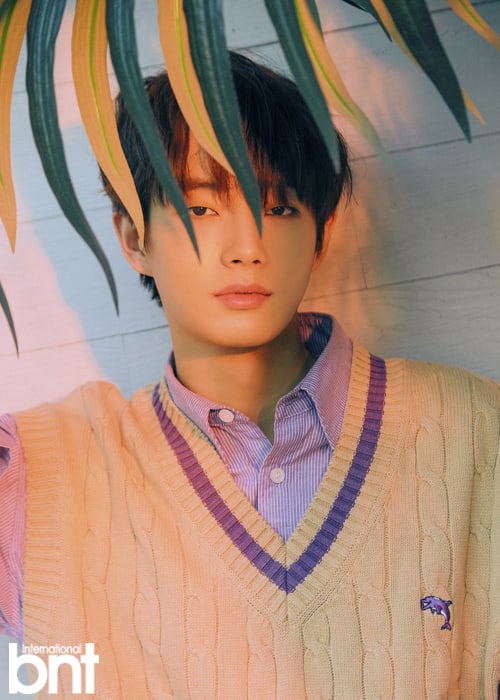 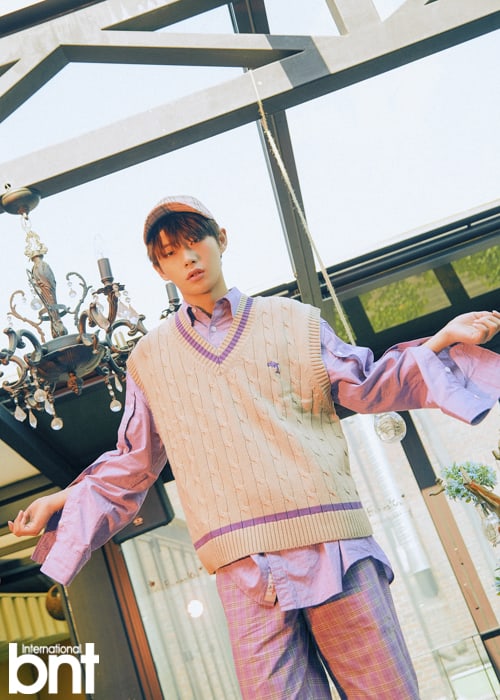 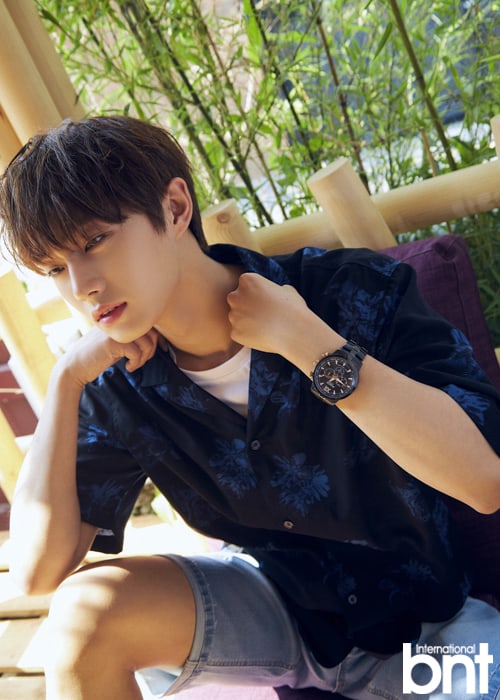 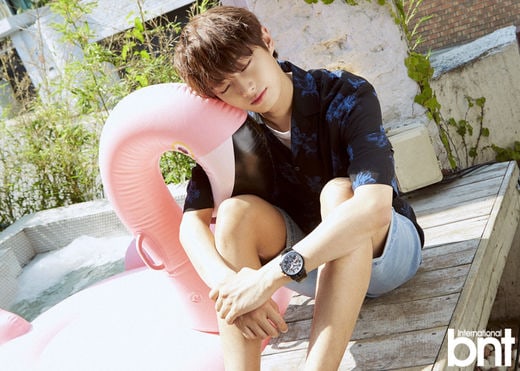 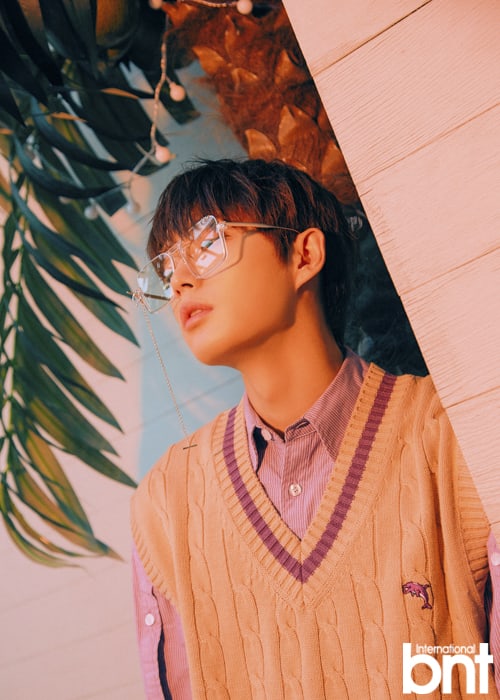