Henry showed the results of his hard work on MBC’s “I Live Alone.”

On June 15, the cast reunited with Sung Hoon who appeared in the studio for the first time in a while. They then brought up the fact that they also hadn’t seen Henry in a while because he was currently filming a movie in China.

Ki An 84 asked, “Do any of you keep in contact with him? He showed me photos of his body and asked, ‘Do you think girls will like it?'”

Henry previously mentioned that he was working out for his upcoming film where he’ll appear as a king. The members then decided to video call Henry.

After exchanging greetings, Henry suddenly said, “Look at this!” and showed the cast his abs. Jun Hyun Moo joked, “Henry, you’re flexing way too hard. Are you really playing the role of a king?”

Pointing to a part of his regal costume, Henry said, “Don’t you see this? I wear this under the king’s clothes.” 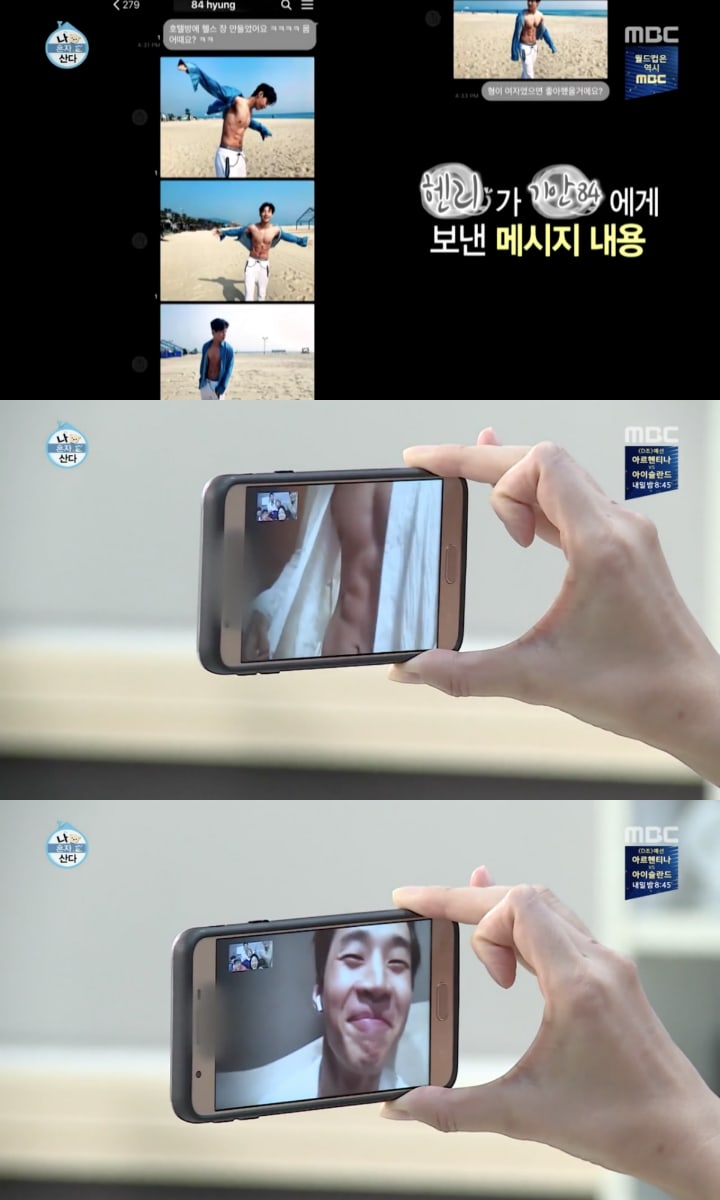 Henry also showed approval of Ki An 84’s new hairstyle. “You became human!” he joked. The singer-actor then asked, “Do you miss me? Do you like me?” and extended an invite to Ki An 84 to come to China if he happened to finish his webtoon early.

Henry ended his phone call with a kiss and sent the members hearts with his heart-shaped nostrils.