June 15, the long-awaited first episode of “Produce 48” hit the air, showing the trainees’ first evaluations as well as the first voting results.

This latest “Produce” season brings together Korean and Japanese trainees. Lee Seung Gi, the representative nation’s producer for this season, explained, “The reason it’s called ‘Produce 48’ is because the Korean trainees are joined by trainees from AKB48. Here, 96 trainees will be competing equally, and the final 12 chosen by the nation’s producers will promote in the final project group. This season’s keyword is ‘global.’ You will create the next global girl group.” 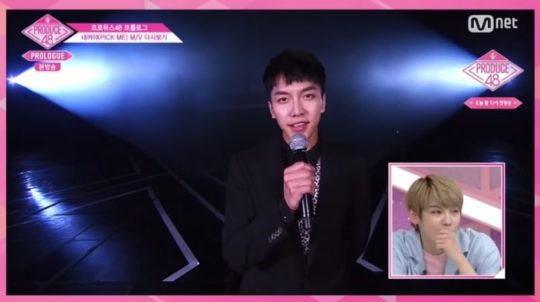 “Generally, Korean idols have a long trainee period, and they debut with already very developed skills,” said Takada Kenta. “But Japanese idols develop and improve [after debut] as they’re interacting with fans.” 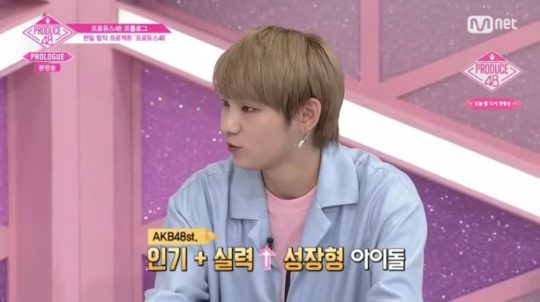 These systemic differences were made apparent in the initial evaluations, in which the trainees from each agency performed for the trainers (Vocal: Soyou and Lee Hong Ki; Rap: Cheetah; Dance: Bae Yoon Jung, Choi Young Joon, May J Lee) and were assigned individual ratings. The Korean trainees, who have already spent a lot of time developing their dancing and singing, were far more advanced than the Japanese trainees, who, in Japan, would improve as artists post-debut. 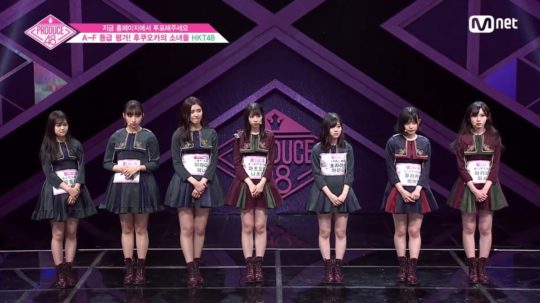 In one evaluation, dance trainer Bae Yoon Jung said, “You know that Korean artists and dancers are famous for their sharp choreography. Is that not important in Japan?”

Watching the evaluation, Muto Tomu said to her fellow trainee, “For us, more than dancing or singing, our job is to show [fans] how much fun we’re having.”

The trainers comforted the disheartened Japanese trainees, Lee Hong Ki saying that they would do their best to help them improve during the show and eventually receive an A rating. Bae Yoon Jung also added a word of support, saying that in season 1, someone who received an F rating in the beginning went on to debut, and encouraged the trainees to use this chance to learn as much as they can.

Along with the evaluations, the first episode revealed the results for the first round of voting. See the rankings below: