Sunmi and Red Velvet’s Seulgi opened up to each other about their respective struggles as idols during the June 15 episode of JTBC4’s “Secret Sister.”

Seulgi revealed to Sunmi, “I’m working on this, but there are a lot of times when I shy away [in front of people] because I’m embarrassed. More and more, I… how should I say this.” Sunmi questioned if Seulgi feels like she doesn’t know who she is anymore.

“There are a lot of times when I do think that way, if the person that is shown on TV is really how I would naturally act,” the Red Velvet member shared.

Thinking back to her training period, Seulgi continued, “I was at least good at singing and dancing, but I experienced a slump [when I was a trainee]. I couldn’t sing. I danced because I couldn’t sing. But I was originally accepted because of my singing ability. However, more and more talented people kept coming, and my voice just wouldn’t come out.”

“I only practiced in rooms that had absolutely no one, not a single person, in them because I really hated letting other people hear my voice,” Seulgi confessed. “I was so discouraged back then. I thought for a long time, ‘Could I be a singer when I have such a hard time even singing a single verse, especially since it’s a career that is built on singing? Why don’t I know how to do anything?’ There was a time like this when I was scared of even standing on stage, but there are only a couple things I am good at.”

The idol added, “Really, I don’t know what else I like. Because this is something I’ve done since I was young, I don’t think I would be able to pursue another career if I’m not able to do this. I’ve only done this for too long.” 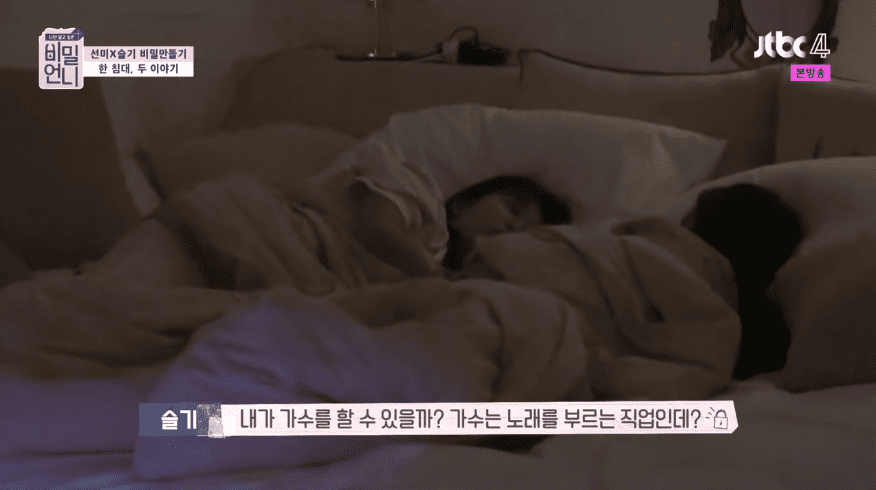 Empathetic to Seulgi’s worries, Sunmi shared her own experiences of debuting at a young age. Sunmi commented, “I was really pessimistic. Until then, I always thought I was an optimistic person, but I realized that wasn’t the case when I became an adult. There’s no end in sight when you start thinking negative thoughts. You dig yourself into an endless hole [of negativity].”

The singer then explained how she finally found her true identity while working on “Gashina,” and how the public’s acceptance of who she is eased her past worries. “No matter how you portray yourself, as long as you are confident and believe in what you’re doing, the public will be able to see that,” Sunmi advised. 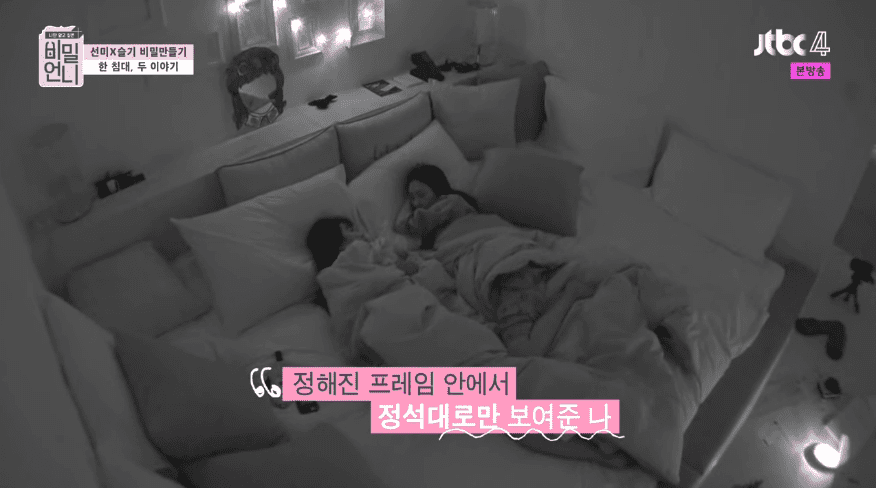 Seulgi opened up about how she has also been thinking about her own image and identity as well as what the public likes. The idol shared how she always played it safe and did what she was told, even though she had been given time and opportunities to do more. The Red Velvet member expressed, “No one told me I could step out [of the box]. Now I’m working towards opening the door and stepping out myself. Even if I’m clumsy, I want to try things one by one.”

Talking about how Red Velvet’s experimental concepts and music have helped her, Seulgi revealed, “While working on ‘Bad Boy,’ I thought that I could show more with this kind of genre. That’s why I just cut my hair the way I wanted to. However, people around me worried, ‘No, people like innocent and youthful things. Don’t do unique things. The time for that is over.” Sunmi commented, “I really hate [hearing that]…My personality isn’t like that.”

Sunmi concluded, “Become a fan of yourself. Look deep within yourself. What you want to show will come out on its own.”

Red Velvet
Seulgi
Sunmi
Secret Sister
How does this article make you feel?