Chic And Confident: Why BLACKPINK’s “DDU-DU DDU-DU” MV Has Us Shook

After the long wait, BLACKPINK’s new music video and comeback song, “DDU-DU DDU-DU,” was released yesterday, blessing us with its greatness. It was such a phenomenon that by 12:15 a.m. KST on June 16, the MV had broken the 10 million view record for girl groups in 6 hours and 15 minutes. It will only be a matter of time before BLACKPINK sends music, dance, fashion, and beauty trends flying all over the internet and shelves. After all the excitement and internal fangirl squealing, we’ve managed to calm down enough to give you the reasons why this MV rocks:

With its blaring beats, infectious sound, and strong lyrics, the song has every potential to make it to the top of the charts and stay there. It’s in your face, and it makes a big impact. Not only is it completely on trend in terms of what’s popular among millennial crowds, it also relays a deeper message about being strong, confident, real, and owning it. Part of the lyrics say, “I was thinking about it twice, fake like someone else, that’s not how I do it.” It also plays to the attitude of an unapologetic “bad girl,” someone who’s rich, glamorous, empowered, and is admittedly not just your ordinary “nice girl.” “All of your bucket list I bought it, pulling and pushing you far away I do it however I want. Because I’m a bad girl, whether you like me or hate me or whatever anyone says, when the bass drops it’s another banger.”

A lot of reactions and comments online said that it reminds them of 2NE1’s hit “I Am the Best,” which is a valid point given the songs’ similar themes of being fierce, “all that,” and proud. It’s also important to note that both songs came from the same producer. Both groups, however, are different and slayed in their own way. “DDU-DU DDU-DU” is the latest bop song of this generation, and at the same time, the hits before it also deserve mad respect.

The characters that the girls represent

Each member of BLACKPINK has her own unique personality offstage, and the characters they played in the MV showed another side to their stage personality.

Jennie has always been a queen, and it shows in this MV where, at the beginning, she’s sitting elevated on a chessboard wearing a colorful dress and of course, a crown. She is knocking down chess pieces while singing, “When you say ‘Black,’ we say ‘Pink,’” in the first verse. “We are pretty savage.” 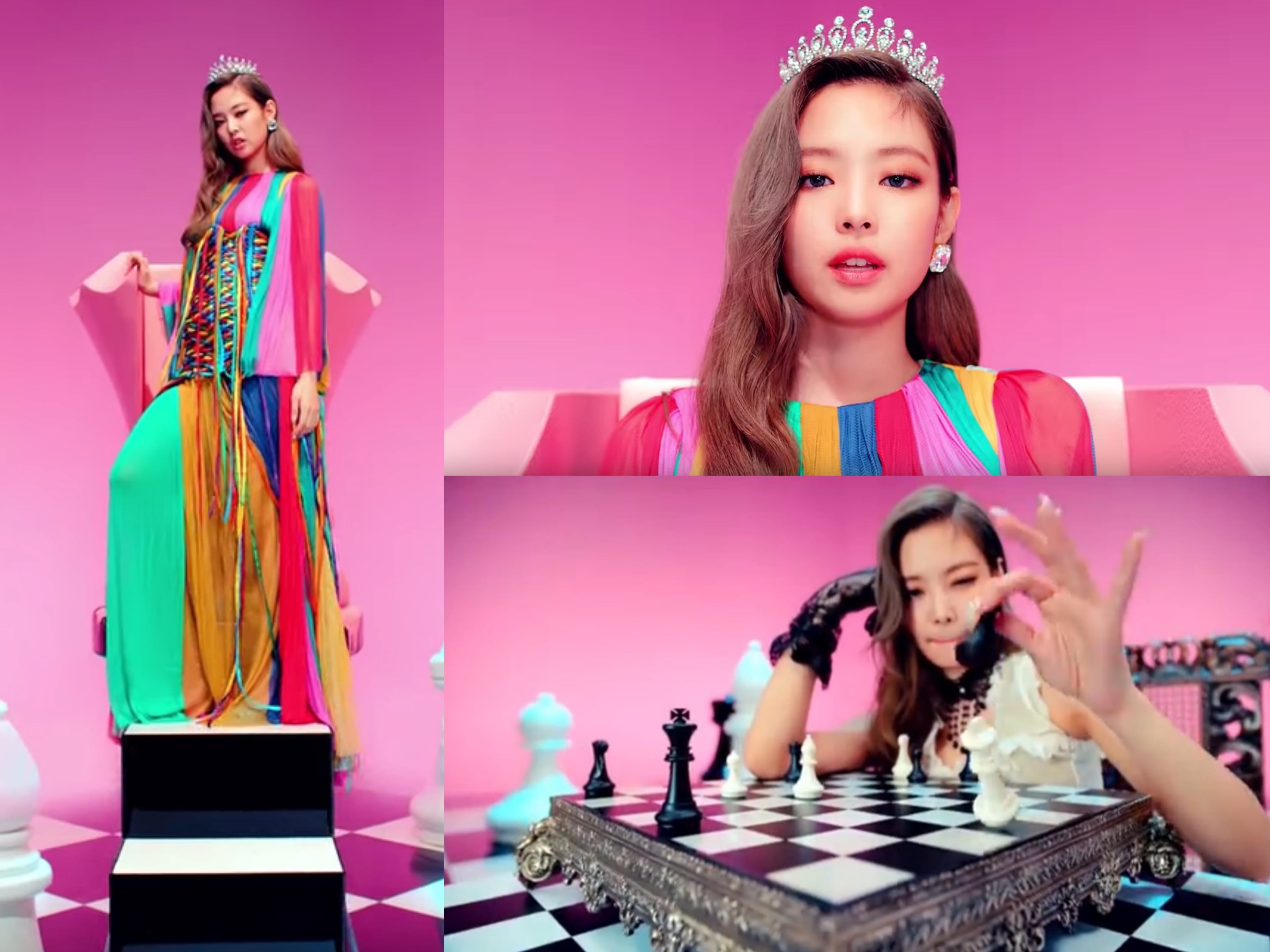 Lisa is showered with wads of pink-colored cash inside a safe, while holding a sword with the words BLACKPINK engraved on it, which means she’s literally and figuratively slaying. “Our two hands are full of a fat check,” she raps. “If you’re curious, fact check.” 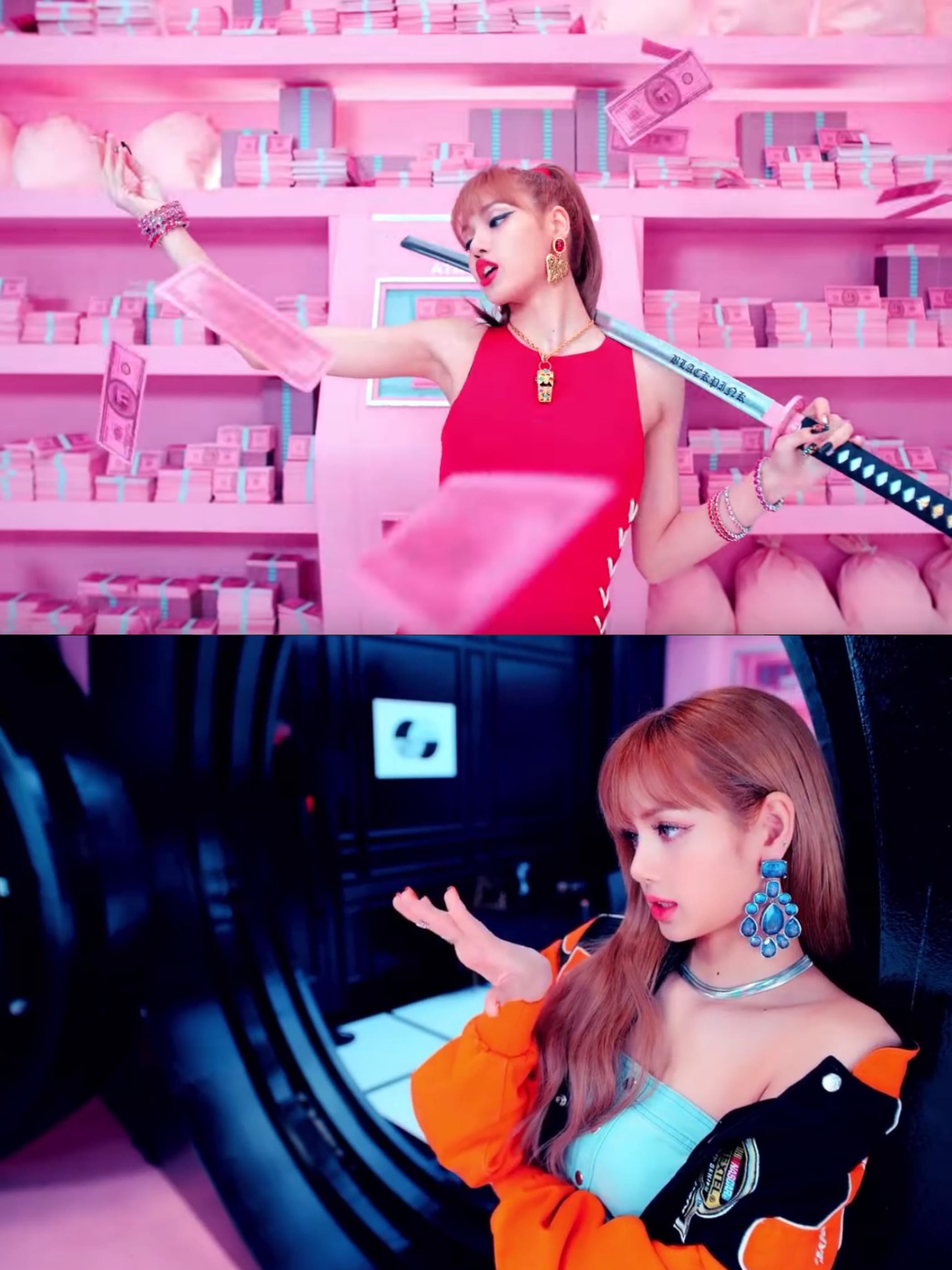 Rosé is dressed up like a stunning goddess standing on top of a pedestal in a bedazzled gown and the wind blowing in her hair. If you look closely, there is another “Rosé” looking at her from below. She was also shown sitting on a beautiful chandelier with an equally gorgeous dress, taking everyone’s breath away. Later on she’s surrounded by flowers and dressed in red, befitting her name, Rosé. 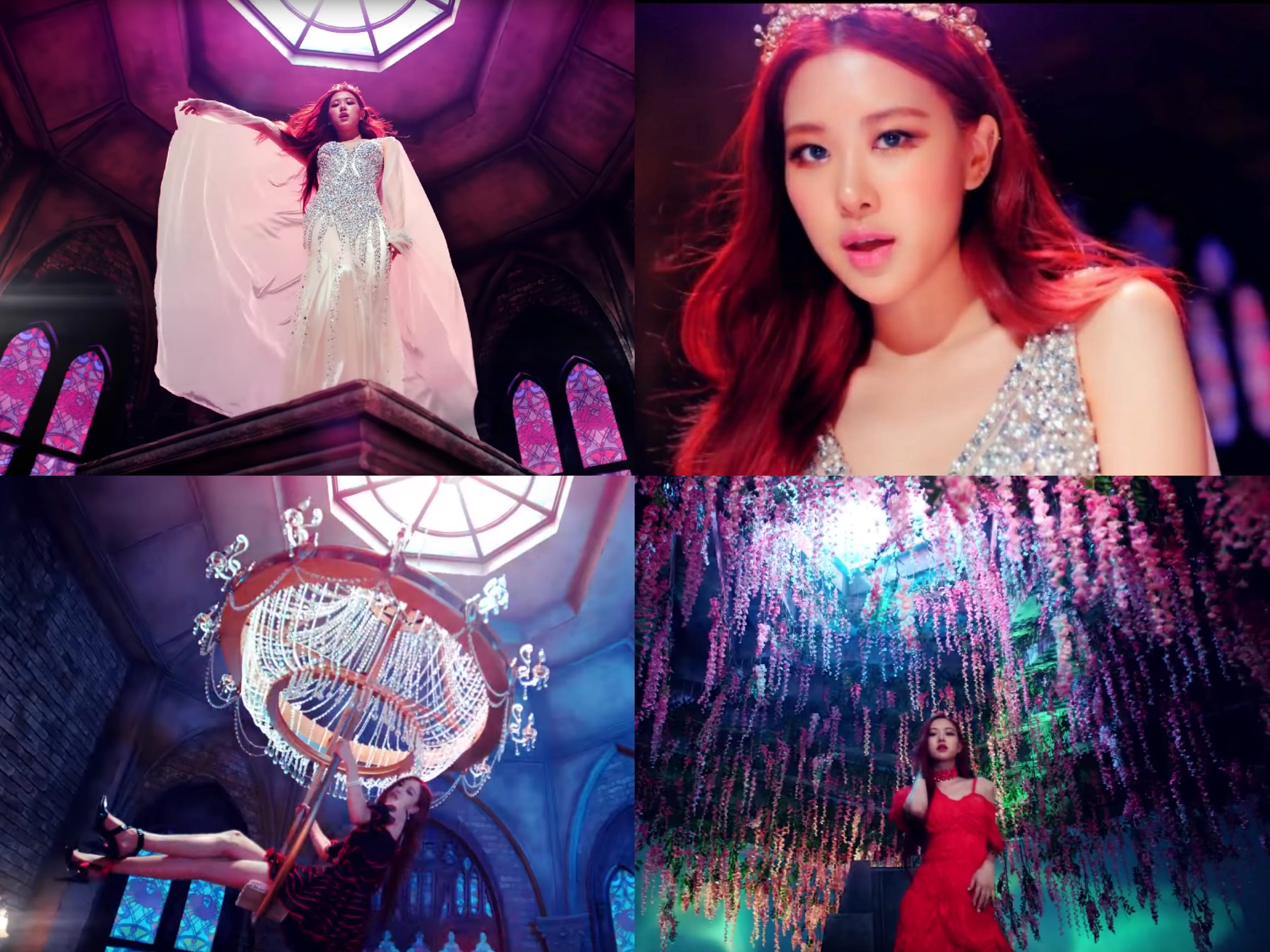 Jisoo is standing on a set with upturned cars, specks of fire and water raining down on her while wearing a glamorous black outfit straight out of a film noir, and a group of guys taking photos of her as if literally shooting her.

It’s been a while since we’ve seen Jennie rap, and here we can see her whole new level of confidence as she delivers her verses with spunk and style.

Jennie sits on a sparkling tank, “casually” making an entrance. 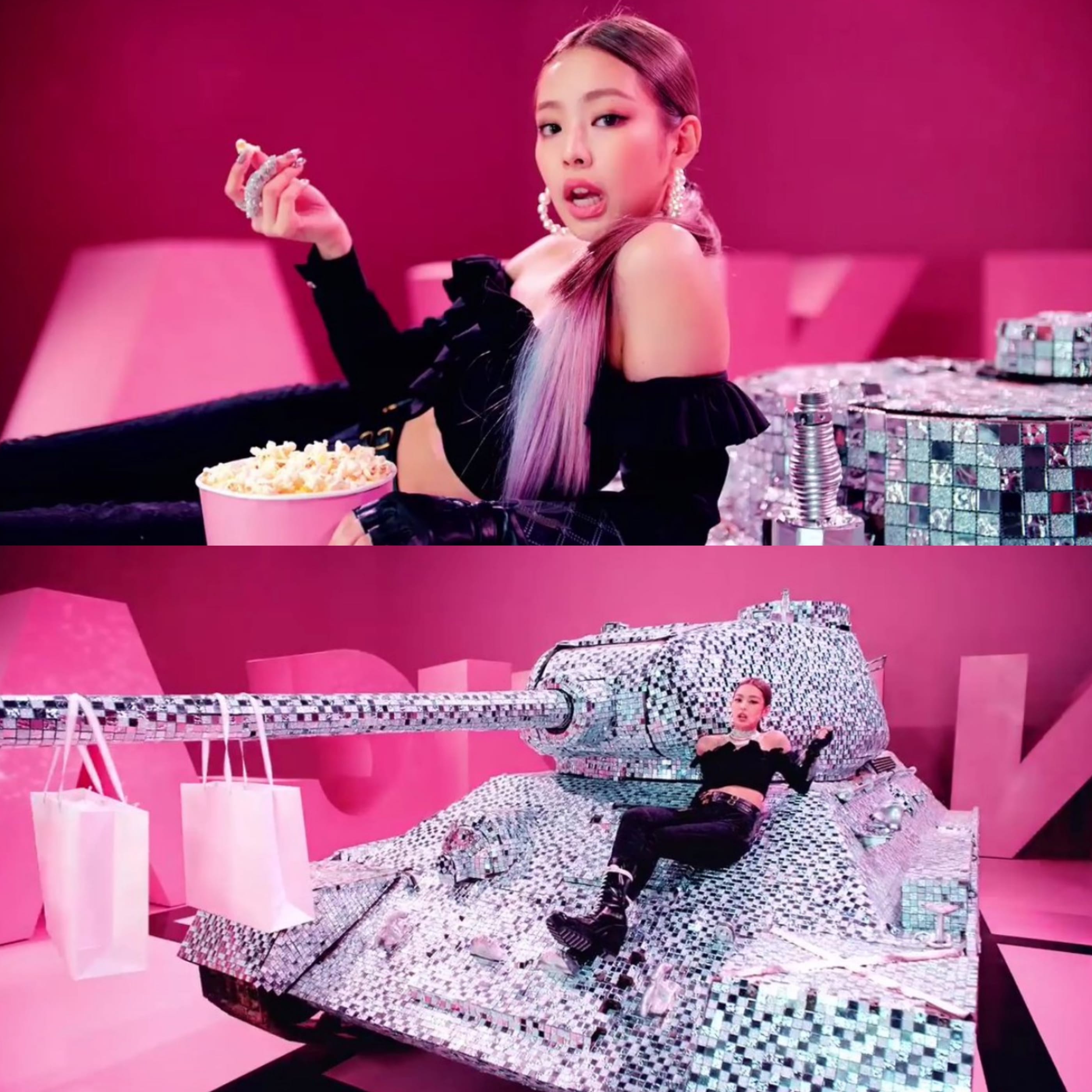 So many glam shots, so little time

Jisoo has always sported long, black, soft waves, and it’s refreshing to see her in a pink bob which shows a much fiercer, fashion forward image. 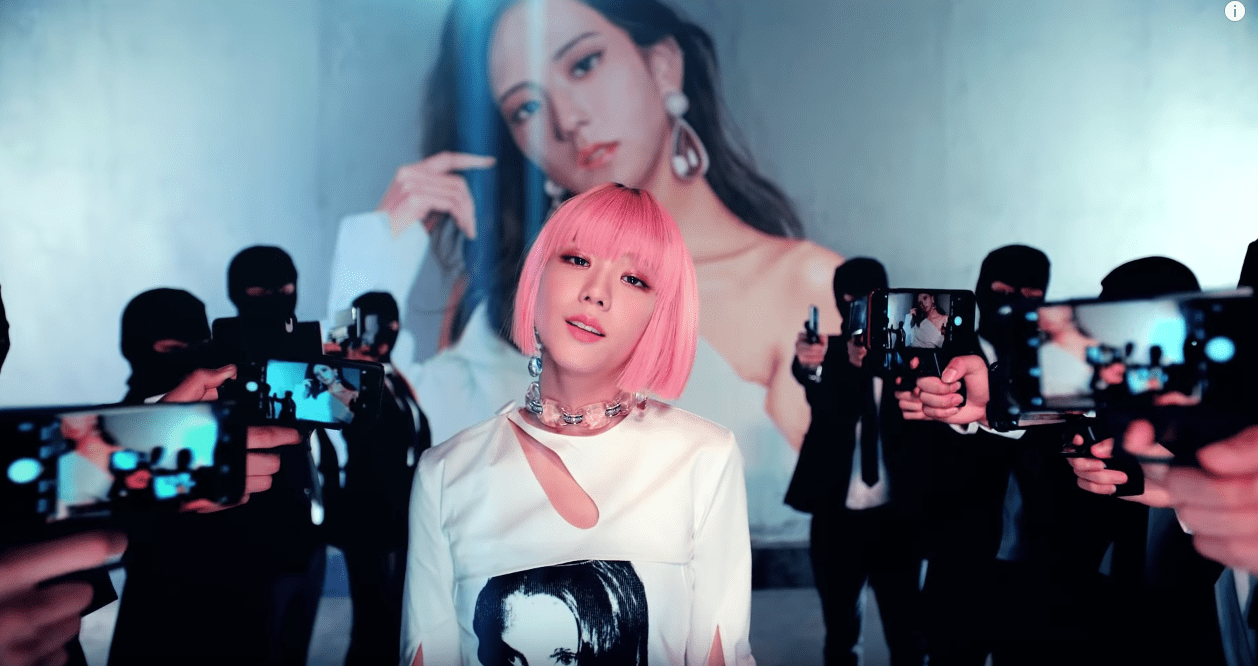 The girls are definitely showing their signature glam and swag with a dramatic finger-shooting dance and slow, sleek moves. If you notice during the dance break, the set changes into a structure designed after traditional Korean architecture, which may allude to the traditional-sounding instruments infused within the track. Their formations and rotations are on point, making sure that each member gets the equal amount of spotlight.

What’s a BLACKPINK video without high end designer clothes and accessories? It’s another fashion show with several notable “it” items such as Jennie’s wide-brimmed hat (which I’m guessing is from Jacquemus), Lisa’s spiked heels and turquoise thigh high boots, Rosé’s stunning dresses (she had the most feminine looks), and Jisoo’s clear platform heels and big accessories. There are so many head-turning looks and unexpected trends that their innovative stylists pulled together, and of course, these were amplified by the girls’ confidence and innate sense of style. 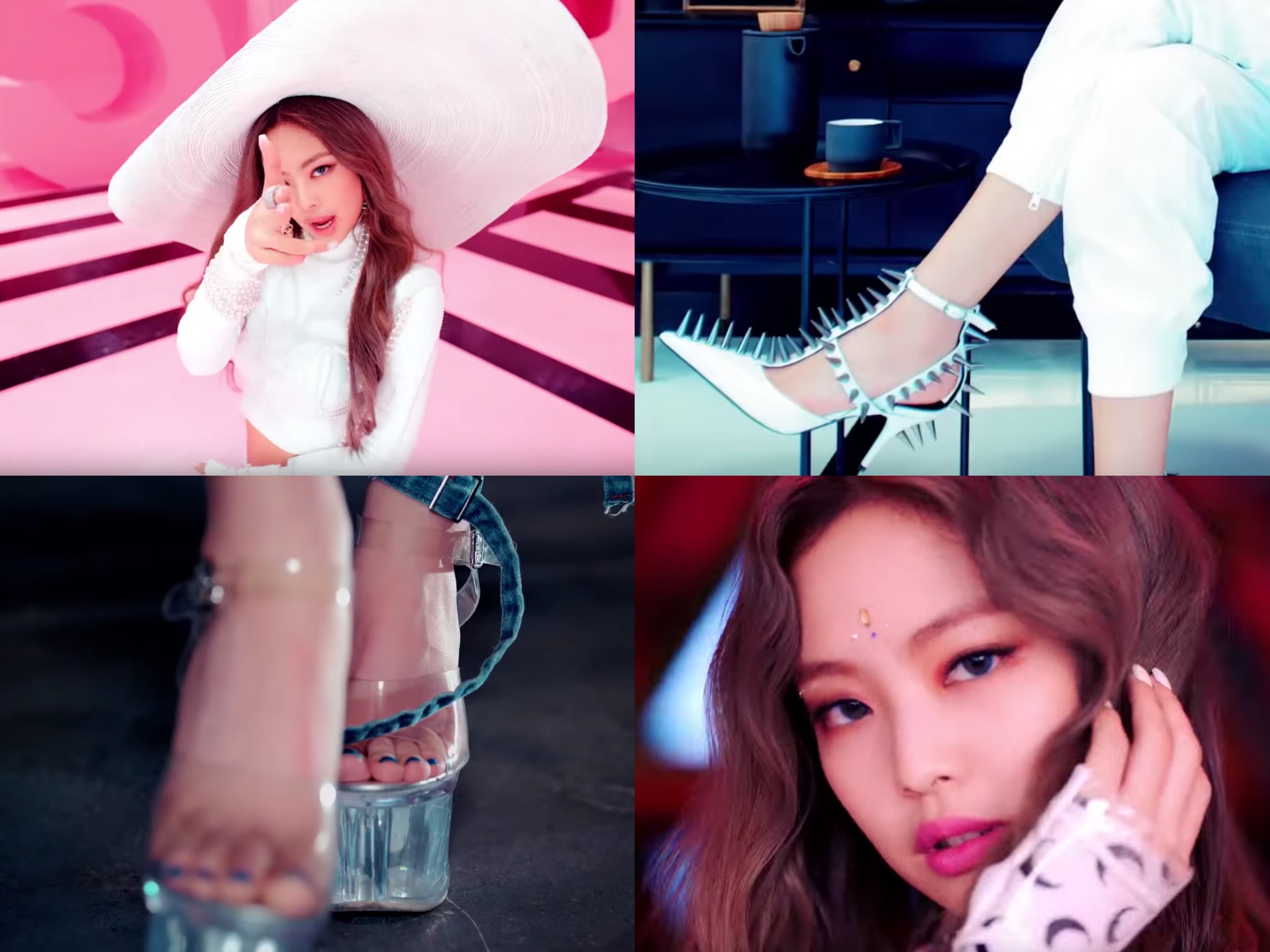 Also deserving of credit are these precious, adorable little guests that made short appearances in the video. 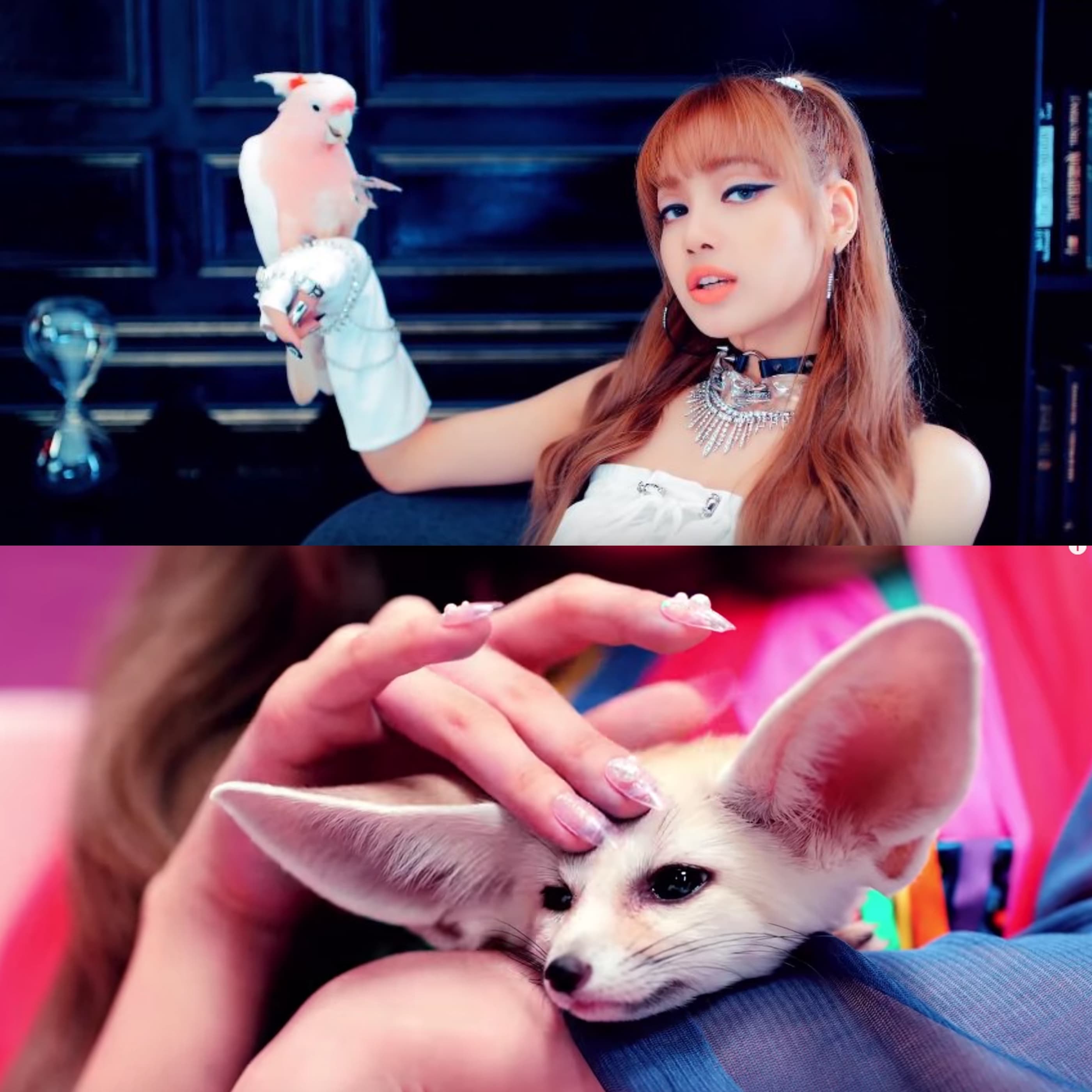 Hey Soompiers! What do you think of BLACKPINK’s newest music video so far? Tell us in the comments below!