The rankings were determined through an analysis of the consumer participation, media coverage, communication, and community awareness indexes of 445 boy group members using big data collected from May 14 to June 15.

Wanna One’s Kang Daniel continued his impressive run at the top of the rankings, claiming first place on the list for the 11th consecutive month. The idol saw a slight decrease in his brand reputation index since May, with his score falling by 8.75 percent to 12,576,383 for June.

BTS swept the next six spots in the rankings, with all seven of its group members enjoying significant increases in their brand reputation indexes since May. Jimin, Jin, Jungkook, V, RM, and Suga claimed No. 2, 3, 4, 5, 6, and 7 respectively on the list for June.

Wanna One and BTS dominated the rankings this month, with members of the two groups taking all of the top 14 spots. 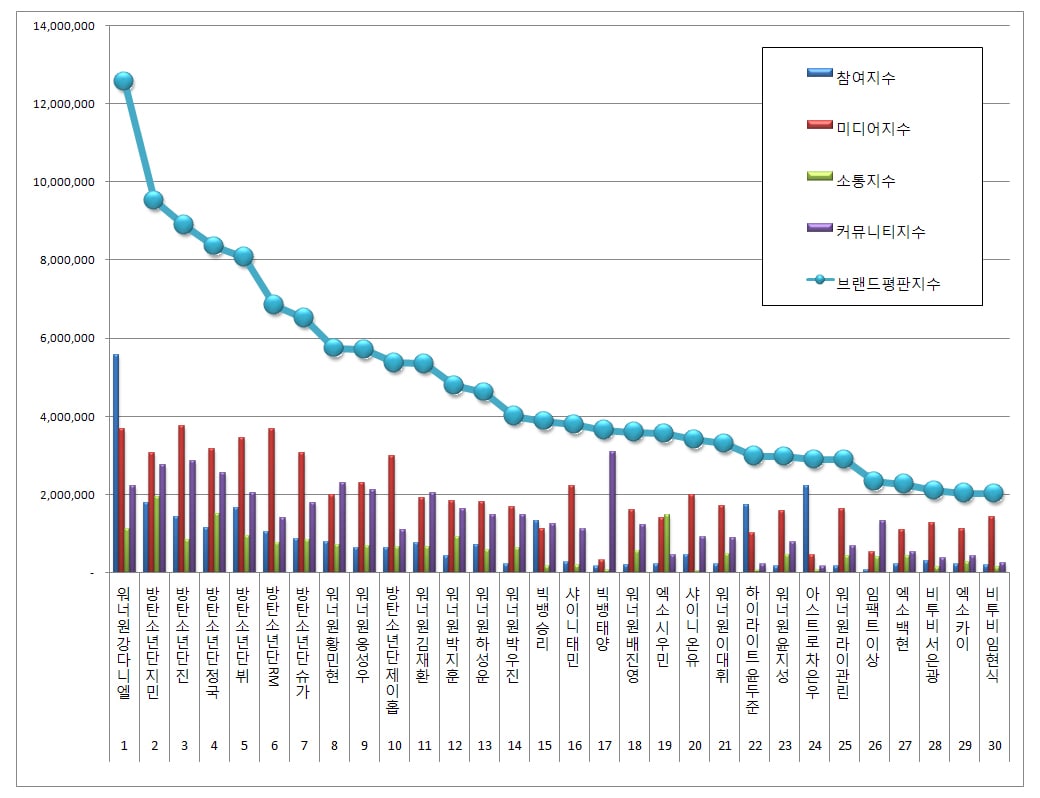