SHINee’s Minho appeared on the June 16 episode of JTBC’s “Ask Us Anything” and challenged a story that Super Junior’s Kim Heechul had previously shared.

The episode featured guest appearances by SHINee’s Key and Minho, as well as comedienne Jang Do Yeon. While talking about a variety of topics, Minho brought up a story that Kim Heechul had shared in the past about “SM’s Passionate Trio.”

According to Kim Heechul, “SM’s Passionate Trio” are TVXQ’s Yunho, Super Junior’s Choi Siwon, and SHINee’s Minho. He claimed that when the three get together, they are so passionate about the future of Korean culture and K-pop that not even Lee Soo Man, the founder of SM Entertainment, will sit next to them. 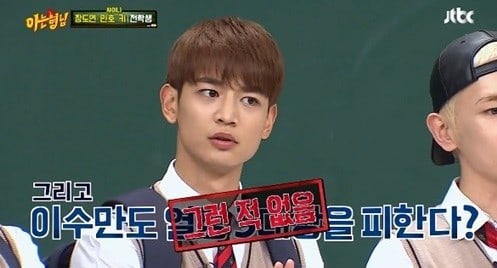 Minho said, “[Because of Kim Heechul’s story,] Everyone really thinks that’s true.” Then he said, “In actuality, the three of us have never gotten together like that, and Lee Soo Man has never avoided us.”

Key added, “As a matter of fact, it’s actually Kim Heechul that Lee Soo Man avoids!” The Super Junior member denied the claim and said that he’d even been contacted recently by Lee Soo Man to spend time together. To this, Key replied, “He doesn’t know it’s happening because it’s happening to him.” 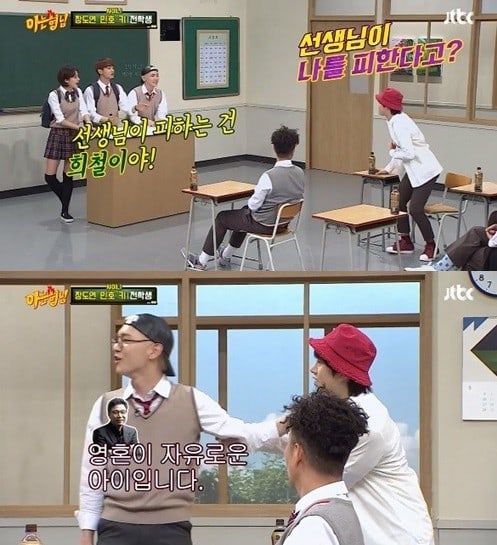 Key then had everyone laughing as he borrowed a pair of glasses and impersonated Lee Soo Man as he explained, “He gets this expression on his face that I’ve never seen before and he says to Kim Heechul, ‘He’s a child with a free soul,’ and walks away!”

SHINee
Super Junior
Ask Us Anything
Minho
Kim Heechul
How does this article make you feel?