The members of “Master in the House” will be doing their best to score an invitation to Park Ji Sung’s home in London and filmed a hilarious promotional video for the upcoming World Cup.

Previously, Park Ji Sung appeared on SBS’s “Master in the House” as the show’s 11th master. With an invitation to Park Ji Sung’s home in London on the line, Lee Seung Gi, Yang Se Hyung, Lee Sang Yoon, and BTOB’s Yook Sungjae gathered together to face off with the former Manchester United player on the soccer field. Despite having a massive advantage of 4:1 on him, they were unable to defeat him.

Park Ji Sung then suggested that they do a kick-off instead with the invitation to his home still valid if they scored a goal. In released photos, the members show just how much they want to visit the soccer star at his home in London, as they strategically position the soccer ball and massagw the kick-off player’s arms and legs. 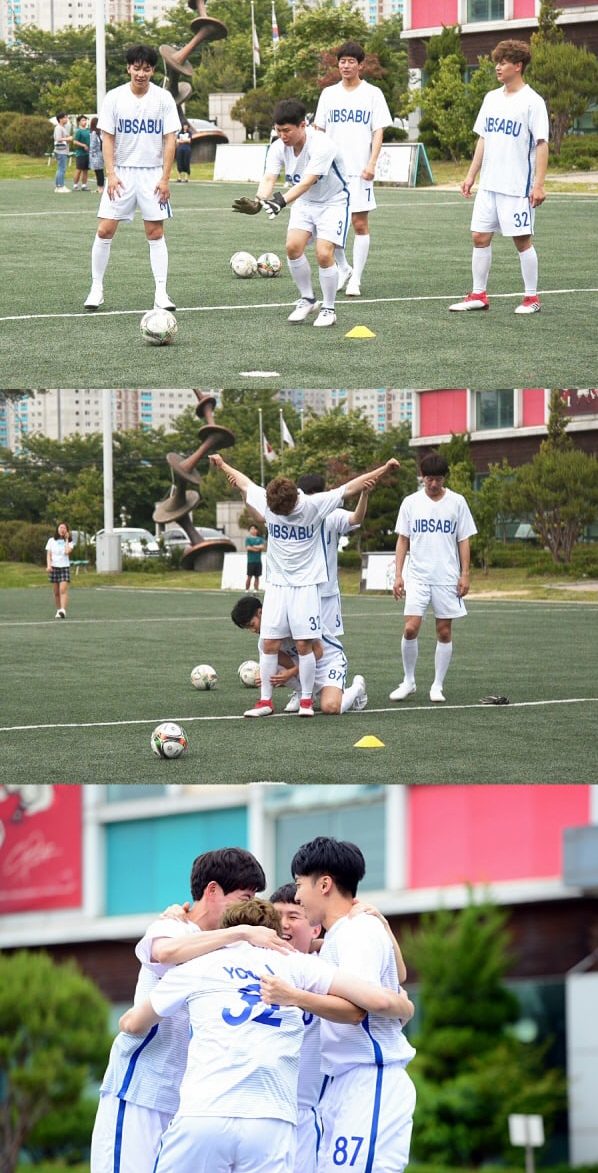 The members hilariously chanted spells when kicking their goals, showing just how desperately they wanted to visit London. They also strongly expressed their joy whenever a goal went in and their disappointment a goal missed. On the other hand, Park Ji Sung showed his determination and his wariness of the members’ soccer skills as he promised, “I’ll have to properly do this [kick] now,” when it came to his turn to kick the ball.

The members and Park Ji Sung also filmed a short promotional video for the upcoming SBS coverage of the world cup in a preview. They assigned various hilarious roles for each other. Lee Sang Yoon was showered in ice water by Lee Seung Gi and Yang Se Hyung while Yook Sungjae was hit in the rear with a soccer ball by Park Ji Sung.