On the latest episode of “Ask Us Anything,” SHINee’s Minho and Key shared their thoughts on what they considered Super Junior’s Kim Heechul’s recent change in personality.

The two idols appeared as guests on the June 16 broadcast of the JTBC variety show, where they talked about their past memories of their labelmate and what he used to be like during their rookie days.

Key remarked, “Heechul’s personality has really changed a lot since the past,” with Minho agreeing, “That’s so true.” Key went on to explain, “Back then, he was too scary for us to approach. He didn’t go out of his way to scold us, and he never said anything mean to us. He was just hard to approach.”

Minho added, “These days, Heechul is easy to joke around with, and he knows how to take a joke while also making us look good. Once in a while, I’m really surprised by how much he’s changed.” 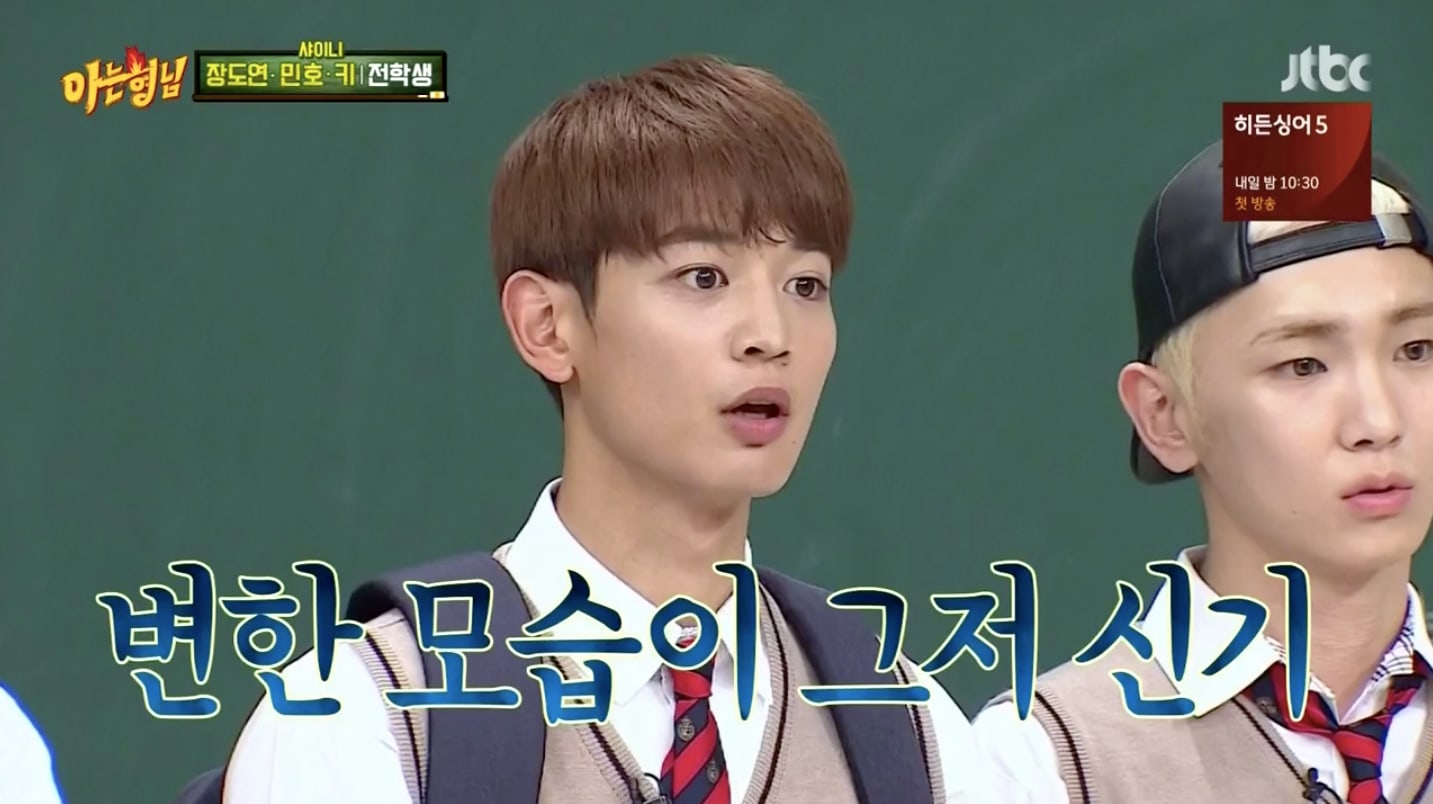 Minho also revealed that he greeted Heechul differently from the other Super Junior members, saying, “I always bow 90 degrees whenever I see Heechul.”

When Kang Ho Dong asked why, Minho replied, “Exactly 10 years ago, when I was a rookie, I greeted Heechul while bowing 90 degrees, and he said, ‘Don’t greet me like that!’ I thought I had been polite and wondered if I had done something wrong, but [Heechul] said, ‘If you’re going to continue to greet me like that 10 years from now, then you can greet me [with a 90-degree bow]. Otherwise, just greet me less formally.'”

“Ask Us Anything” cast members Lee Sang Min and Seo Jang Hoon then jokingly complained that Heechul never bowed to them or greeted them formally, in spite of their significant age differences. 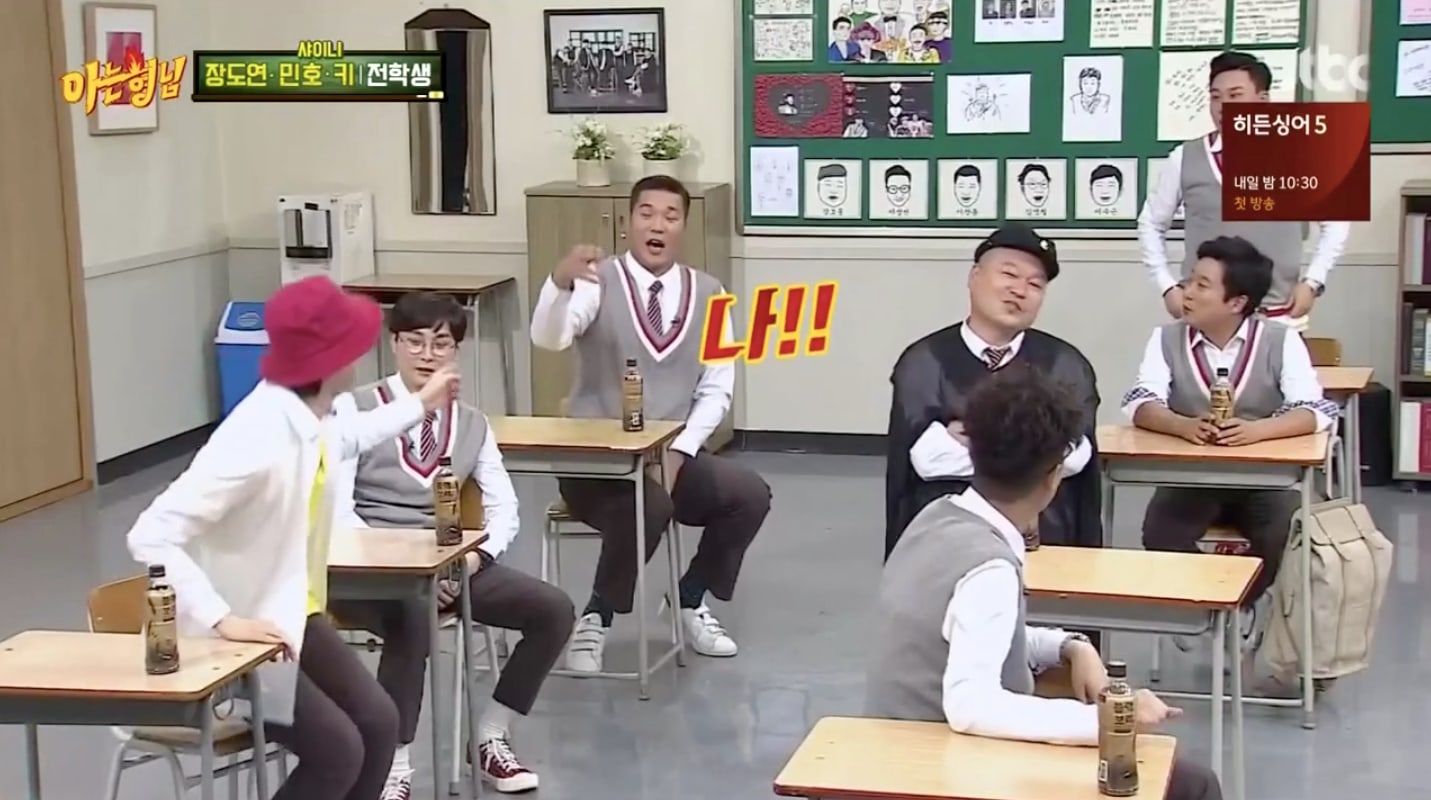 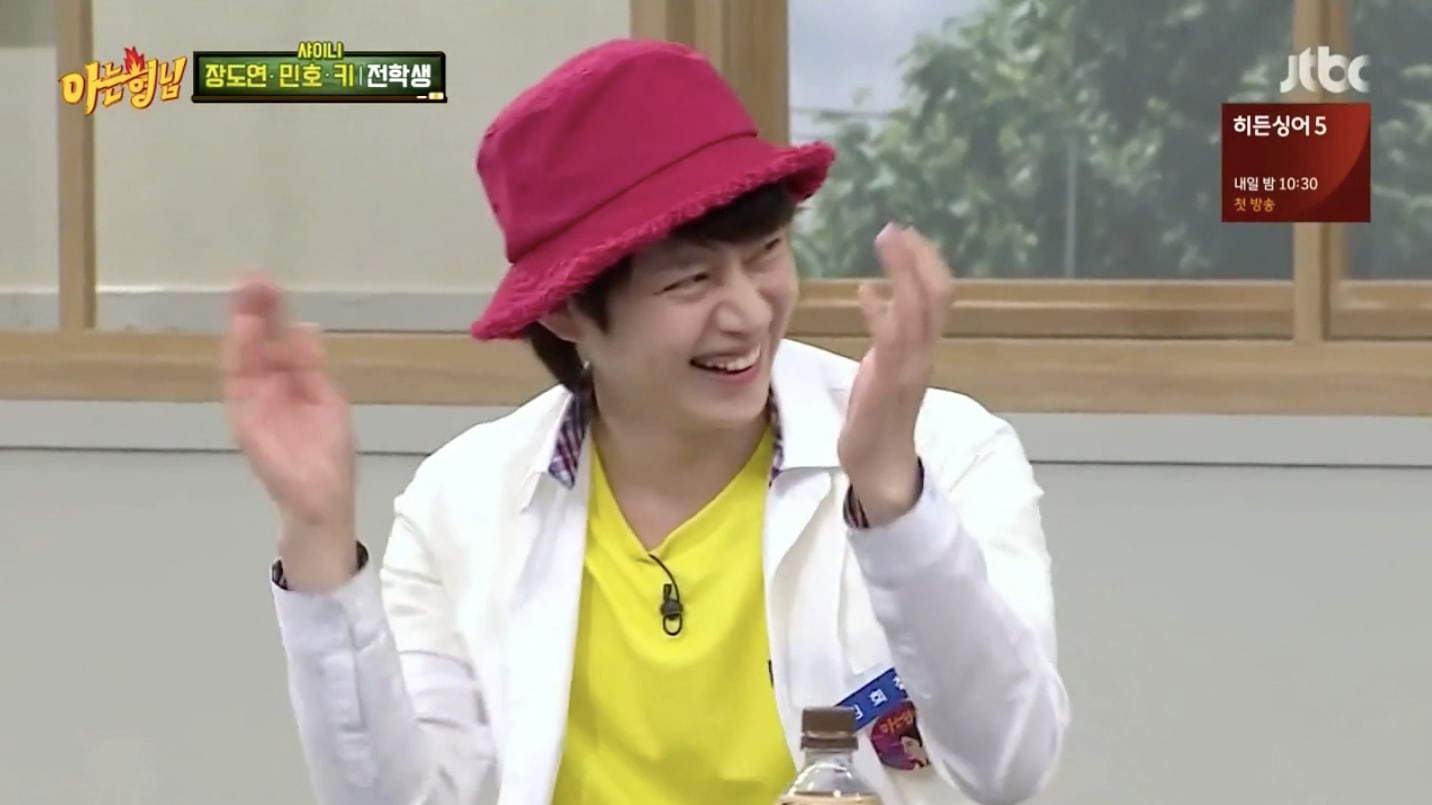 SHINee
Super Junior
Ask Us Anything
Key
Minho
Kim Heechul
How does this article make you feel?