Ryu Jun Yeol shared why it was difficult to act in his latest movie “Believer.”

The actor said, “If I was able to prolong my acting because of small tricks, this movie was difficult because those didn’t work. I had to act as a quiet, expressionless character. I had prepared [for the role], but during the first filming the director firmly told me I was doing it wrong, so I had a mental breakdown.”

He added, “Lines are a weapon to make the actor comfortable. If there were lines, I could easily act out my part, but since I barely had any lines, I was worried about how to express my emotions. I had no idea if I was doing well or not, but there were more and more signs of approval, and one day, I had an enlightenment. If I thought I was emotionally shaken, I always made a mistake, and if I thought I was emotional, I was approved. If Jo Jin Woong gave me a nod after I exchanged emotions with his character Won Ho, then that means I did well. Those were the happiest moments.”

When asked what this movie meant to him, Ryu Jun Yeol shared, “The poison in this movie has multiple meanings, such as strong people, drugs, and so on, but I felt strongly that it meant to fought alone. So I was able to look back on myself a lot. You need to fight and win by yourself in order to be happy to meet other people. This is especially true for actors like us who meet many people all the time.”

Ryu Jun Yeol also talked about being an actor who is only concerned about living in the present. He said, “When I look back at my work, I don’t remember when and what I did. I’m just looking forward. I worry about the [production releases], but even if it doesn’t work out, [my disappointment] doesn’t last long. Even if I feel anxious and distressed, I’m not going to quit. I want to be an actor who who works hard today without worrying about my results.” 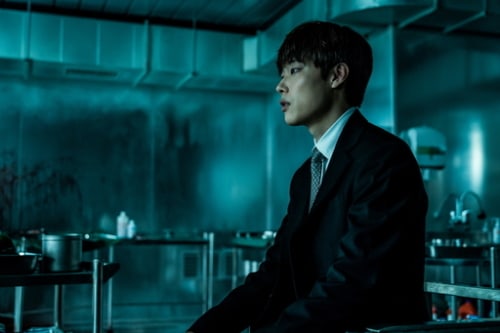 “Believer” is an action movie that revolves around catching the boss of the biggest drug ring in South Korea. To catch him, Detective Won Ho (Jo Jin Woong) works with a member of the drug ring, named Rak (Ryu Jun Yeol). The movie is now the fastest Korean movie to reach 3 million moviegoers this year.

Ryu Jun Yeol
Believer
How does this article make you feel?