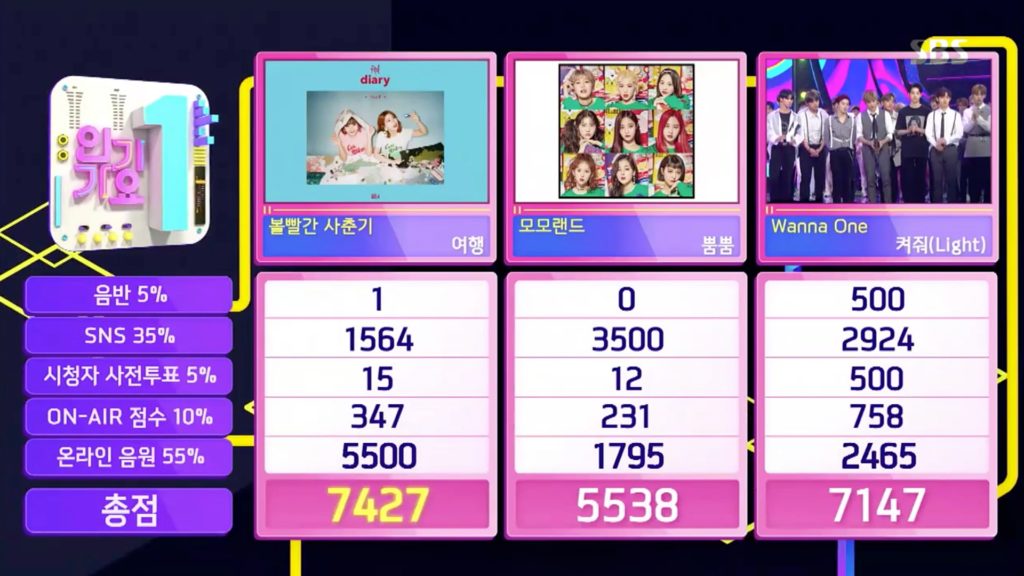 The June 17 episode of SBS’s “Inkigayo” had Bolbbalgan4’s “Travel” up against Wanna One’s “Light” and MOMOLAND’s “Bboom Bboom.” First place went to Bolbbalgan4, with Wanna One coming in at second place and MOMOLAND in third.

Check out some of the performances below!

MARMELLO – “The moment of glory”