Kim Jong Kook couldn’t hide his smile when he met his female partner for the day on SBS’s “Running Man.”

The female celebrities wrote down a characteristic about themselves and the male members chose the one that appealed to them the most. Kim Jong Kook chose, “Heart-racing satoori [dialect] queen.” Despite the other members’ guess that it might be Lee Guk Joo, it actually turned out to be Seo Eun Soo.

Kim Jong Kook broke out into a big smile and pumped his fist into the air when he learned who it was. Yoo Jae Suk said, “Kim Jong Kook doesn’t usually react like this when we select partners.” When the new couple stood side-by-side, many of the cast members commented, “You guys look good together.” Haha revealed, “She’s the type of woman Kim Jong Kook likes. A natural beauty,” and jokingly referred to her as his soon-to-be sister-in-law.

Yoo Jae Suk reminded everyone about today’s mission which was to find the “thief.” Haha said, “I don’t think any of that’s important for Kim Jong Kook today,” and Yang Se Chan suggested, “You guys should lay out a picnic mat and just hang out.”

Seeing Kim Jong Kook laugh, Song Ji Hyo commented, “Oh! He’s not getting mad!” Kim Jong Kook then said to his partner, “Don’t misunderstand. I’m not the type to get angry or anything” and everyone reacted in disbelief to his unusually calm demeanor. 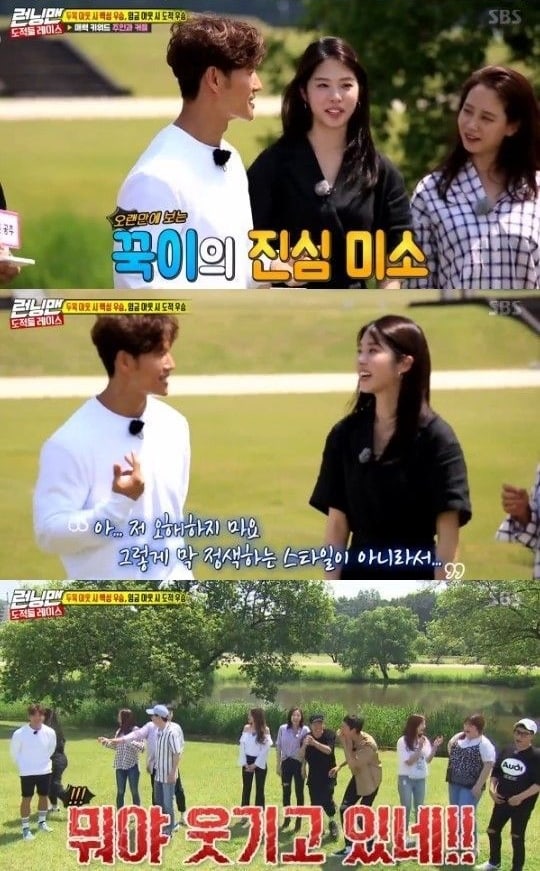 In the car, Lee Kwang Soo and Jun So Min sat in the backseat and commented on how nice it was to see Kim Jong Kook and Seo Eun Soo acting lovey-dovey.

When Kim Jong Kook asked, “How’s this lovey-dovey when we have a big age gap?” Seo Eun Soo replied, “What’s so important about age?” He answered, “It can be uncomfortable for Seo Eun Soo. I’m old.”

Although this was her first variety show appearance, Seo Eun Soo competed fiercely and showed off her strength during the mission. Later at the restaurant, the members commented on Seo Eun Soo’s strength. Haha said, “It’s been a while since we’ve had a strong female character,” and Ji Suk Jin purposely added, “It was like seeing Yoon Eun Hye in the past.” 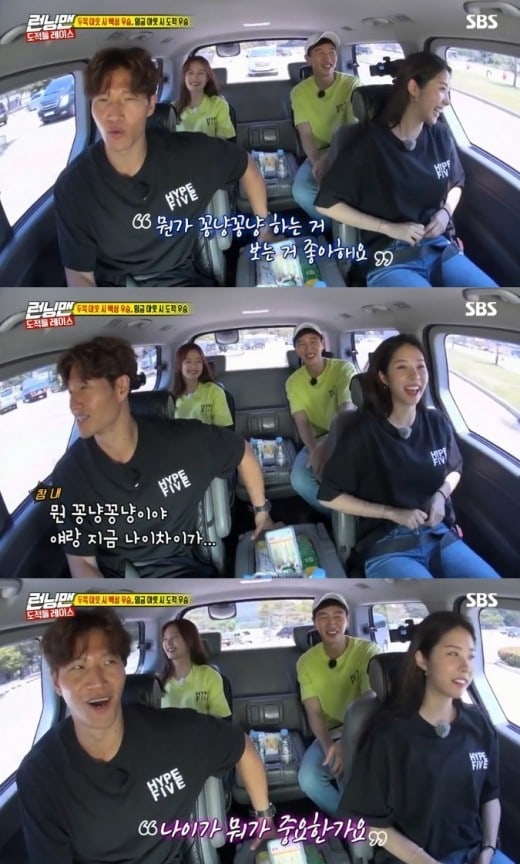 “Running Man” airs on Sundays at 6:25 p.m. KST. Check out the latest episode below!