BLACKPINK has swept the charts with their latest hit!

On June 18 at 1:30 a.m. KST, Instiz’s iChart confirmed that the song had hit No. 1 on the realtime and daily charts of all six major music sites (Melon, Genie, Bugs, Mnet, Naver, and Soribada), as well as iChart’s realtime and weekly charts. 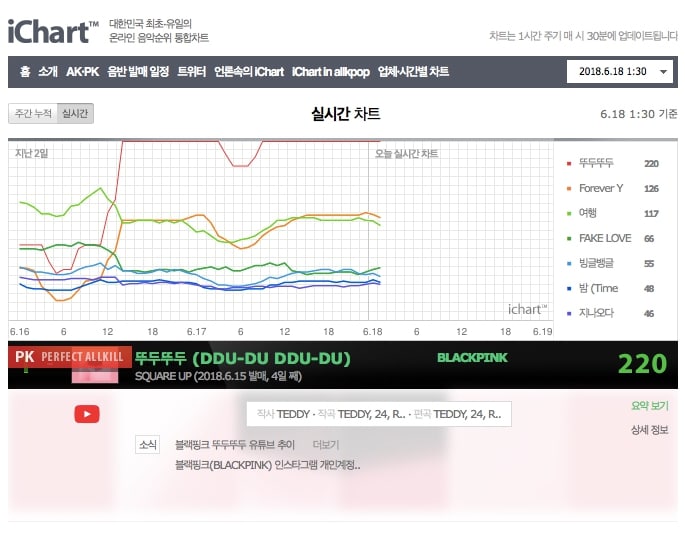 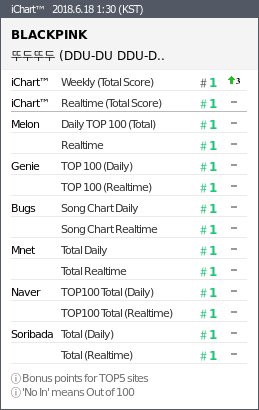