Yoo Yeon Seok shows off the cold side to his character for “Mr. Sunshine.”

Upcoming tvN drama “Mr. Sunshine” is about a man who left Korea when he was a boy and returned as an American soldier in 1871, at a time when Korea is undergoing a period of change. The drama will notably be reuniting writer Kim Eun Sook and director Lee Eung Bok, who previously collaborated on hit dramas “Descendants of the Sun” and “Goblin.”

In the drama, Yoo Yeon Seok plays Goo Dong Mae, the son of a butcher who rose up the ranks of the Black Dragon Society, and became its head. He returns to Korea to meet the daughter of a nobleman Go Ae Shin (played by Kim Tae Ri).

In the released photos, Yoo Yeon Seok has swords strapped to his waist and appears to be heading somewhere with his subordinates. With his wild hair and joyless expression, he exudes an icy charisma. 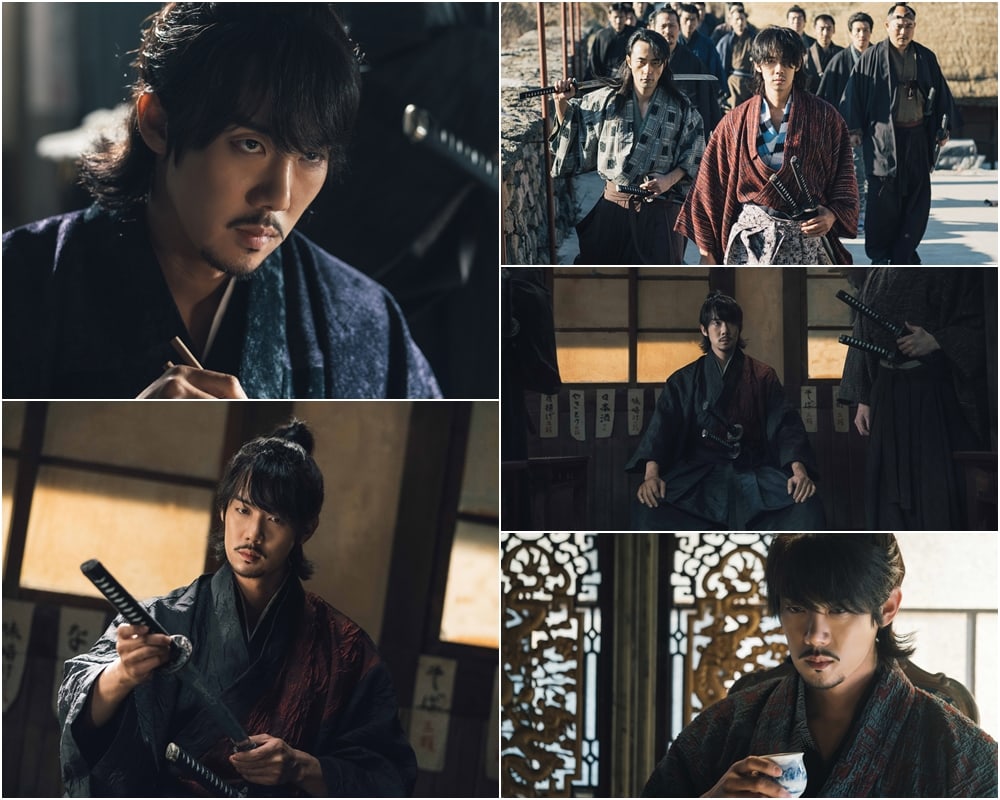 “Mr. Sunshine” will be the actor’s drama comeback in a year and a half, as he previously appeared in “Romantic Doctor Kim.” It was reported that he impressed staff members with his passion towards his acting during filming, and that he had even prepared learning swordfighting before filming started.

A source from the production staff stated, “Yoon Yeon Suk’s character Goo Dong Mae is a dual-sided character as he is someone that will coldly, unhesitatingly strike someone down with his sword, but is also filled with fiery affection for Go Ae Shin. Yoo Yeon Seok has been thoroughly researching and interpreting his character, so please look forward to his transformation into Goo Dong Mae.”

Yoo Yeon Seok
Mr. Sunshine
How does this article make you feel?