H.O.T. And SECHSKIES Talk About Their Heated Former Rivalry And Current Friendships

Members of H.O.T. and SECHSKIES appeared on the June 17 episode of JTBC’s “Hidden Singer 5” and shared memories about their fiery competition back in the day.

The episode revolved around participants who sound like H.O.T.’s main vocalist Kangta. His member Tony Ahn was a panel member, as well as Eun Ji Won and Kang Sung Hoon from SECHSKIES.

The two groups showed their confidence in recognizing Kangta’s voice. Tony Ahn commented, “I can recognize Kangta’s voice very well because I’ve heard it for 22 years.” Eun Ji Won stated, “H.O.T. debuted one year earlier than SECHSKIES. That’s why I heard [Kangta’s voice] many times while practicing before I debuted. I can even recognize Kangta just by hearing his breathing.”

Kangta remarked, “The two songs competed for first place in a music program, and SECHSKIES took first place. It was a song I had written, so I remember feeling guilty because I thought it was my fault.”

The two groups might have been rivals back in the day, but now, they have naturally become friends. Kangta shared, “After some time passed by, I went to karaoke with Kang Sung Hoon. I sang ‘Couple’ back then.” Kang Sung Hoon added, “I heard Kangta sing ‘Couple’ SM style.” 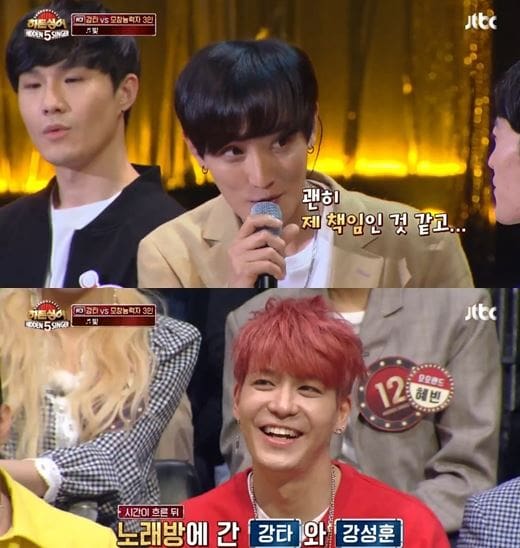 Eun Ji Won also shared, “As time passed by, the members of H.O.T. and SECHSKIES became friends, so we thought the competition between our fans would stop, but that wasn’t the case. Even nowadays, there are some people who purposely introduce themselves to me by saying, ‘I was H.O.T.’s fan back then.'”

Tony Ahn added, “I even live with SECHSKIES’s Kim Jae Duk, you know? So there are some fans who ask me to deliver gifts to him.” 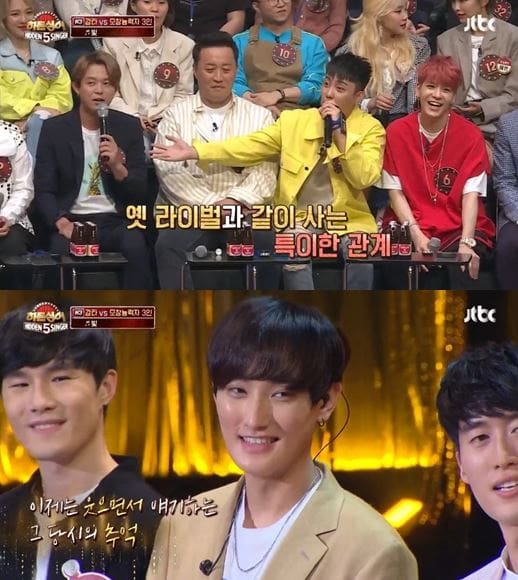 SECHSKIES
H.O.T.
Hidden Singer
How does this article make you feel?