Jung Ryeo Won recently sat down for an interview, where she talked about her character Dan Se Woo, the chemistry between her co-stars, and even shared a hidden detail from “Wok of Love.”

The actress is currently starring in SBS’s “Wok of Love” as the sweet and lovable Dan Se Woo. With both celebrity chef Seo Poong (played by 2PM’s Junho) and former gangster Doo Chil Sung (played by Jang Hyuk) in love with her, she has been receiving a lot of love for her rom-com acting.

In the drama, her character recently declared, “My heart is my own,” and promptly kissed Seo Poong on the cheek, surprising everyone. On Dan Se Woo’s direct approach to love, she commented, “Se Woo is very straightforward and innocent. If she likes something, she can’t hide it and isn’t calculating. I like that about her.” When asked if she had anything to say to her character, she answered, “You’re doing well. Don’t shake up things here and there, but go straight, the way your heart is going.” 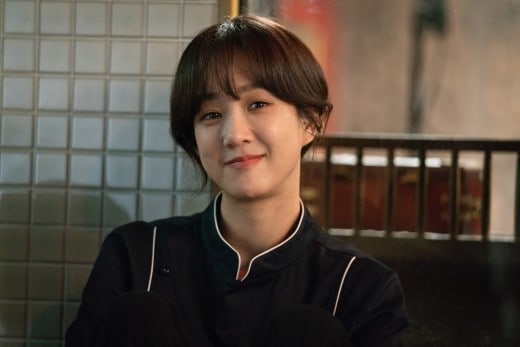 Jung Ryeo Won talked about the fantastic chemistry between her and her co-stars. She explained, “I think the secret to our chemistry is that we work well with each other, and that creates a natural, synergistic effect.”

Jung Ryeo Won also talked about what her co-stars were like. She commented, “Jang Hyuk is serious but sometimes he bursts into laughter like a little kid. If you’re watching him, you can’t help but laugh too because it disarms you. Thanks to him, we have a good time filming.” On Junho, she shared, “Junho has a very charming, low voice so he seems very adult-like, but he also acts very cute to his seniors. We got close on set because we teased and joked with one another.” 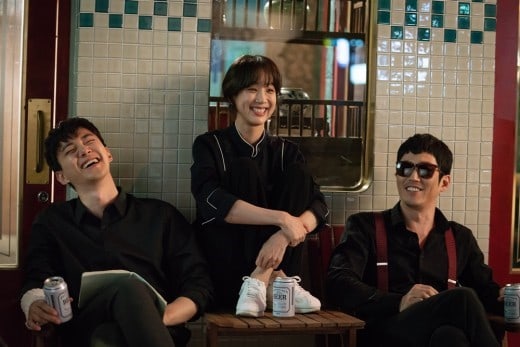 In addition, the actress shared a hidden detail in the show that viewers might not have caught onto yet. She explained, “In episode 8, there’s a scene where Chil Sung tries to hire Se Woo as the boss of the ‘Hungry Wok.’ Poong can’t accept Chil Sung’s decision and contradicts him. Though Poong says some harsh things to Se Woo, he makes a finger heart.” She laughed and continued, “It’s something that we did as a way to foreshadow things on our part, but I don’t think anyone has caught on yet.”

When asked to pick something to look out for in the upcoming episodes, she chose, “I think it’s going to be interesting watching the competition between the ‘Hungry Wok’ and Hwa Ryeon Jeom restaurant. I also think that the sweet romance between Seo Poong and Dan Se Woo, as well as Doo Chil Sung finding out, will add even more fun to the story. Please stay tuned to ‘Wok of Love’ until the end.”