On June 18, comedians and producers Song Eun Yi and Jung Hyung Don talked about music in an interview in the show’s first two episodes. The show follows the pair as they take part in the production of music, all the way from planning a new song to its release.

Song Eun Yi began, “This is not my path. Being a TV personality is not my path. I want to sincerely do music. I dreamt of becoming a singer while pretending to be the singers on TV. I still have that dream.”

Jung Hyung Don explained, “I was a part of an acapella group in high school. I was the bass, but I couldn’t sing in a low pitch so we disbanded. We wanted to become like Boys II Men, but It didn’t work out.”

He continued, “Highlight’s Yong Junhyung told me that my royalties are in the top 10 percent. I have about 30 songs.”

Song Eun Yi revealed, “I’m really into TWICE these days. I became a ONCE. I’m a big fan so I only have TWICE’s songs right now and GFRIEND’s songs.”

She continued, “The start of my music life is Celeb Five. I’m probably the only one who’s active in two girl groups. I like British pop. I wanted to make those kinds of songs, but I thought that it’d be good to make profitable songs.” 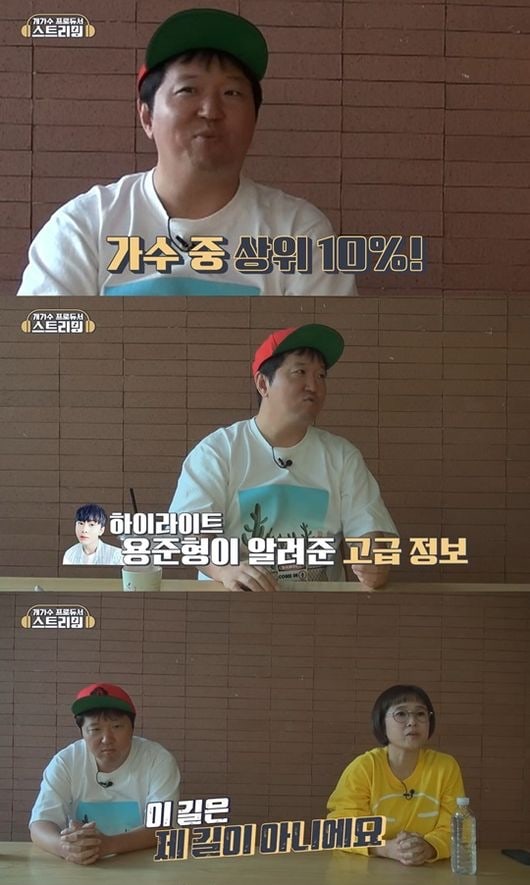 Song Eun Yi said, “After I received the offer for the program, I looked at the karaoke charts. I could tell that the streaming chart and karaoke chart were definitely different. That means that there’s a difference in songs people sing and songs people listen to.”

She continued, “I also learned that there really aren’t any songs after Seo Moon Tak that help women relieve their stress. So, I want to make a song that has the rock spirit.”

When asked about the songwriters they hoped to work with, Song Eun Yi named Black Eyed Pilseung. Jung Hyung Don then named FTISLAND’s Lee Hong Ki and MAMAMOO’s Wheein as singers he hoped to produce for.

Referring to the co-CEO of MAMAMOO’s agency, he said, “I’ll even get on my knees in front of composer Kim Do Hoon to cast Wheein. She really sings well.”

On the strengths of their web variety show, Song Eun Yi said, “We have more of a bright spark than the people who professionally make music.” Jung Hyung Don added, “We have our own plot twist.”

The staff revealed the mission that the two will later compete for the title track which will be selected through votes. Jung Hyung Don joked, “The title track has already been selected. Isn’t it Wheein and Lee Hong Ki’s ‘I Should’ve Told You’?” 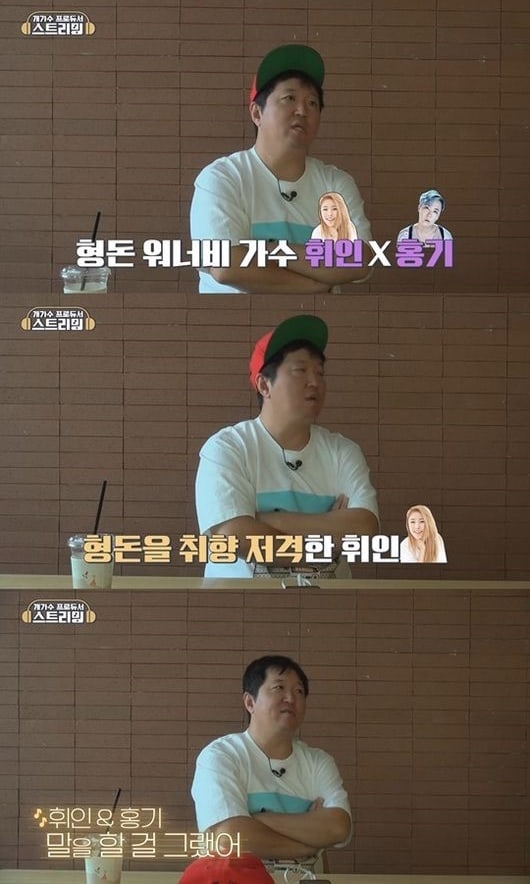