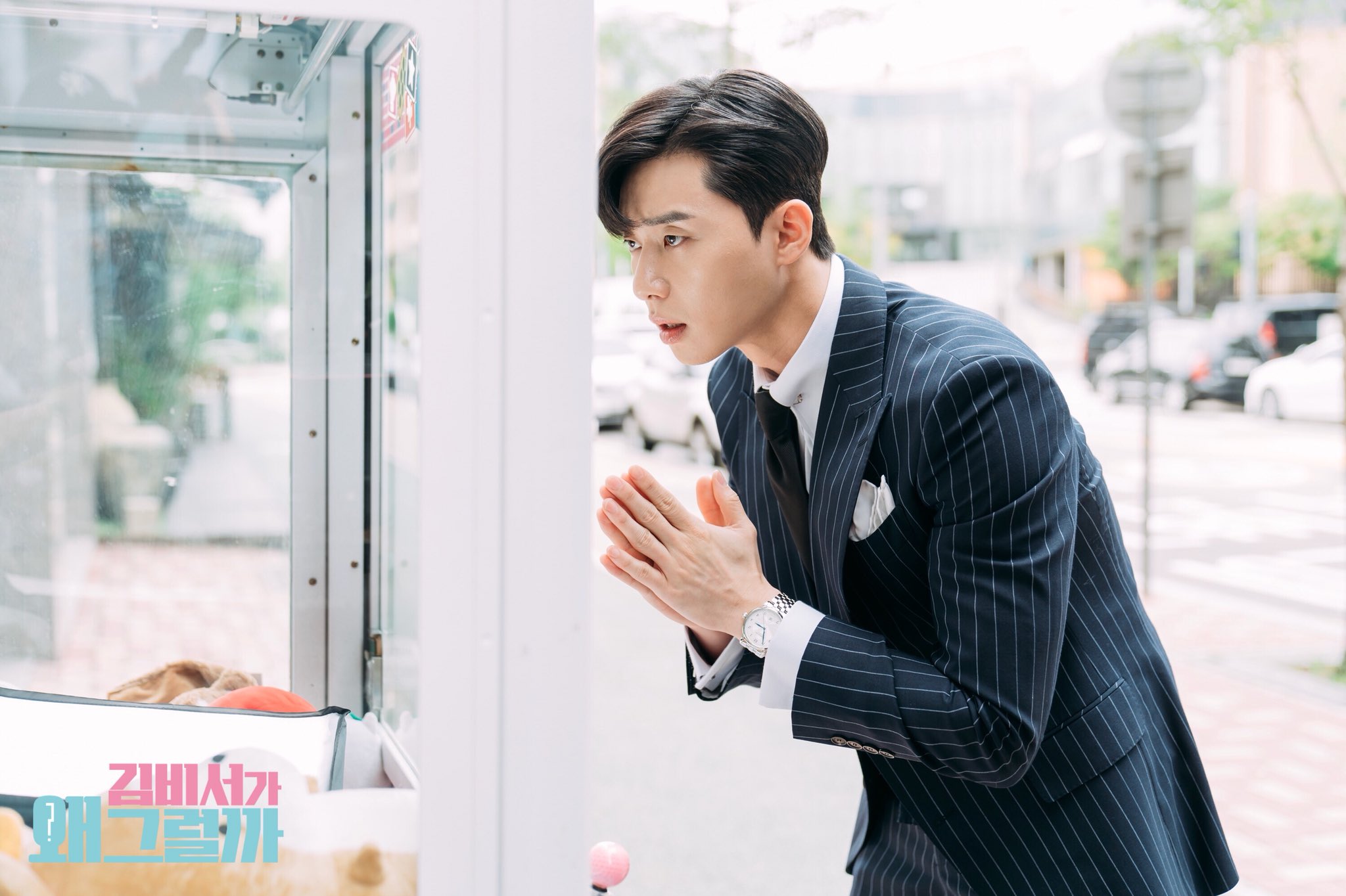 In the new photos, Park Seo Joon can be seen in front of a claw machine looking both determined and focused with hopes of winning a doll or two. It may be just a children’s game, but his purposeful facial expression makes it seem like it’s something more than that. He moves the joystick around more quickly than anyone else, demonstrating his deft hand movements. 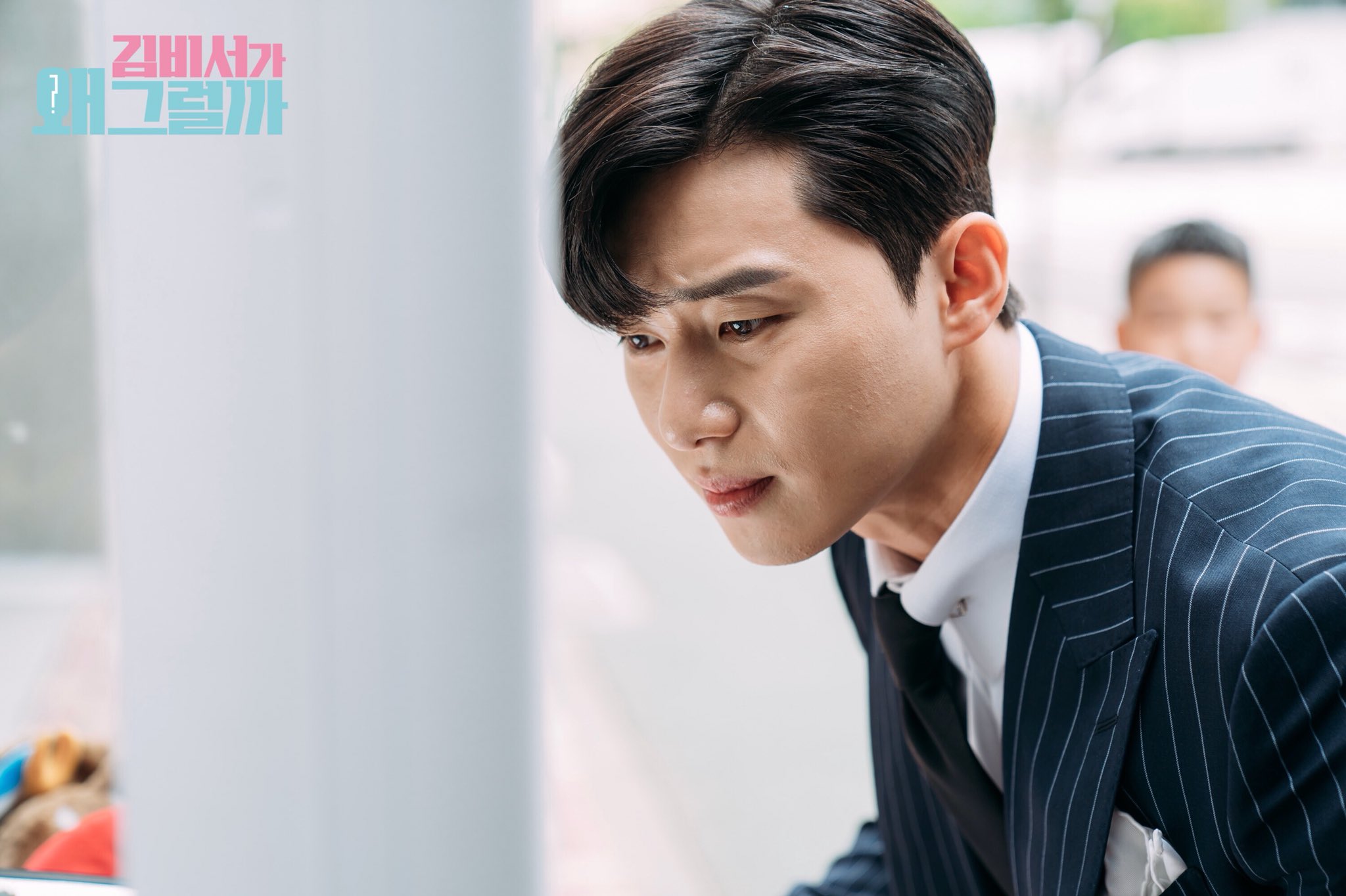 Park Seo Joon finally realizes the elementary-aged kids behind him and throws them a relaxed smile at first but later puts his finger in front of his mouth and hushes them. 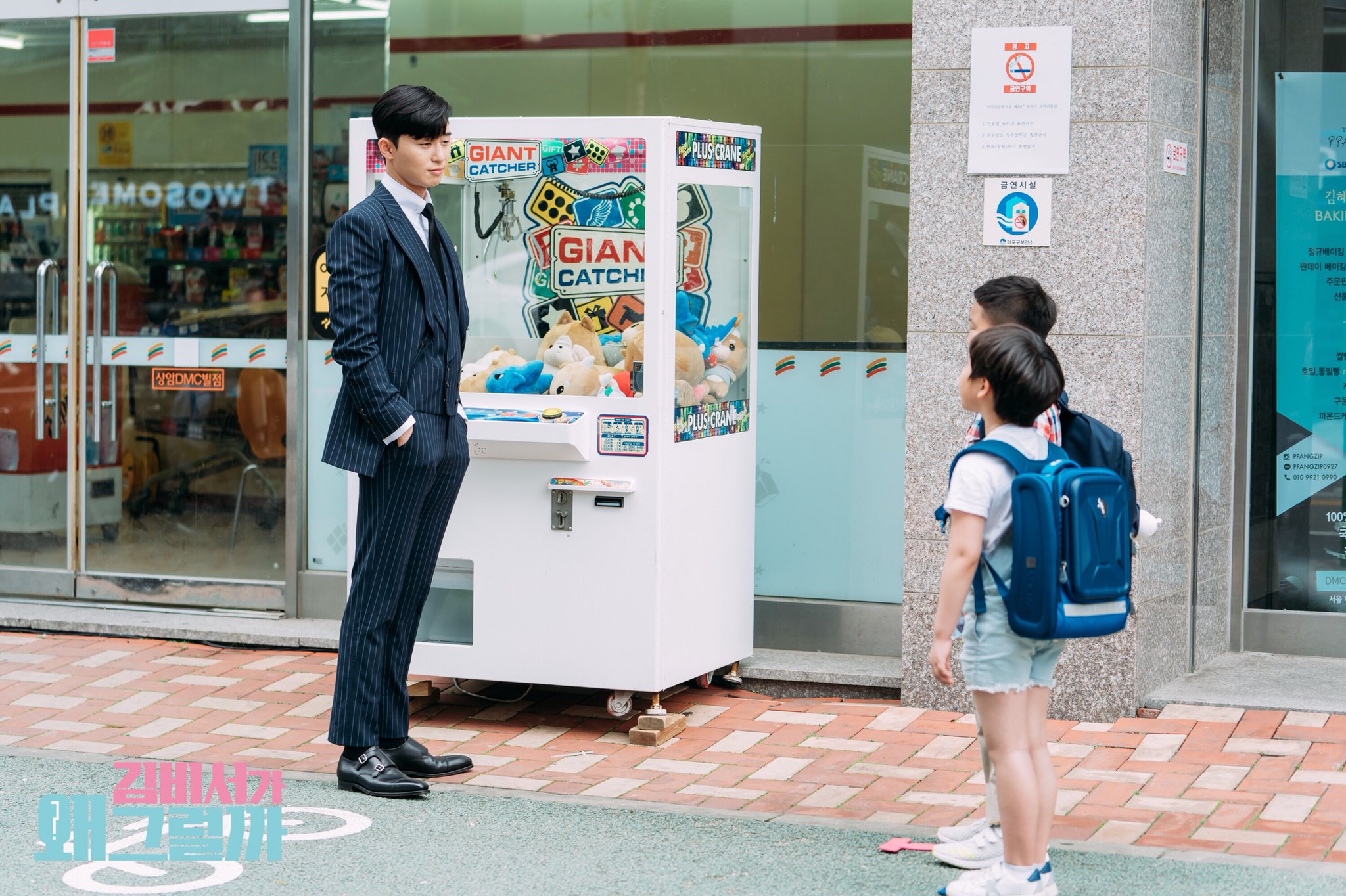 “What’s Wrong with Secretary Kim” recently took the No. 1 spot of the most buzzworthy television dramas for the second time.

The drama airs every Wednesday and Thursday at 9:30 p.m. KST.