WINNER Shares Thoughts On Their Music, Goals, And Most Memorable Moment

WINNER recently took time for a photo shoot and interview with @star1 magazine.

The members showcased their model-like charms as they pulled off outlandish outfits with dark outerwear.

In the interview, WINNER revealed they are still as busy as ever although they have finished promoting their second full album “EVERYD4Y.”

When it was mentioned that the group’s music always seem trendy and “WINNER-like,” the group commented that the feeling of freedom is their music style and explained, “We don’t think that it has to be trendy and new.”

WINNER was also asked about their goals as they approach their fourth anniversary. The members answered, “Goals are endless. We want to continue running without an ending point.”

Regarding their most memorable moment, they shared that it was when the number “4,” which is often considered an unlucky number in Korea, became a lucky number for them. 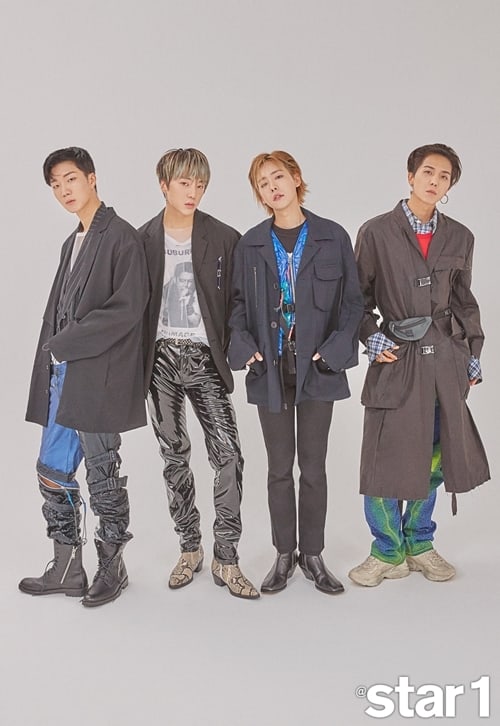 WINNER
@star1
How does this article make you feel?