The three images show her undergoing a wide range of emotions, causing curiosity for what events lead to this. In the first one, she shows a cold gaze with her arms crossed, while she appears extremely shocked in the second photo. She is filled with overwhelming joy in the last photo. 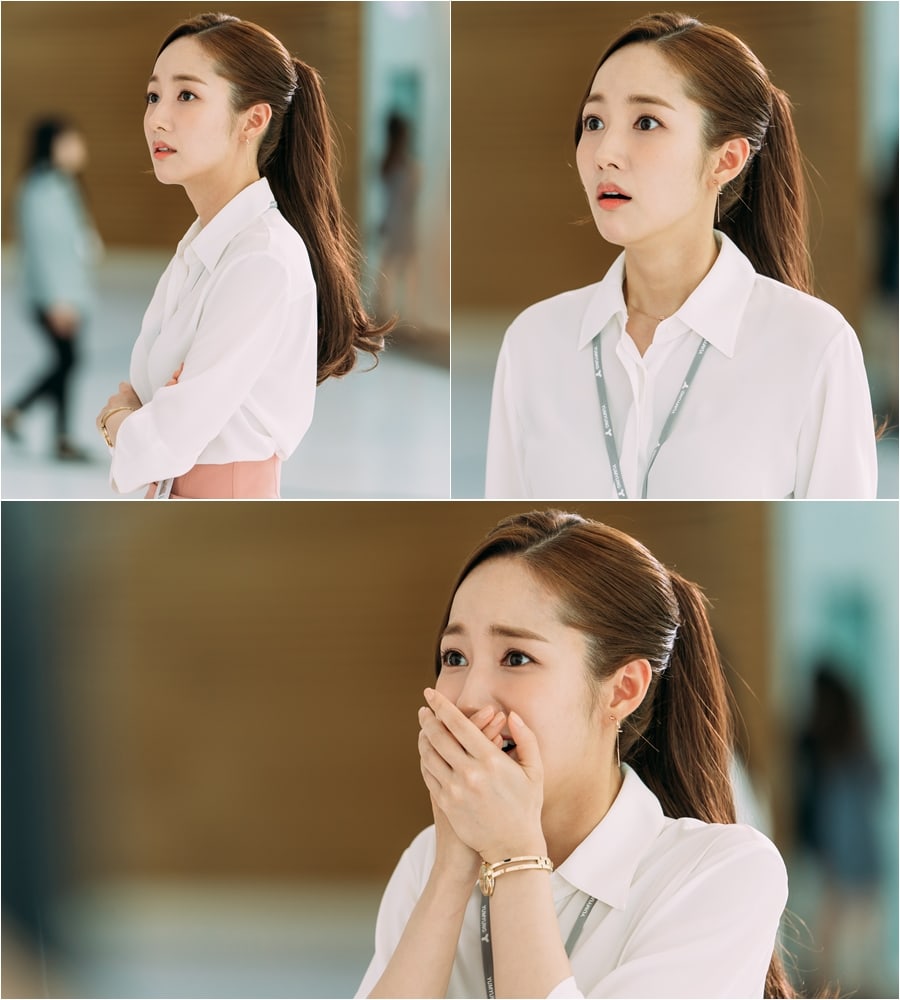 The cause of Kim Mi So’s change in expressions will be revealed on the next episode of “What’s Wrong with Secretary Kim,” which airs every Wednesday and Thursday at 9:30 p.m. KST.