EXO’s Suho and actress Ha Yeon Soo recently sat down for an exclusive interview with Viki!

Suho and Ha Yeon Soo are starring in the romance drama “Rich Man, Poor Woman.” Suho plays the role of Lee Yoo Chan, a narcissistic CEO who is unable to recognize people’s faces, while Ha Yeon Soo takes on the role of Kim Bo Ra, an enthusiastic job seeker with an incredible memory.

During the interview, Suho and Ha Yeon Soo were each asked to describe their characters in just five words. After a moment’s pause, Suho came up with the phrase, “I am the best.” “As a CEO of a company in this drama, I don’t care about what others think and live for myself. So that’s why I thought this would be the best description,” Suho explained. 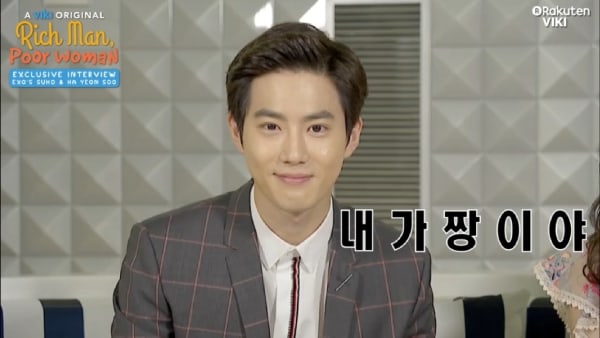 Ha Yeon Soo, on the other hand, struggled to find something catchy. She finally came up with “a human photocopier,” referring to Kim Bo Ra’s ability to memorize anything like a copy machine. 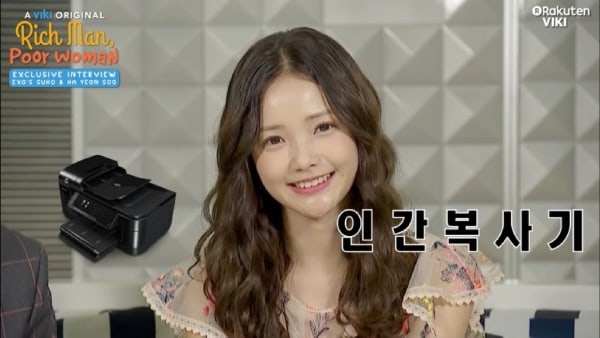 The two went on to talk about how much they identified with their characters in the drama. “Lee Yoo Chan can be annoying, but he’s actually a soft-hearted person inside,” Suho said. “I think he and I are alike in that sense. He and I both have warm hearts unlike what’s shown on the outside.” Ha Yeon Soo also replied that she was very similar to her character besides her incredible memory. 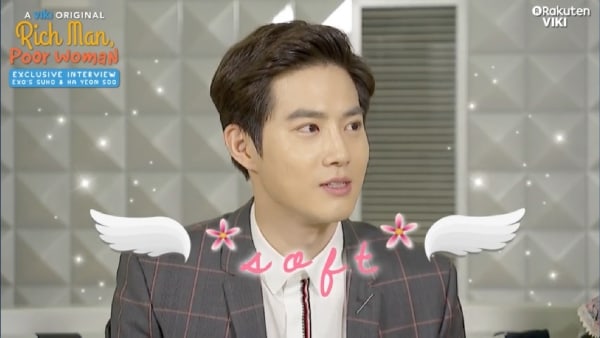 Suho and Ha Yeon Soo were then asked to share one thing they found sweet about each other. Upon hearing the question, Suho passed the microphone to Ha Yeon Soo to which she hilariously replied, “You don’t have one?” The actress began, “First of all, thank you for warming up to me first like a friend and making conversations. I could film with a much-relaxed attitude thanks to you. And I also appreciate your small face!”

Suho then said, “I’m also grateful that you came up to me like a friend and thanks for making it much more comfortable for me to act.” 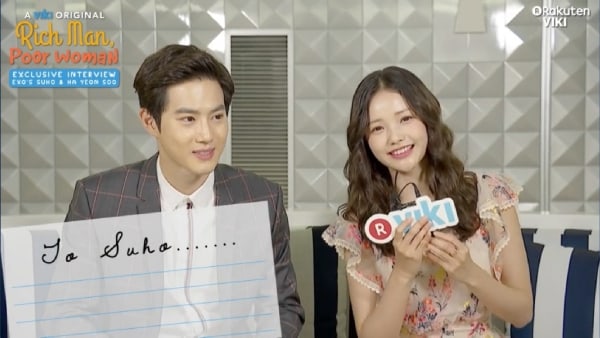 The cast also shared which particular scenes Viki fans will love in the drama. After a moment’s thought, Ha Yeon Soo replied, “I wasn’t in the scene, but there are a lot of kiss scenes between Suho and Kim Ye Won. I daresay those scenes will stir up romantic feelings in viewers’ hearts.” 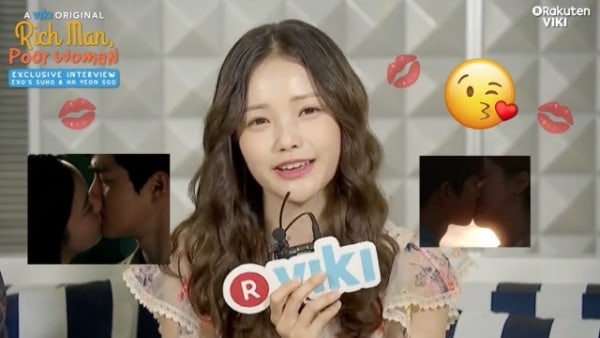 The interview featured a “Would You Rather” game as well. Suho and Ha Yeon Soo were given a choice between two options and they had to reply at the same time after three seconds. They missed the first question as Ha Yeon Soo chose white while Suho chose black, but showed great chemistry as they nailed the next three questions. 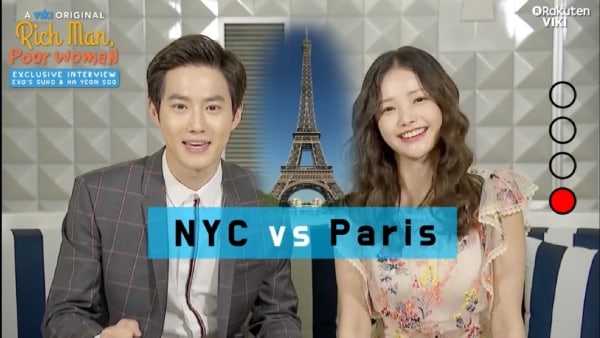 Watch the exclusive interviews below!