2PM’s Junho recently sat down for an interview to talk about his drama “Wok of Love.”

Junho plays the role of Seo Poong, a Chinese cuisine chef who falls from working at a high-end hotel restaurant to a neighborhood joint. “Wok of Love” centers not only on Seo Poong’s cooking but also on his romance with Dan Sae Woo (Jung Ryeo Won). Although he remains blunt and distant in front of Dan Sae Woo, Seo Poong is actually head-over-heels for her.

Junho shared the effort he put into the romantic scenes with Jung Ryeo Won. “I think being natural and making viewers heart flutter are the most important,” he explained. “I’m trying to deliver to viewers the romantic feelings as they are. While filming, we’re concentrating so much that we’re talking with our eyes. We click just by looking at each other.”

When asked if his heart ever fluttered during filming, Junho picked Dan Sae Woo’s imagination scene in episode 19. In the scene, Dan Sae Woo strolls around the park, endlessly replaying Seo Poong’s confession in her head. “In her imagination, Seo Poong repeatedly tells Dan Sae Woo that he likes her. It’s Seo Poong who confesses but it was very fun to watch Dan Sae Woo’s reaction to it,” Junho said. 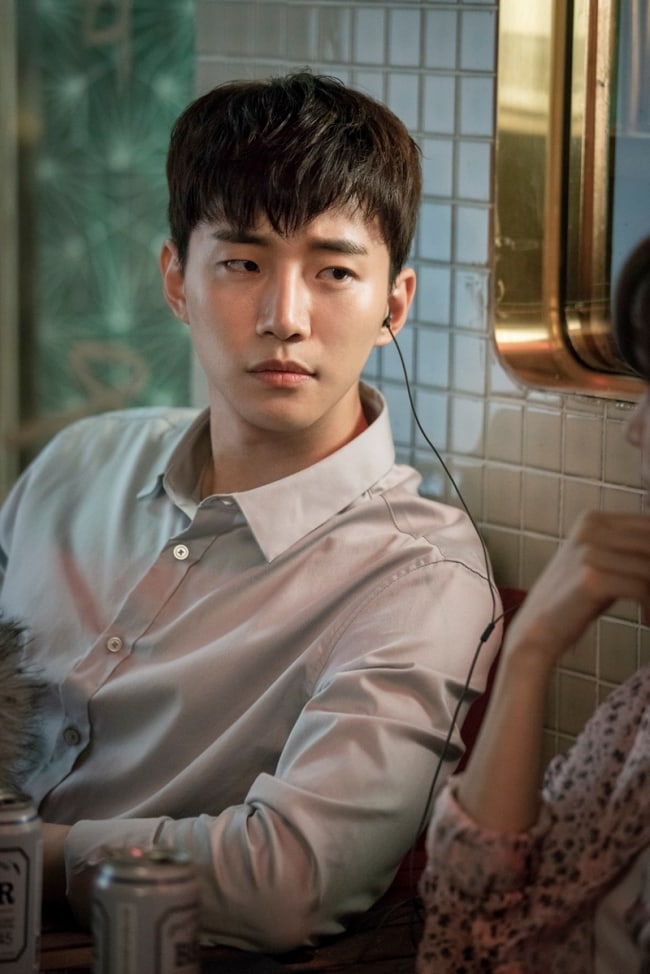 Junho went on to talk about working with Jang Hyuk and Jung Ryeo Won. Jang Hyuk plays the role of Doo Chil Sung and has been showcasing impressive bromance with Seo Poong. Regarding Jang Hyuk, Junho shared, “I want to describe Jang Hyuk with the words, ‘the one and only.’ He’s very humorous and I have a lot to learn from him. There’s a lot of humor hidden in his seriousness. Every sentence he says is significant yet not heavy. He’s amazing.”

The young actor continued to praise Jung Ryeo Won as well. “Jung Ryeo Won is caring and likes to communicate with me when working together,” Junho said. “And we wholeheartedly accept each other’s opinions. She’s a very lovely person. She knows how to control the atmosphere on set and she encourages and gives confidence to her acting partner. I’m very grateful for her.” 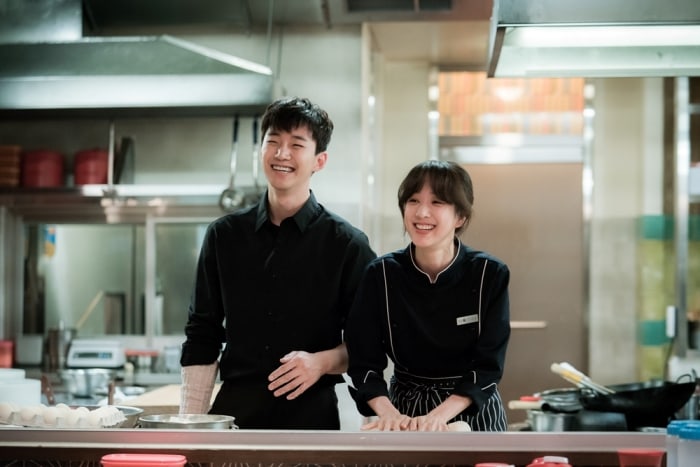 “Wok of Love” is now gearing up its romance as well as its culinary revenge. Junho shared, “During the remaining episodes, I want to show what ‘Wok’ and ‘Love’ mean.” He explained that upcoming episodes will show whether Seo Poong, Doo Chil Sung, and Dan Sae Woo will work together to achieve their revenge and how their love lines will work out in the end. 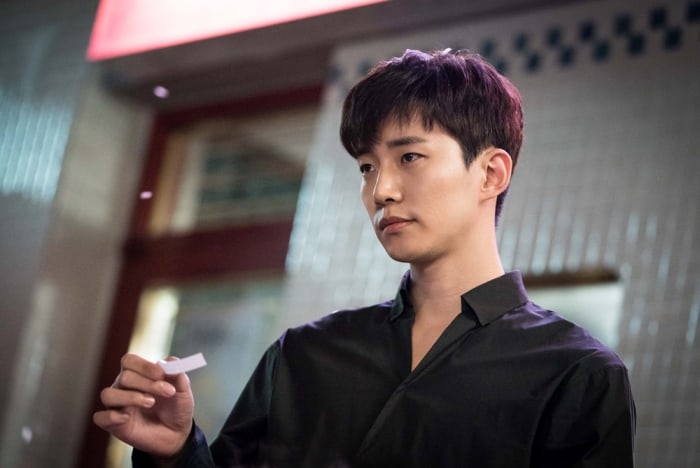