Based on a popular webtoon of the same title, “Your House Helper” tells the story of a male housekeeper (played by Ha Seok Jin) who not only organizes other people’s houses but also tidies up the owners’ lives as well, by tending to their worries and concerns. Lee Ji Hoon plays the role of Kwon Jin Kook, a competent lawyer who is always caring and gentle.

The new stills hint at Kwon Jin Kook’s sweet personality. In contrast to the formal and stiff office setting, Kwon Jin Kook is all smiles as he talks to someone over the phone. His suit and a black nameplate that reads “Attorney Kwon Jin Kook” reveal his professional position as a young lawyer.

Another picture shows Kwon Jin Kook in a more relaxed moment as he looks out the window in a blue shirt, again with a soft smile on his face. 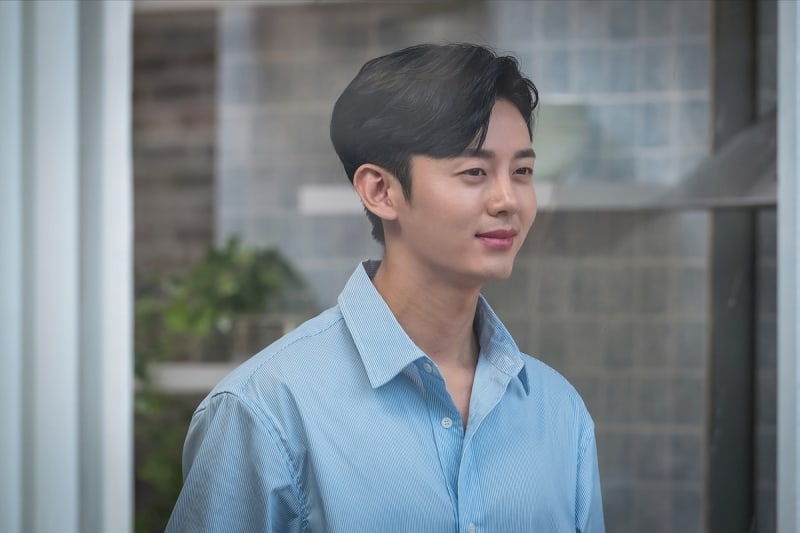 The production staff shared, “Lee Ji Hoon is perfectly portraying the character of sweet, gentle Jin Kook through his detailed character analysis and consistent acting skills. Also, thanks to his cheerful personality, the atmosphere on set has been great during filming.”

They added, “Please look forward to the chemistry that the charming Jin Kook will show with Ji Woon, Da Young, and Sang Ah as he develops unique relationships with each of them.”