Kim Dong Han and his fellow JBJ members’ love for one another continues!

On June 19, Kim Dong Han held a showcase for his solo debut and release of his mini album “D-DAY.” He opened his showcase with a performance of his title track “Sunset” and then talked about each of the five tracks on his mini album.

Choosing “Record It” as his favorite song, he said that it was a song for his fans with some analog feelings. About “Ain’t No Time,” he added, “I participated in creating the choreography, so it came out after a lot of difficulties.”

Before the showcase, the singer answered questions about JBJ during a press conference. He explained, “We talk a lot in our group chatroom and after the JBJ promotions ended, we lived together in the dorms for about a month. At the time, I showed them my songs and choreography, and they said things like, ‘It’s good.'”

When asked if any of the JBJ members contacted him about the showcase, he answered, “First, Sang Gyun and Kenta contacted me. We also continue to talk in the group chatroom. Honestly, more than about my showcase, they said what they want to say. They’re tsundere-like, so I think that they’re cheering for me internally.”

He added that he went on a trip to Japan with Kenta and that the six members recently got together to eat beef, which was a part of Kenta’s pledge for the group getting No. 1 for “My Flower.” 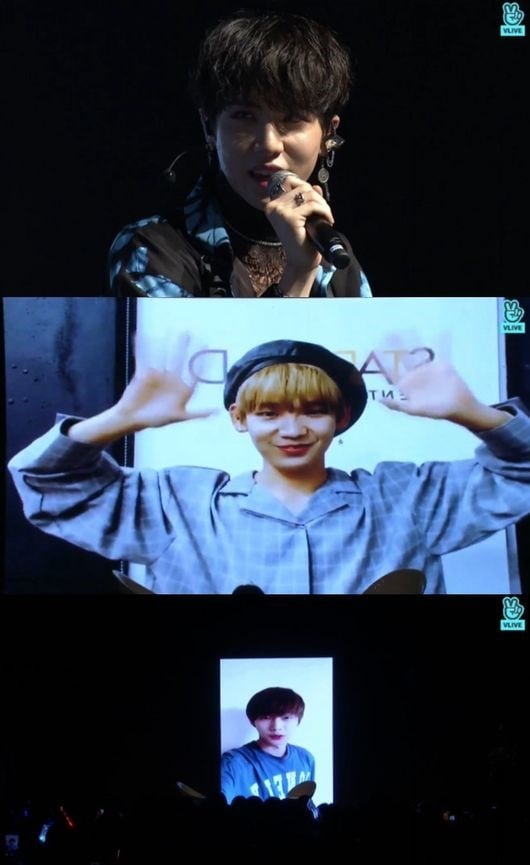 Kim Dong Han was then surprised with video messages from the JBJ members. Kenta said, “Congratulations on your solo debut. I really congratulate you. There will be difficult things ahead, but I think Dong Han will be able to overcome them. I’m sincerely cheering for you and let’s see each other on stage. I’ll also work hard. I love you. Congratulations.”

Longguo (Kim Yong Guk) said, “Congratulations on your solo debut. Your promotions will be a huge success.”

Noh Tae Hyun stated, “Congratulations on your showcase. I was also looking forward to and nervous for Dong Han’s solo debut, but I’m happy now that I can see Dong Han’s cool appearances. I’ll also support you a lot and listen to your songs.”

Kim Sang Gyun commented, “I sincerely congratulate Dong Han on his first solo release. You finally got to release a solo album. I featured on it, but I’m sorry I wasn’t able to be with you because of my scheduled event. I trust that you’ll always do great, so I hope you’ll continue going forward with good activities. Good luck!”

Kim Dong Han reacted happily to the JBJ members’ messages. After watching, he said, “To be honest, I did know about it, but I’m happy after watching it like this. I’m sad that Sang Gyun couldn’t come because of his filming.” 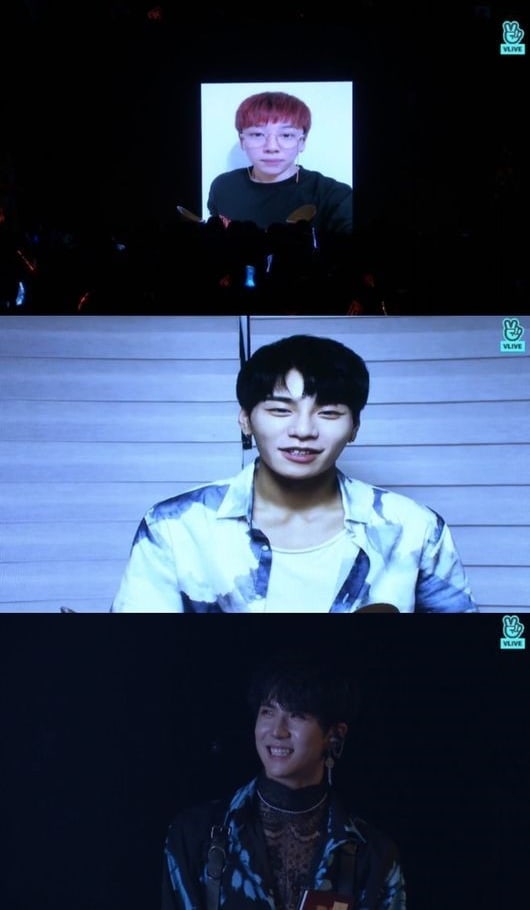 After choosing his eyes, hands, and collarbone as his most confident features, he revealed, “You [his fans], me, and us,” as his three valuable treasures.

He concluded, “It’s now just the beginning, so I’ll become someone who works hard and does well. Please look at me favorably.”