Nam Tae Hyun made his first talk show appearance on his own on MBC Every1’s “Video Star”!

On June 19, Nam Tae Hyun spoke about his past and present. After leaving YG Entertainment and WINNER, Nam Tae Hyun set up his own music label and formed the band South Club.

He confessed, “It’s really hard being on my own. I have to act as the manager, hairstylist, makeup artist, and stylist.”

The singer continued, “Our songs also really don’t see great results. When I was at my old agency, they aided us when it came to production costs, but right now I have to cover all of it with my own money. I have to pay my employees so I have a lot of debt.” He added that sometimes he even takes out loans or pays his employees with his own personal money.

Nam Tae Hyun also shared his thoughts on YG Entertainment founder Yang Hyun Suk. He began, “There was a really difficult time. I wasn’t mentally well and I was also really physically exhausted. I even reached a point where I couldn’t function without psychiatric medicine. But I wrote a lot of songs then, so I originally thought I would be able to keep going at least until our fourth studio album.” 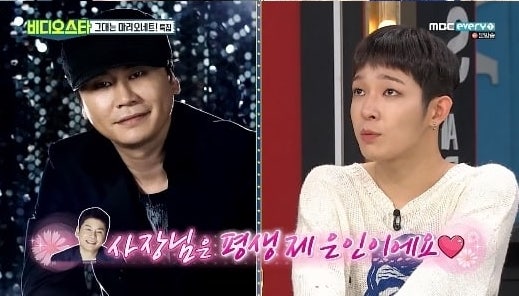 The singer continued, “Yang Hyun Suk is still my savior. I can’t deny that fact because I learned and saw so much while I was at YG Entertainment. YG is where I grew up, so I think he is forever my savior.”

Nam Tae Hyun revealed, “I send him text messages and we’re doing well. I’m always thankful to him who allowed me to start making music. Now that I’m trying to work hard in the position of a leader, I can understand his mindset. I have to carry the fact that I’m from YG for the rest of my life. I’ll make good music so that I don’t taint his name.”

Nam Tae Hyun
Video Star
How does this article make you feel?