Jang Hyuk Picks Most Memorable Moment From “Wok Of Love,” Talks About Great Chemistry With Cast

In an interview on June 19, “Wok of Love” star Jang Hyuk spoke about the cast members’ chemistry with each other, his most memorable scene, and more.

In the drama, Jang Hyuk plays the role of Doo Chil Sung, a former gangster turned restaurant owner, and he does it all, from romance, bromance, and action, to comedy.

Jang Hyuk credits the cast’s chemistry to their great ability to immerse themselves into their characters and play off of each other’s reactions. He said, “I believe that the fine details of acting come out when you really get into character. For example, when [Doo Chil Sung] has a crush on Sae Woo (Jung Ryeo Won), his bromance with Seo Poong (Junho), when he has to show leadership with Oh Maeng Dal (Jo Jae Yoon) and the gang, even his relationship with the mystery woman. We concentrated on our feelings in each different relationship, and that’s why, I think, the chemistry works.” 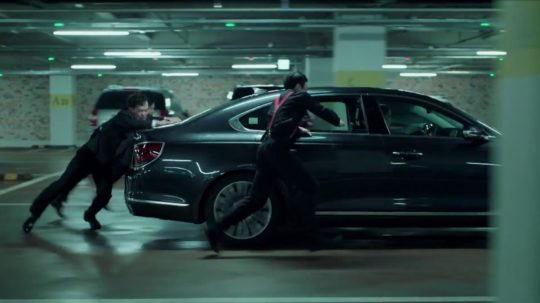 The scene that Jang Hyuk remembers most is the action scene in episode 18 where Doo Chil Sung goes to retrieve Seo Poong’s recipe notebook. In the scene, Jang Hyuk jumps headfirst into the window of a moving car, and like the action pro that he is, the scene was shot sans stunt double. “It wasn’t an easy scene to shoot,” said Jang Hyuk, “but I think it came out much cooler than your average sequence, so it’s very memorable.” 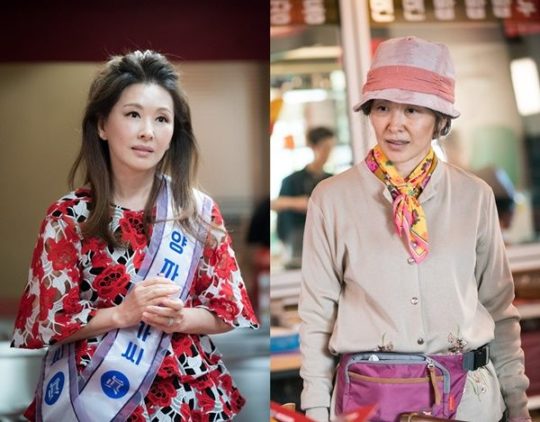 Jang Hyuk also heaped praise on his co-star Lee Mi Sook, who is tackling a double role in the drama. Their character dynamic is vastly different from “Money Flower,” their previous drama together, and Jang Hyuk said, “In this drama, Lee Mi Sook’s portrayal of the mystery woman and Jin Jung Hye is so different, I have to remind myself that she’s the same person.”

There’s still much to look forward to in “Wok of Love,” said Jang Hyuk. “The drama is the story of people in love, against the backdrop of Chinese cuisine. There’s still a lot for us to show you with the romance, bromance, and human aspect of the drama, so please look forward to it. Doo Chil Sung’s story will be played out through his relationships with others. I believe the happiness and sadness of his character will be revealed through his relationships with Seo Poong, Dan Sae Woo, and his mother.”

Watch the latest episode of “Wok of Love”: