Park Seo Joon is quite on edge around his new secretary Kang Hong Seok on “What’s Wrong with Secretary Kim”!

“What’s Wrong with Secretary Kim” is a drama about a cold, narcissistic vice president of a company who has looks, brains, and wealth, but is completely self-absorbed. When his loyal, efficient secretary decides to quit in order to find herself and true love, romance between the two ensues.

On the previous episode of the show, after attempting to suppress his feelings for Kim Mi So (played by Park Min Young) for a while, Lee Young Joon (played by Park Seo Joon) finally gave in and confessed, “From now on, I want to love you too much.”

In newly released photos from the drama’s upcoming episode, Lee Young Joon and his replacement secretary Yang Chul (played by Kang Hong Seok) are hilariously bickering over a necktie. Yang Chul politely holds the necktie in his hands, offering to tie it around his boss’s neck. Lee Young Joon has his own hands up in a defensive position as he backs away from his secretary. 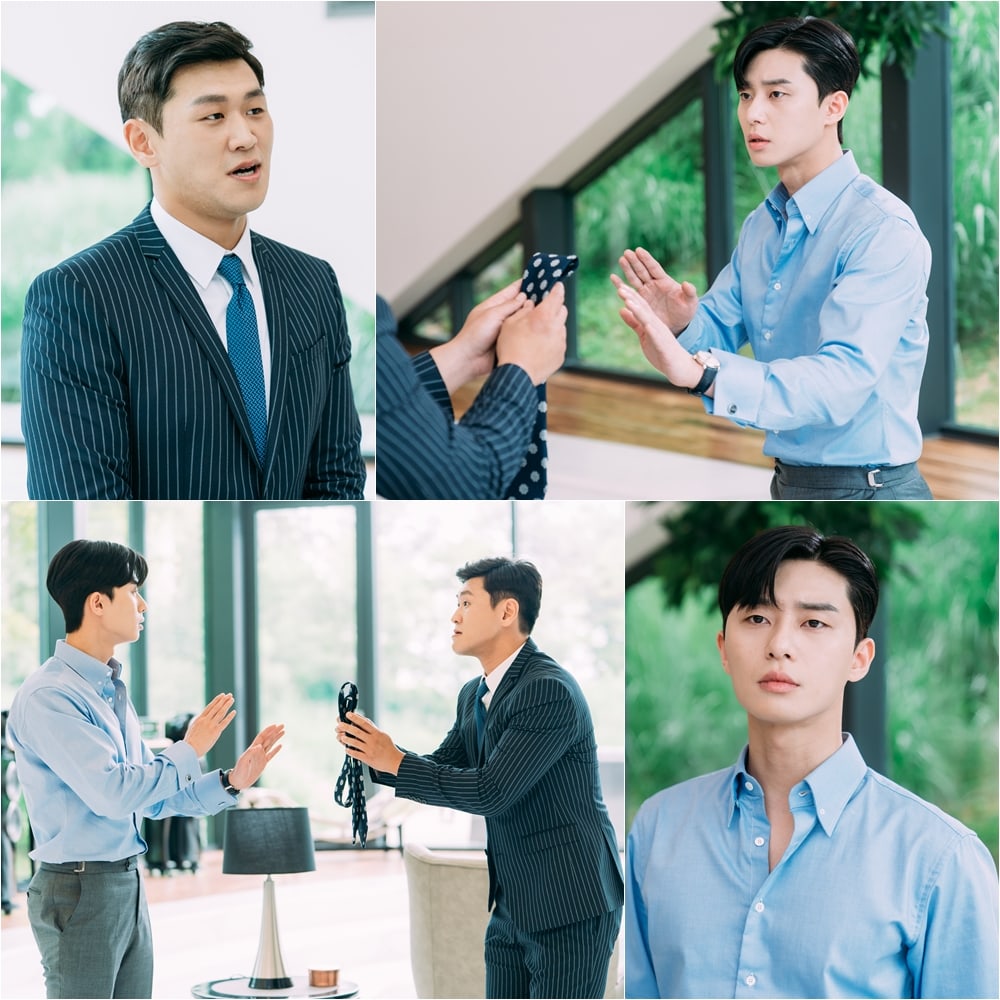 It appears as though Kim Mi So, who previously tied his neckties for him, has disappeared, and Lee Young Joon seems quite uncomfortable letting anyone else do the task for him.

A source from the drama stated, “In the upcoming episodes, Park Seo Joon and Park Min Young will sense the feelings that each has for the other, but an unexpected divide will also begin to come between them.”