Wanna One Members Enjoy Quality Time Together At Jeju Island

Wanna One has embarked on a special trip together!

In the most recent episode, the members expressed their excitement at seeing the four convertibles prepared for them. They split up into two teams to take on the “Beautiful” travel course and the “Energetic” travel course with Hwang Min Hyun, Ha Sung Woon, Kim Jae Hwan, and Ong Seong Woo as the drivers.

The “Beautiful” team first went to go eat gogi-guksu (Jeju Island pork noodles). As they were entering the restaurant, Yoon Ji Sung commented, “We have been to Jeju Island three or four times together, but we have never eaten gogi-guksu. All the staff, come in, also! It’s my treat today, so let’s all eat a lot together.”

Hwang Min Hyun shared, “I have been to Jeju Island about five times since the past. Whether I came overnight or just for the day, I wanted to eat gogi-guksu but was never able to.”

As they were about to eat, Ha Sung Woon remarked, “Is it okay for us to eat this much when we have our album jacket shoot the day after tomorrow?” Yoon Ji Sung responded, “We have to eat then, so we can gain strength and work.”

Hwang Min Hyun added, “I have managed my diet just for today. The reason I work out is so I can eat a lot on special occasions,” while Ha Sung Woon joked, “I expanded my stomach size [by eating a lot] just for today.” 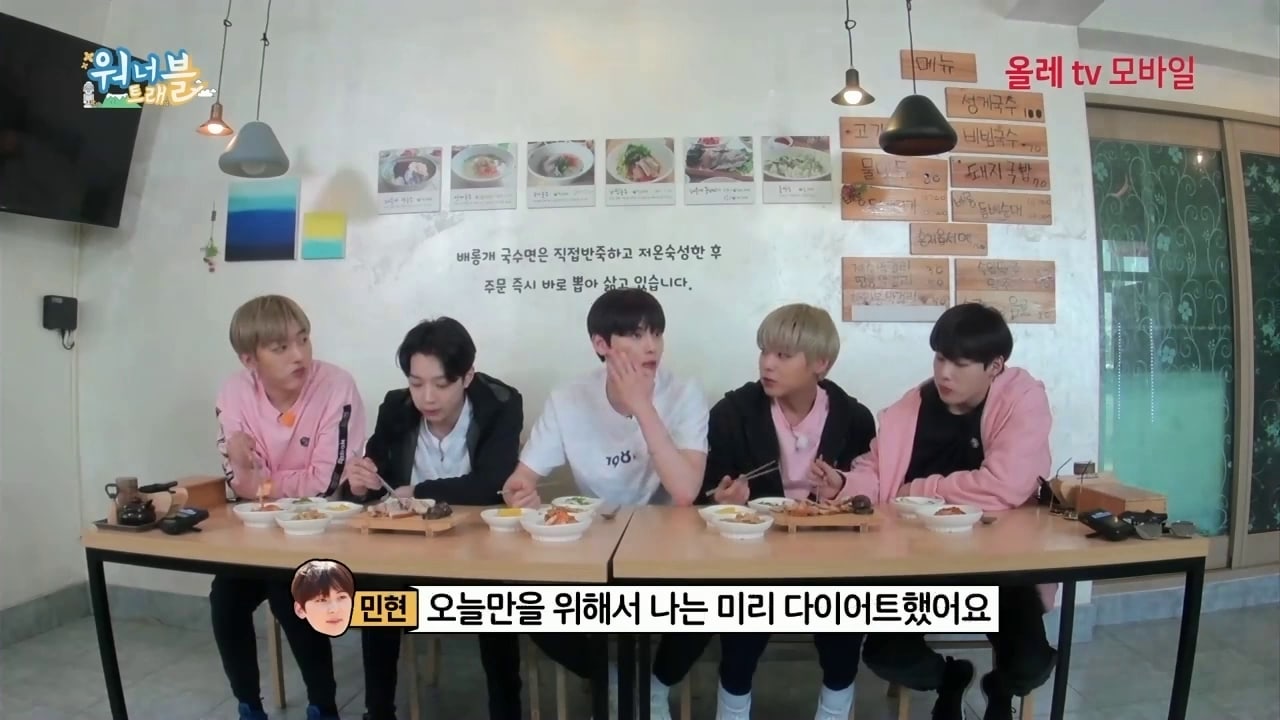 The “Energetic” team excitedly went go-karting and were greeted with several different costumes. Most were of Mario and Luigi, but one was a white dress, so the members did rock, paper, scissors to decide who would wear the dress. 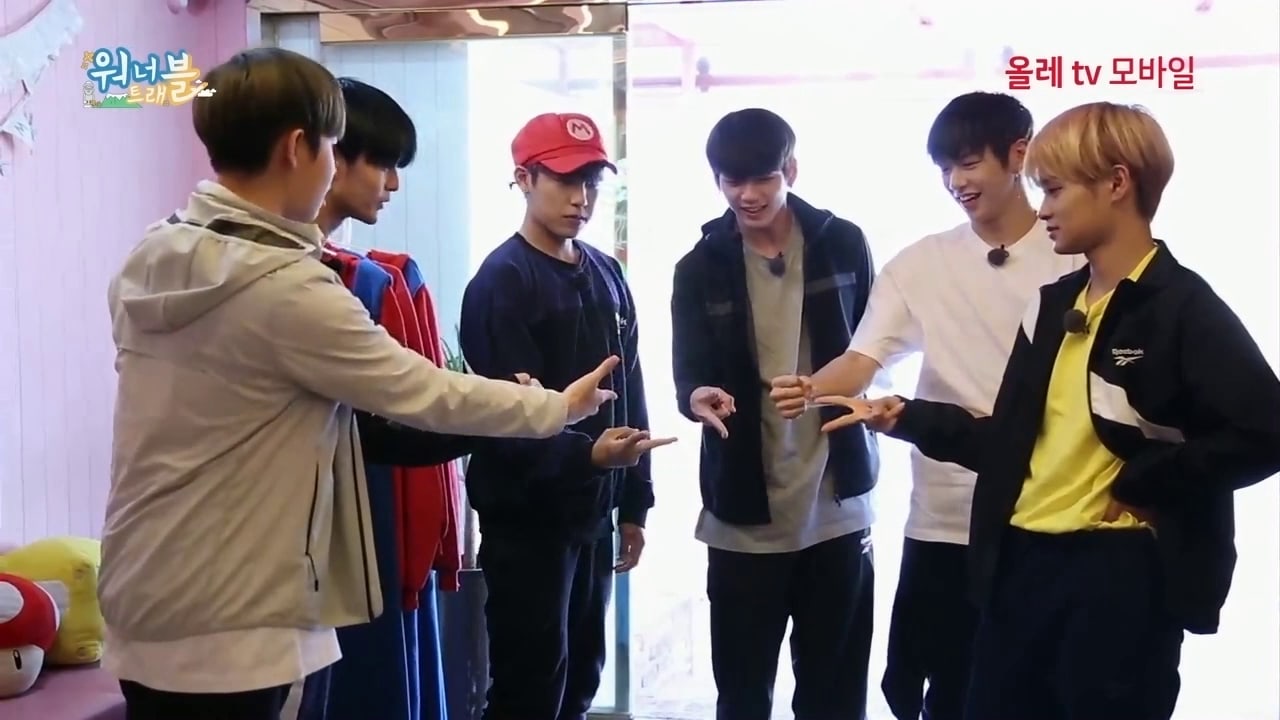 Ong Seong Woo lost the game and tried putting on the dress. However, it was far too small for him, and he was unsuccessful in wearing it even with the help of his stylist. 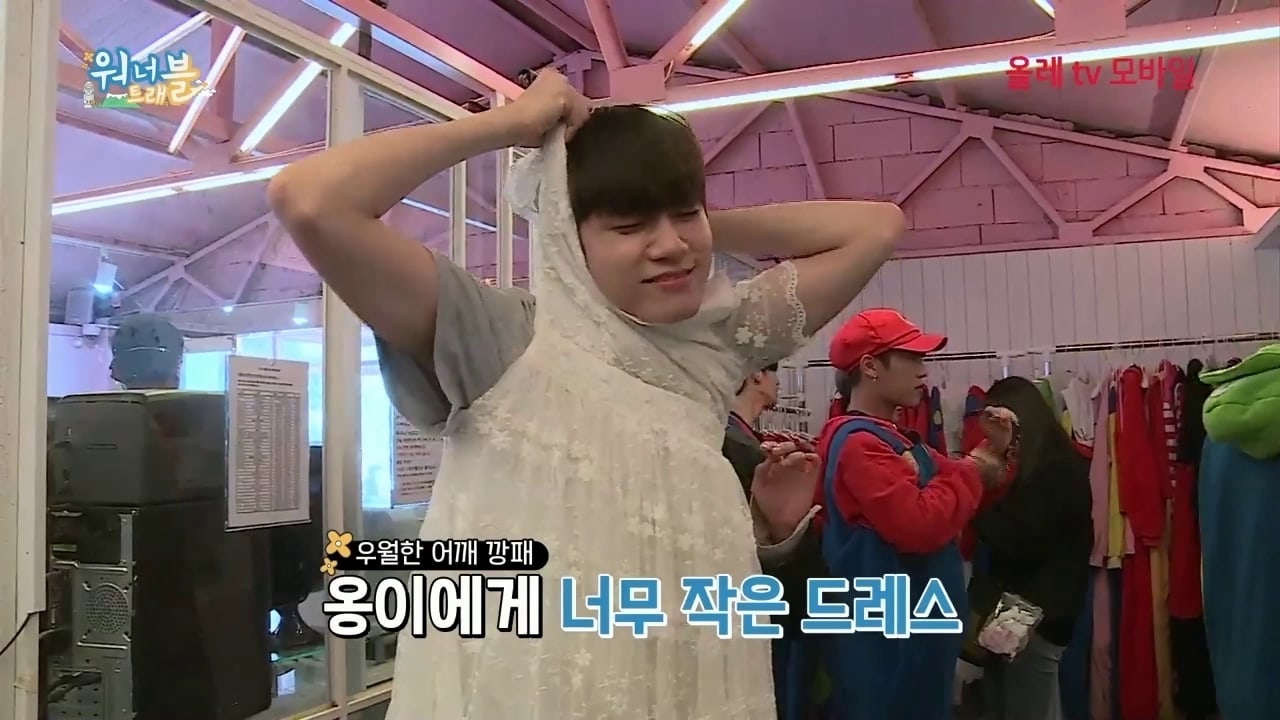 New episodes of “Wanna Travel” are revealed every Tuesday and Thursday at 6 p.m. KST via the app Olleh TV Mobile.

Wanna One
Wanna Travel
How does this article make you feel?