Watch: “Your House Helper” Releases Official Posters And Teasers Ahead Of Its Premiere

Based on a popular webtoon of the same title, the drama tells the story of a male housekeeper who not only organizes other people’s houses but also tidies up the owners’ lives as well by tending to their worries and concerns.

In the main poster, Bona, Lee Ji Hoon, Go Won Hee, Jeon Soo Jin, and Seo Eun Ah are enjoying a meal at the table while Ha Seok Jin gazes warmly at them with a bottle of wine in his hands. Six individual posters of all the characters in the same setting have been released as well. 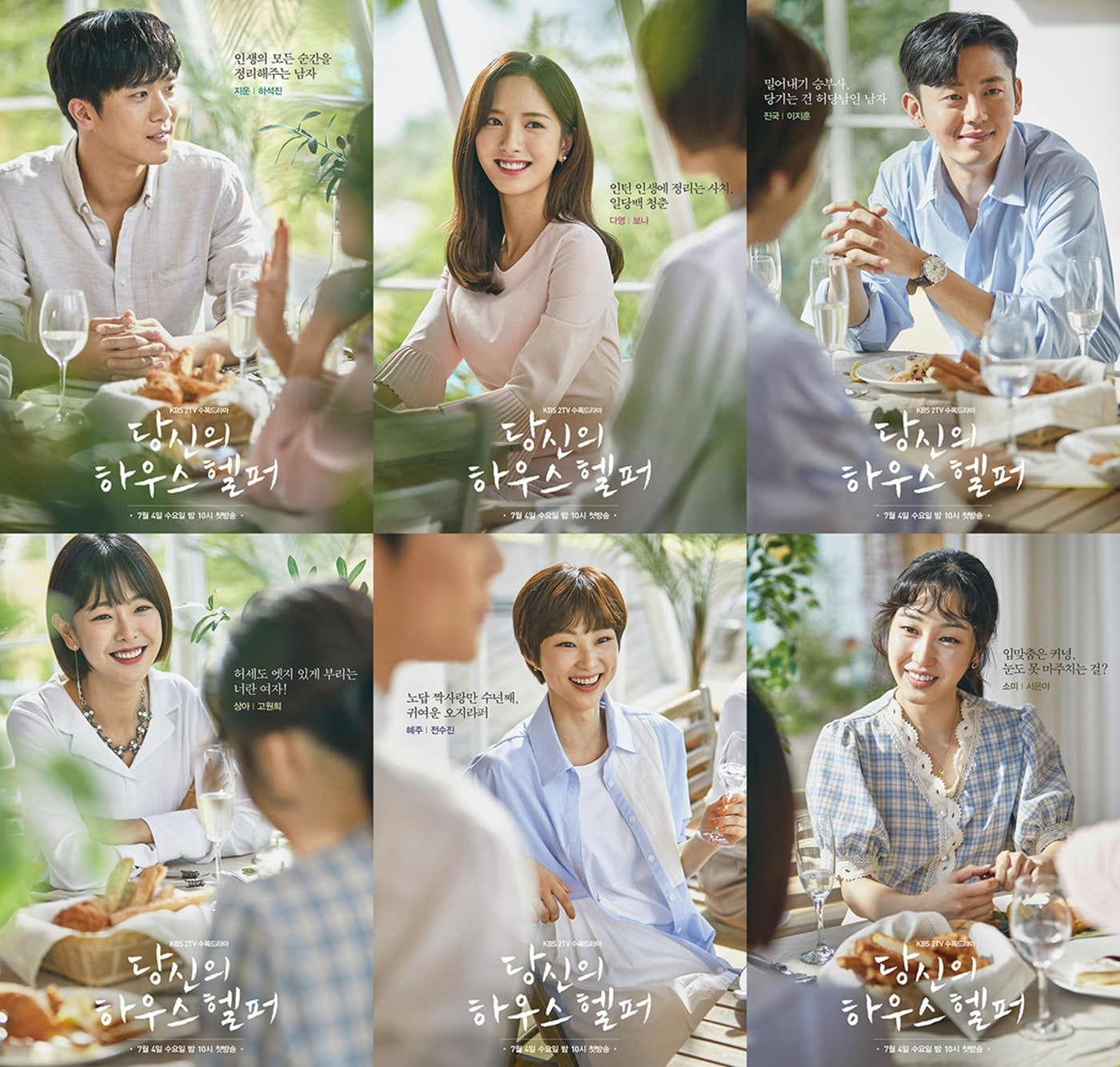 In the first two teasers, Ha Seok Jin appears as the house helper Kim Ji Woon and introduces himself, saying, “I’m a house helper. If you want my help, you need to show me your bare face.” Bona becomes Lee Da Young, an intern who just can’t clean up her house. Unlike Ha Seok Jin, she finds cleaning the hardest thing to do in the world. Go Won Hee appears as Yoon Sang Ah, a bright girl who bluffs a lot, and Lee Ji Hoon plays Kwon Jin Kook, a gentle lawyer who finds dating harder than studying. At the end of the teasers, he asks, “Do you need it? My help?,” to which Bona replies in annoyance, “No, thanks.”

In the third teaser, Bona, Go Won Hee, Jeon Soo Jin, and Seo Eun Ah are enjoying a glamorous time outdoors when it suddenly starts to rain. It turns out Bona was only dreaming and Ha Seok Jin was spraying water at her. He humorously asks, “Can you sleep when your house is such a mess?” Then he holds up a heel and demands, “Where is the other shoe?”

The first episode of “Your House Helper” will air on July 4.

Watch the comical teasers below!