EXO’s Suho And Ha Yeon Soo Get Used To A Change In Environment In “Rich Man, Poor Woman”

Dramax and MBN’s drama “Rich Man, Poor Woman” has shared new stills of EXO’s Suho and Ha Yeon Soo having to start from scratch in a new office.

The upcoming episode that will air on June 20 will follow what happens following Lee Yoo Chan (Suho) getting fired from NextIn, who Kim Bo Ra (Ha Yeon Soo) decides to follow out of the company. In the previous episode, Lee Yoo Chan lost both his stocks and his “Big File” project, and now has nothing left but his brain. It will be interesting to see how he pairs this with Kim Bo Ra’s excellent memory and positivity to create something out of nothing.

The new stills show the two characters working in a space that quite differs from their offices in NextIn. Unlike before, when everything they worked with was state of the art and only the finest in technology, they now sit at ordinary desks with only the bare minimum. Despite it just being the two of them, Lee Yoo Chan and Kim Bo Ra are hard at work as they take on their first job. 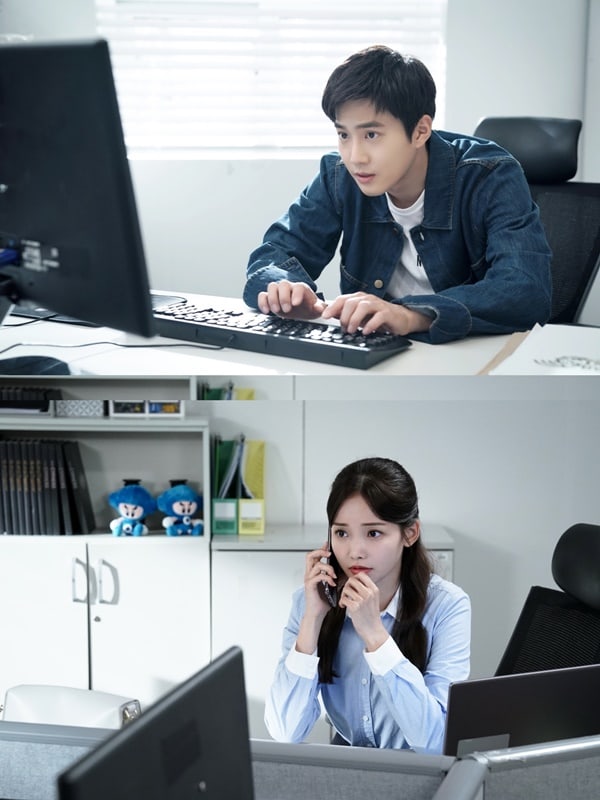 The production staff of “Rich Man, Poor Woman” stated, “It’s just the two of them now but we hope viewers will watch over Lee Yoo Chan and Kim Bo Ra as they overcome the difficulties stacked against them. Their work relationship changes as they leave NextIn, and that shift will bring more fun to the drama.”

Viewers will be able to find out what happens to Lee Yoo Chan and Kim Bo Ra in the upcoming episode of “Rich Man, Poor Woman,” which will air simultaneously on MBN and Dramax on June 20 at 11 p.m. KST.

The series is also available exclusively on Viki. Start watching the series below!