Girl group ELRIS has announced their fan club name ahead of their comeback!

On June 20, the group shared via their fan cafe that they’ve personally chosen a fan club name from ideas sent in by 175 fans! After thanking fans for all their ideas, they announced that ELRIS personally selected the name “BLRIS” for their fan club.

BLRIS’s meaning is described as a combination of “Bliss” and ELRIS, meaning that ELRIS and their fans are each other’s bliss. BLRIS is pronounced similarly to the word “Bliss.” 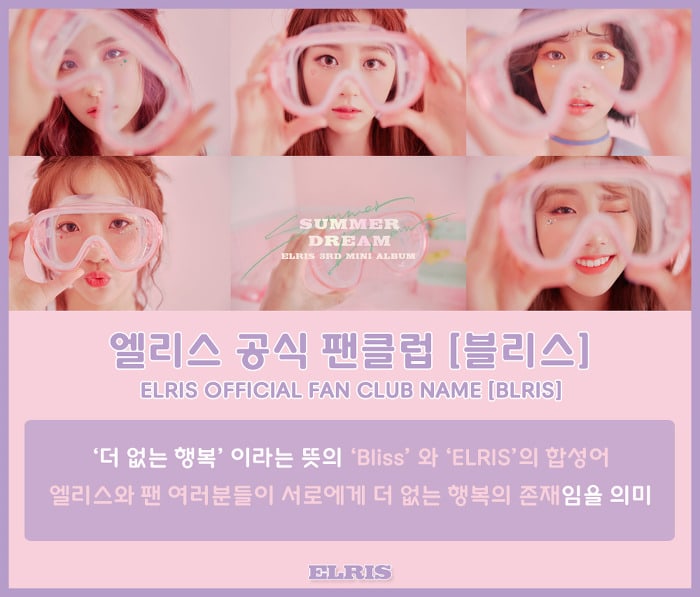 ELRIS is currently gearing up to make a comeback on June 28 with the mini album “Summer Dream.”

What do you think of ELRIS’s fan club name?