Jang Ki Yong and Jin Ki Joo shared thoughts on their drama “Come and Hug Me.”

On June 20, the two actors appeared as guests on MBC FM4U’s “Yang Yoseob’s Dreaming Radio” because their drama didn’t air due to the 2018 FIFA World Cup.

“Come and Hug Me” tells the story of Chae Do Jin (played by Jang Ki Yong) and Han Jae Yi (played by Jin Ki Joo) who are each other’s first loves, but are torn apart because his father is the serial killer who murdered her parents.

This was the first time the actors appeared on the radio show, and listeners wrote in saying that they missed seeing them on TV.

Highlight’s Yang Yoseob, the DJ, said, “We spoke earlier, but Jin Ki Joo said this is her first time on radio and it’s Jang Ki Yong’s second time. I’ve been a DJ for two months. I’m nervous and excited to see what kinds of stories will come out. I sang the OST for ‘Come and Hug Me’ and through that, I was able to meet them.” 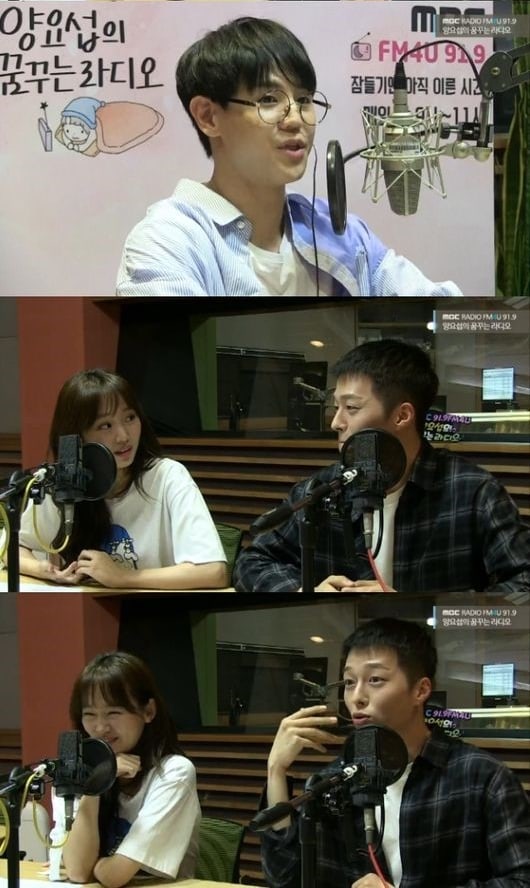 The actor said, “I met Jin Ki Joo for the first time during the costume fitting. It was early, so my eyes were swollen.” Jin Ki Joo added, “I could feel that Jang Ki Yong was next to me, but we didn’t look at each other.”

Yang Yoseob said, “When I saw the two of you in real life, I was taken aback by your model charisma. I’m short, but the two of you are really tall. I knew Jang Ki Yong was tall, but Jin Ki Joo is taller than I expected.” Jin Ki Joo replied, “I’m 170 centimeters (approximately 5 feet 6 inches) tall.”

Yang Yoseob pointed out, “During the commercial break, you two looked close.” Jang Ki Yong commented, “I’m usually shy around new people, but she has a lot of energy. These days, we joke around a lot on set.” Jin Ki Joo added, “I’m not sure if Jang Ki Yong gets shy around people. I’ve never noticed it.”

On her thoughts before the premiere of the drama, Jin Ki Joo said, “I couldn’t believe it. The story turns over to the adults in the third and fourth episodes, so I thought, ‘How will I watch the broadcast?’ I watched the first episode with my family and thankfully, they enjoyed it, so I was grateful.”

Jang Ki Yong stated, “There was some pressure because it’s my first lead drama, but I wanted to brazenly do a good job.”

The actor continued, “Instead of satisfaction, a large part of me wanted to try my best at what I was in charge of. It’s important to do a good job, but I worried if I could portray the emotions and become that character as much as possible.”

He added, “I lived in Ulsan until I was 20 years old and came to Seoul to go to college. After speaking in the Seoul dialect for seven years, there are times when I can’t remember satoori [dialect]. It was my first time using satoori while acting in a drama. It was a bit awkward in the beginning and wasn’t easy.” 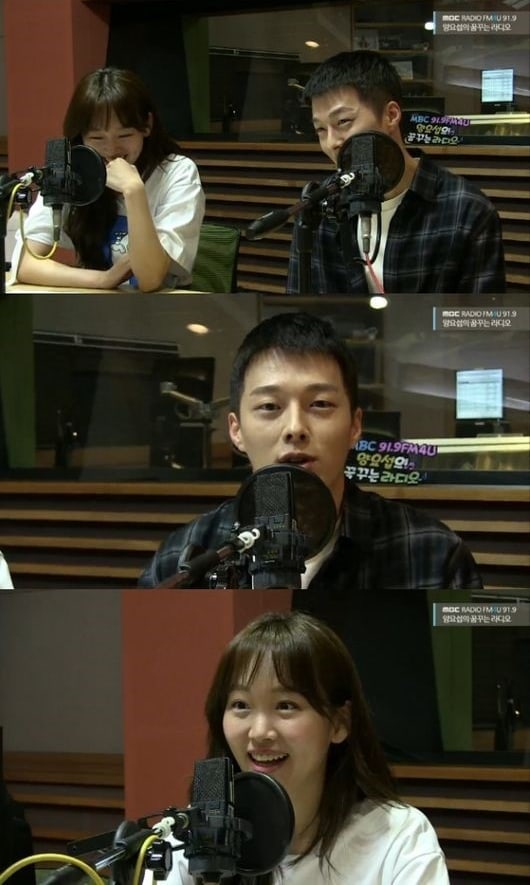 He also spoke about actor Heo Joon Ho, who appears as his father on-screen. “I couldn’t approach him in case I would be bothering him while he was preparing,” said Jang Ki Yong. “So, I’m not able to approach him while filming the drama, but I think that I can naturally get closer to him after the drama ends.”

Jin Ki Joo also spoke about the difference between reality and acting. She said, “I had a crush for the first time on ‘Little Forest.’ I don’t think men and women can be friends.”

The actress was then asked to choose between Jang Ki Yong’s on-screen characters: Jung Nam Gil of “Go Back Couple” and Chae Do Jin of “Come and Hug Me.” She answered, “Do Jin from ‘Come and Hug Me’ is closer to my type. He’s not talkative and lacks in expression. He’s the type who speaks with actions rather than words.”

“Come and Hug Me” airs on Wednesdays and Thursdays at 10 p.m. KST. Check out the latest episode below!