NCT 127 and MONSTA X will be the first two performers on the new season of “School Attack”!

“School Attack 2018” is a revival of the classic variety show from 10 years ago, which featured popular singers making surprise appearances at schools and performing for students. The 2018 version will also include new segments in which the students play games with the singers and open up to them about their problems.

NCT 127 will be the first stars on the show, while MONSTA X will appear on the following episode. According to those present during filming, the members of NCT 127 impressed both students and teachers alike with their empathy while listening to the students talk about their personal concerns.

The group also went to great lengths to keep their appearance on the show a secret, even going so far as to switch cars with the production staff in order to travel undetected. 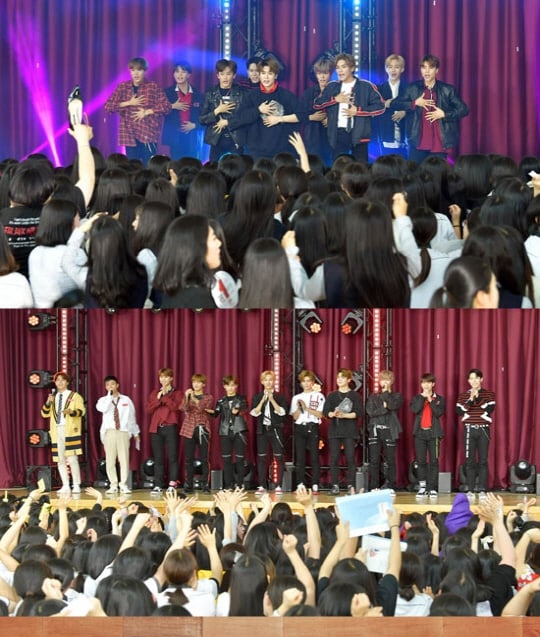 Meanwhile, MONSTA X reportedly prepared a special performance for their upcoming episode of the show. The program also piqued fans’ curiosity by releasing stills in which Minhyuk is wearing the same work uniform as the show’s male hosts, Highlight’s Son Dongwoon and SECHSKIES’s Eun Ji Won. 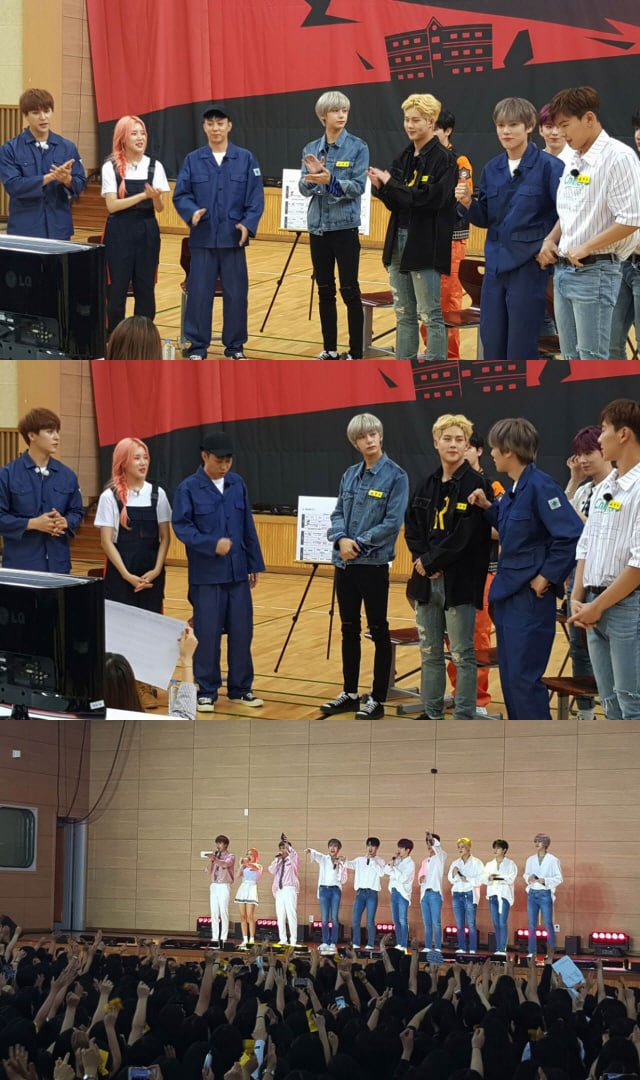 MONSTA X
NCT
NCT 127
School Attack 2018
How does this article make you feel?