Gaon Chart has revealed its chart rankings for the week of June 10 to June 16!

Bolbbalgan4 topped the overall digital chart for the third straight week with “Travel,” while BTS’s “Fake Love” rose one spot in the rankings to take second place. BLACKPINK’s new title track “DDU-DU DDU-DU” debuted at No. 3 on the chart this week, and AOA’s “Bingle Bangle” and GFRIEND’s “Time for the Moon Night” maintained their positions at No. 4 and No. 5 respectively. 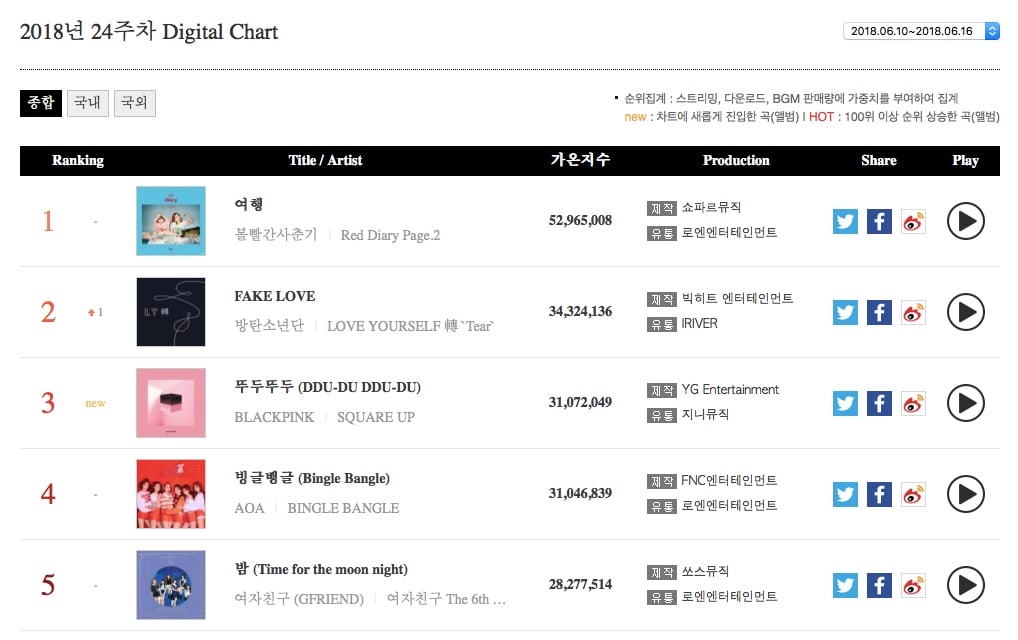 BLACKPINK took both No. 1 and No. 3 on this week’s download chart with their new songs “DDU-DU DDU-DU” and “Forever Young.” SHINee’s “I Want You” debuted on the chart at No. 2, followed by Bolbbalgan4’s “Travel” at No. 4 and BTOB’s pre-release track “The Feeling” at No. 5. 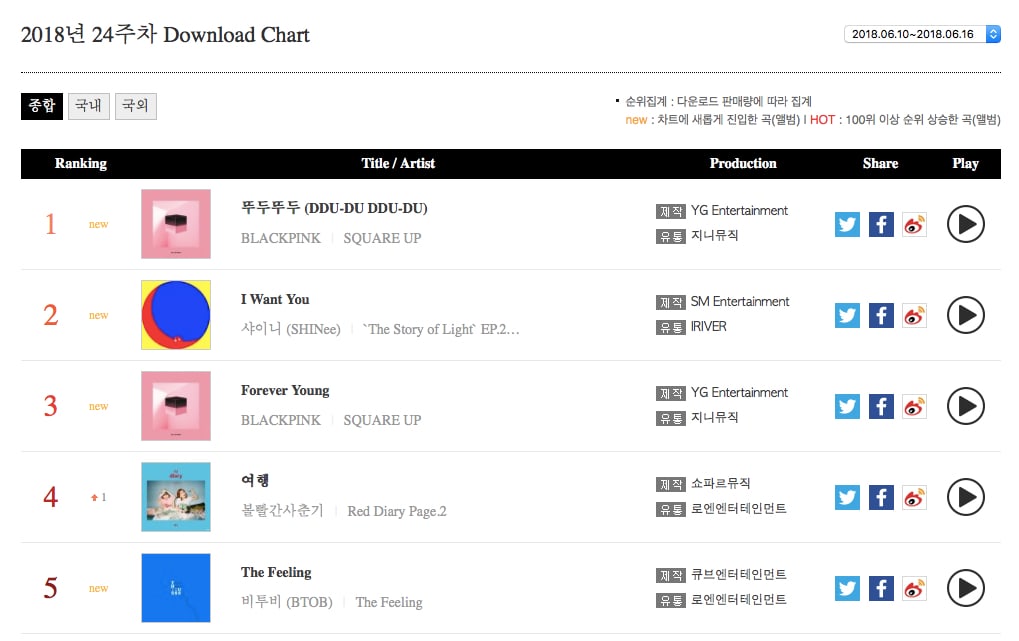 Bolbbalgan4 also topped the streaming chart this week, with BTS’s “Fake Love” trailing at second place. AOA’s “Bingle Bangle” and Nilo’s “Pass” both rose in the rankings to claim third and fourth places respectively, while GFRIEND’s “Time for the Moon Night” rounded out the top five. 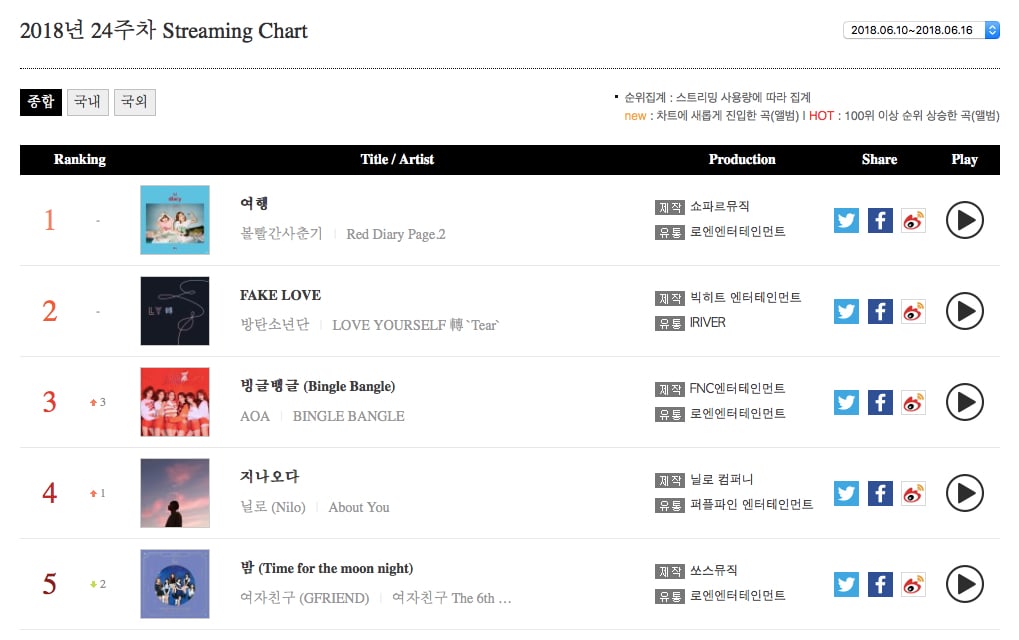 SHINee topped this week’s physical album chart with “The Story of Light EP. 2,” while Wanna One’s “1÷χ=1 (UNDIVIDED)” fell one spot to second place. TWICE’s 2017 album “twicetagram” made an impressive climb to third place this week, while BTS took both No. 4 and No. 5 on the chart with their latest album “Love Yourself: Tear” and their 2017 release “Love Yourself: Her.” 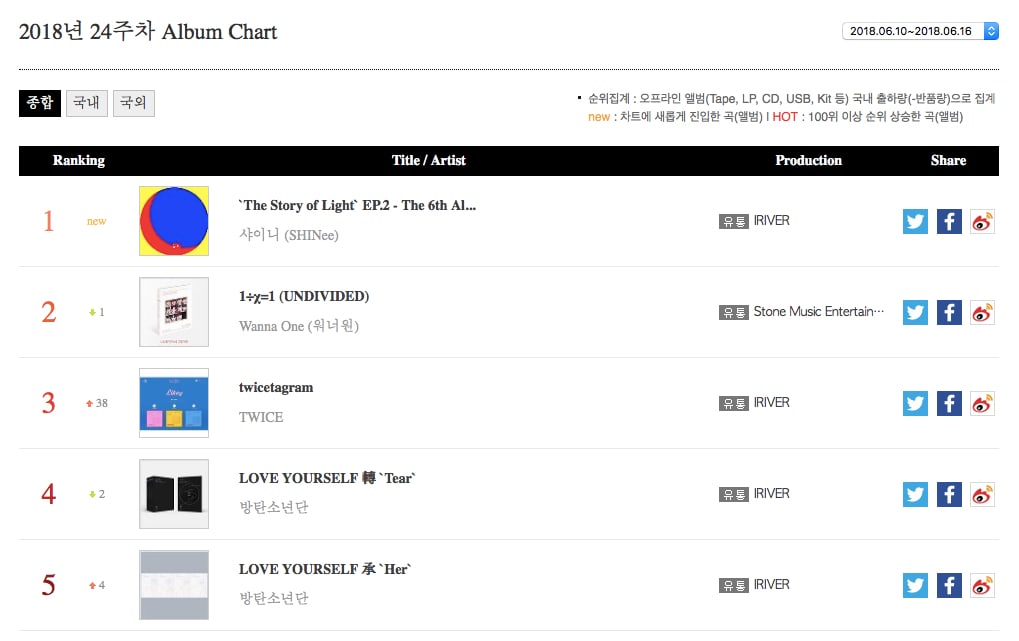 BTS also continued to dominate the social chart for the fifth consecutive week, with “Fake Love” and “DNA” claiming No. 1 and No. 4 in the rankings respectively. MOMOLAND’s “BBoom BBoom” took second place this week, followed by SHINee’s “I Want You” at No. 3 and TWICE’s “What is Love?” at No. 5. 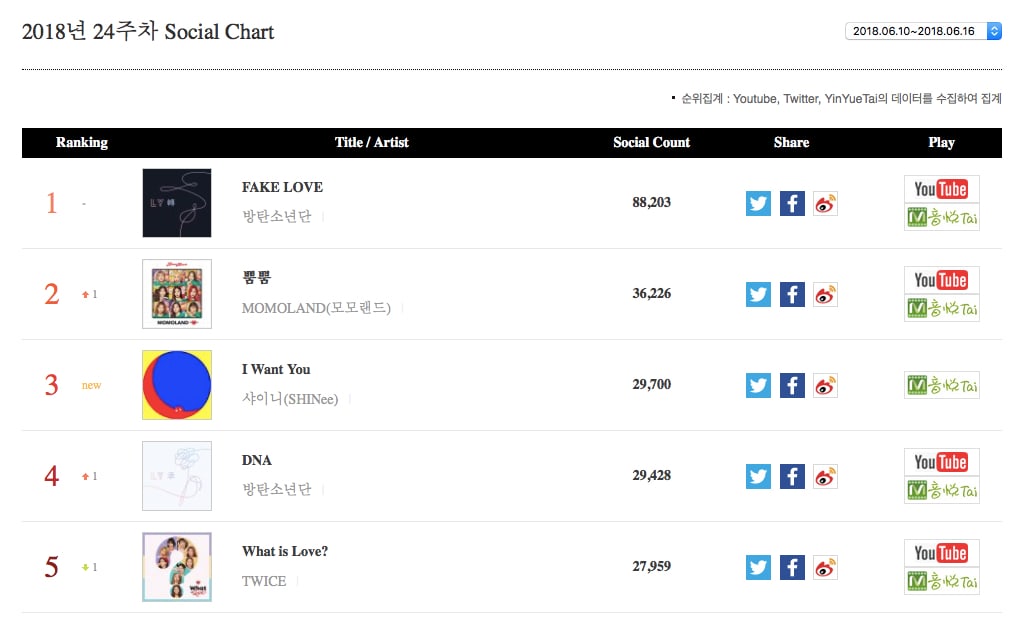