“What’s Wrong with Secretary Kim” has released stills of Park Seo Joon and Park Min Young on a bus together.

The new images show Kim Mi So on a bus with a chic expression, and Lee Young Joon hurriedly follows behind her, nervously getting on a bus for the first time in his life. The first photo hints at a change in their dynamics, as Kim Mi So is in front of Lee Young Joon this time rather than standing behind as she always had previously. 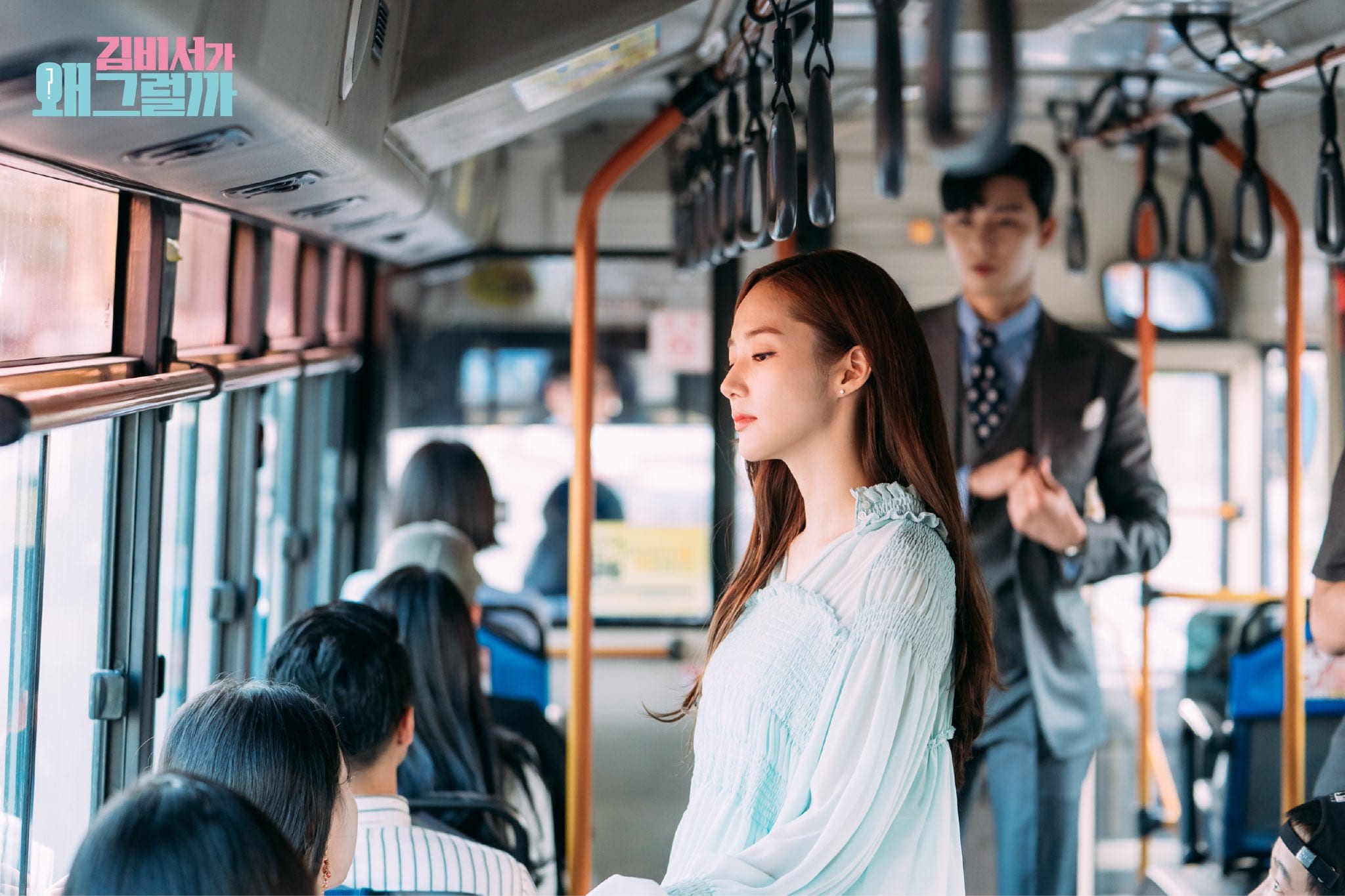 In the second image, Lee Young Joon appears frightened as he holds on for dear life and keeps his eyes on Kim Mi So. 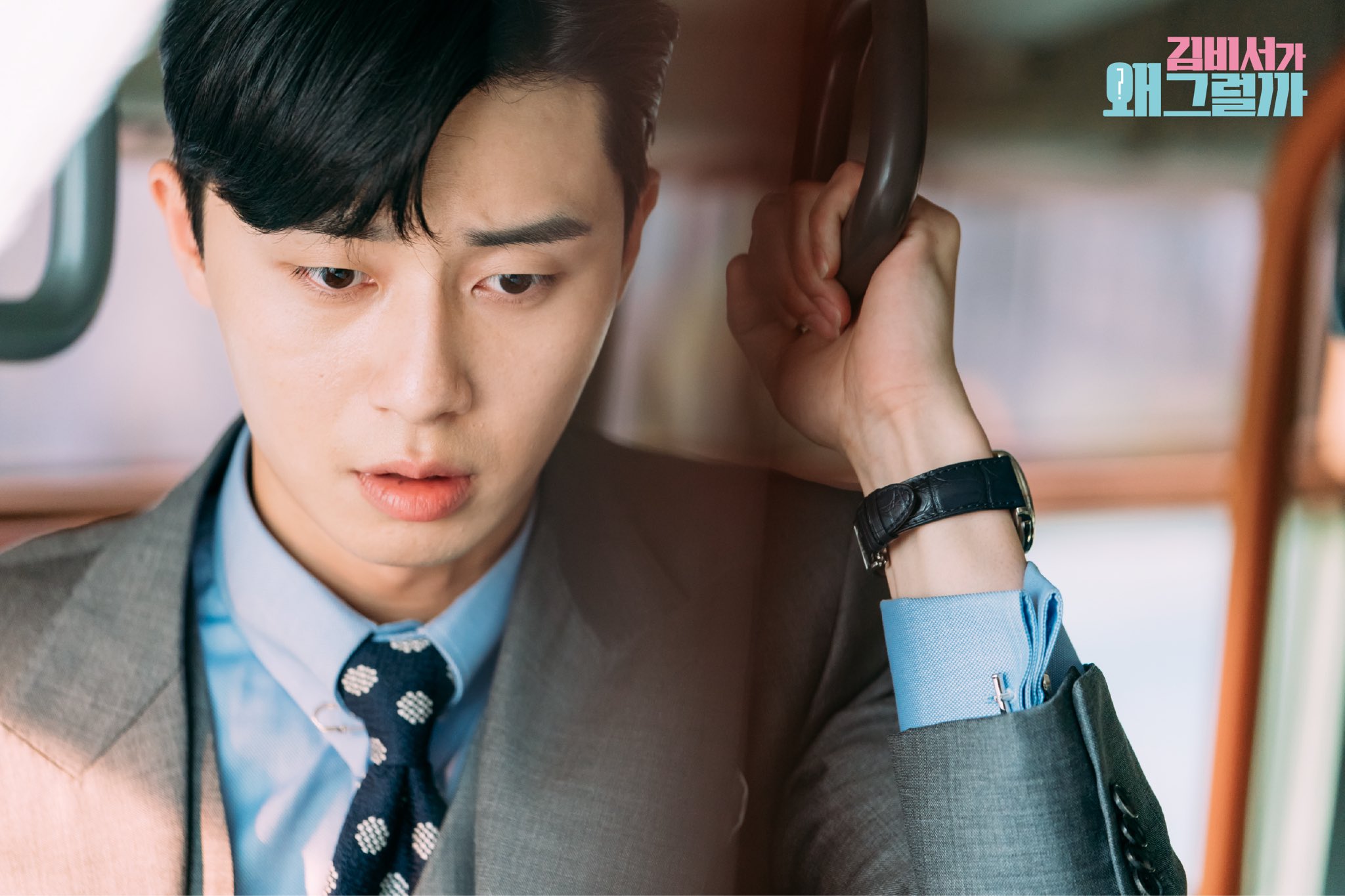 Kim Mi So seems to be holding in her laughter at his unexpected cuteness in the situation. 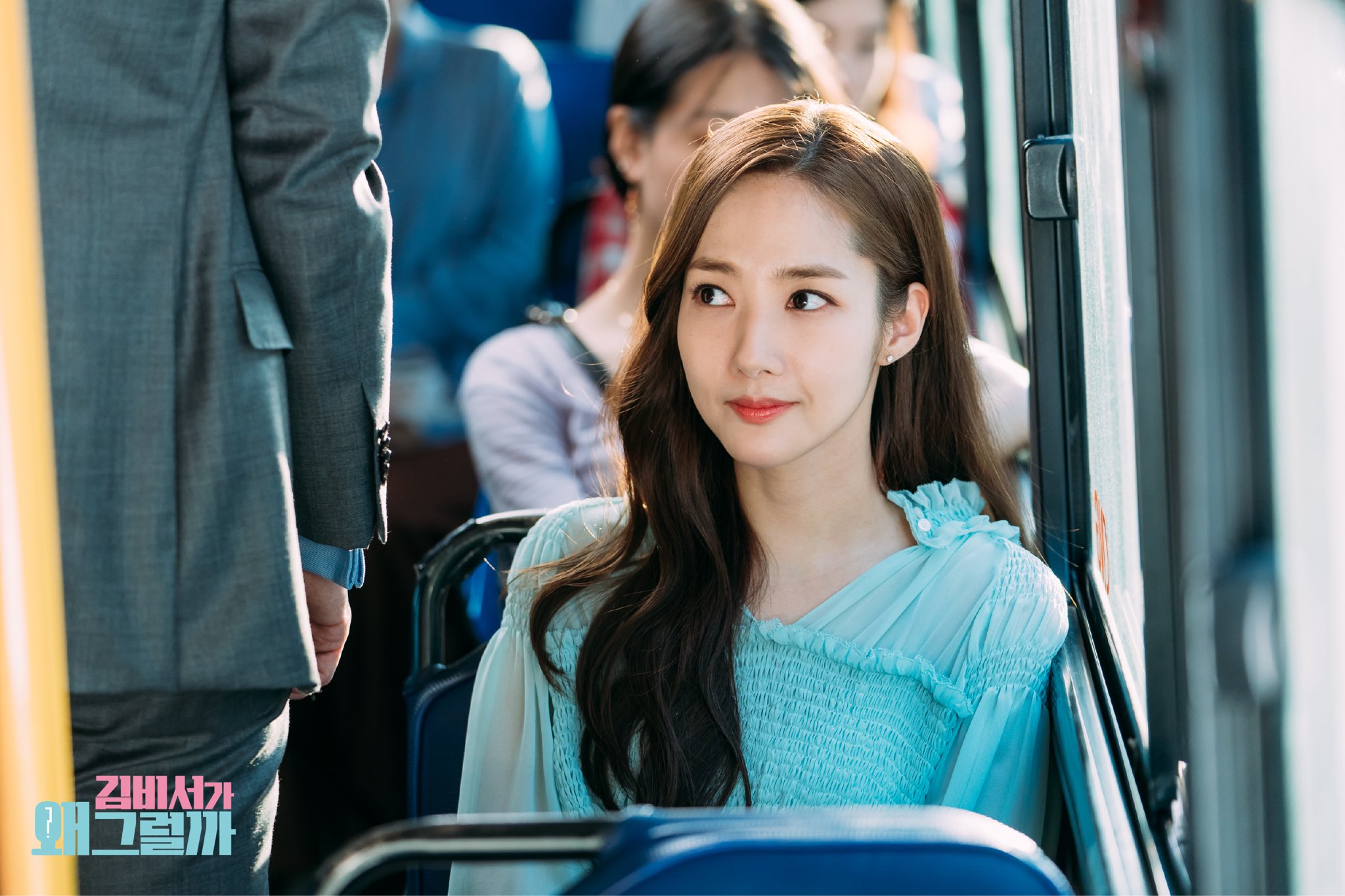 The previous episode ended with somewhat of a kiss before Lee Young Joon pushed away Kim Mi So’s chair and she rolled away with a dumbfounded facial expression.

The production team of the drama commented, “Please anticipate if Lee Young Joon will be able to recapture the heart of Kim Mi So, who has been single her entire life, after presenting her with an unforgettable first kiss. As the drama progresses, their heart-fluttering push-and-pull will be a point to look out for.”