Update: Lovelyz Has A Blast In Summery New MV Teaser For “Wag-Zak”

Lovelyz’s long version of their MV teaser for “Wag-zak” is now out!

Lovelyz has revealed a music video teaser for “Wag-zak” from their upcoming digital single album “A Piece of Summer”!

Check out the fun clip below:

Lovelyz has unveiled a summery concept photo for their upcoming comeback with “A Piece of Summer” (literal translation)!

Lovelyz has revealed some more news about their special digital single album!

On June 22, Lovelyz released the schedule for their upcoming release “A Piece of Summer” (working title). The digital single album and music video will be shared on July 1 at 12 p.m. KST, with the group performing the song on music shows starting with the June 28 episode of “M!Countdown.”

It was announced that Jin will not be taking part in the group’s promotions for the time being due to health issues. 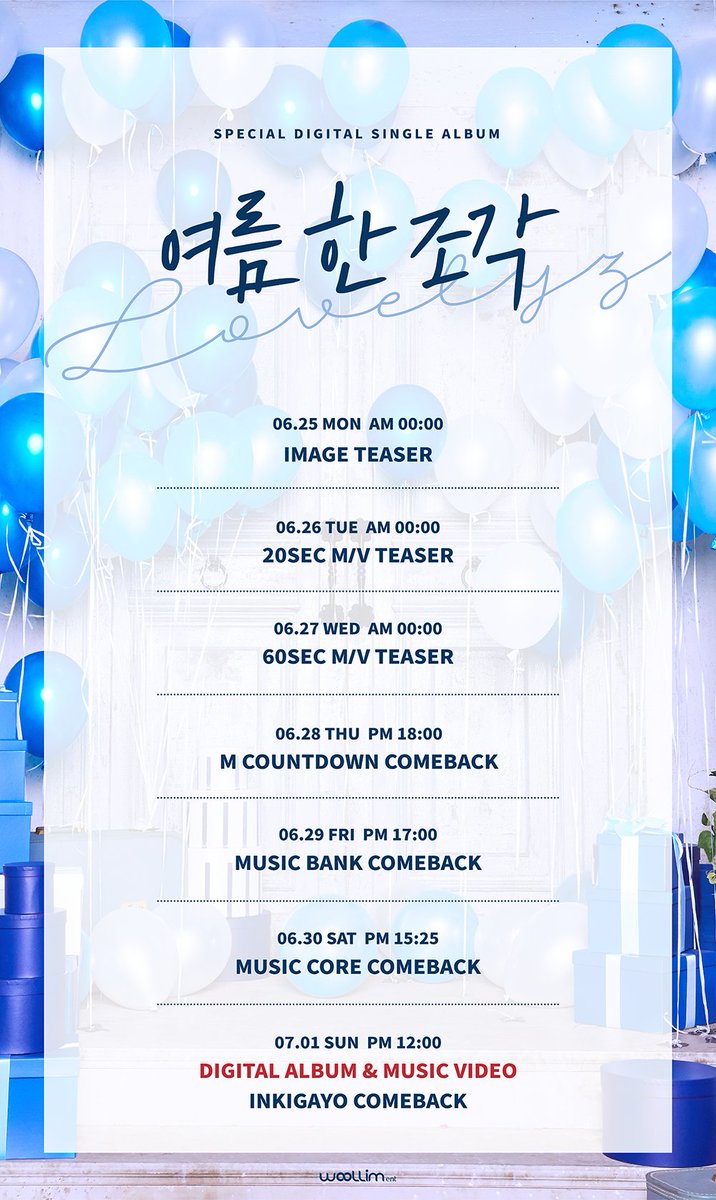 Lovelyz is a Woollim Entertainment girl group that debuted in 2014, and they most recently made a comeback with “That Day” in April.