The hype is real. Not only is “What’s Wrong With Secretary Kim” funny and light, it’s a refreshingly bright and thoughtful take on the office K-drama and romantic comedy.

As much as we just want to fawn over Park Min Young’s voluminous, bouncy ponytail and Park Seo Joon’s shower scene, we’re also going to share eight refreshing and unique features of “What’s Wrong With Secretary Kim” that we love. 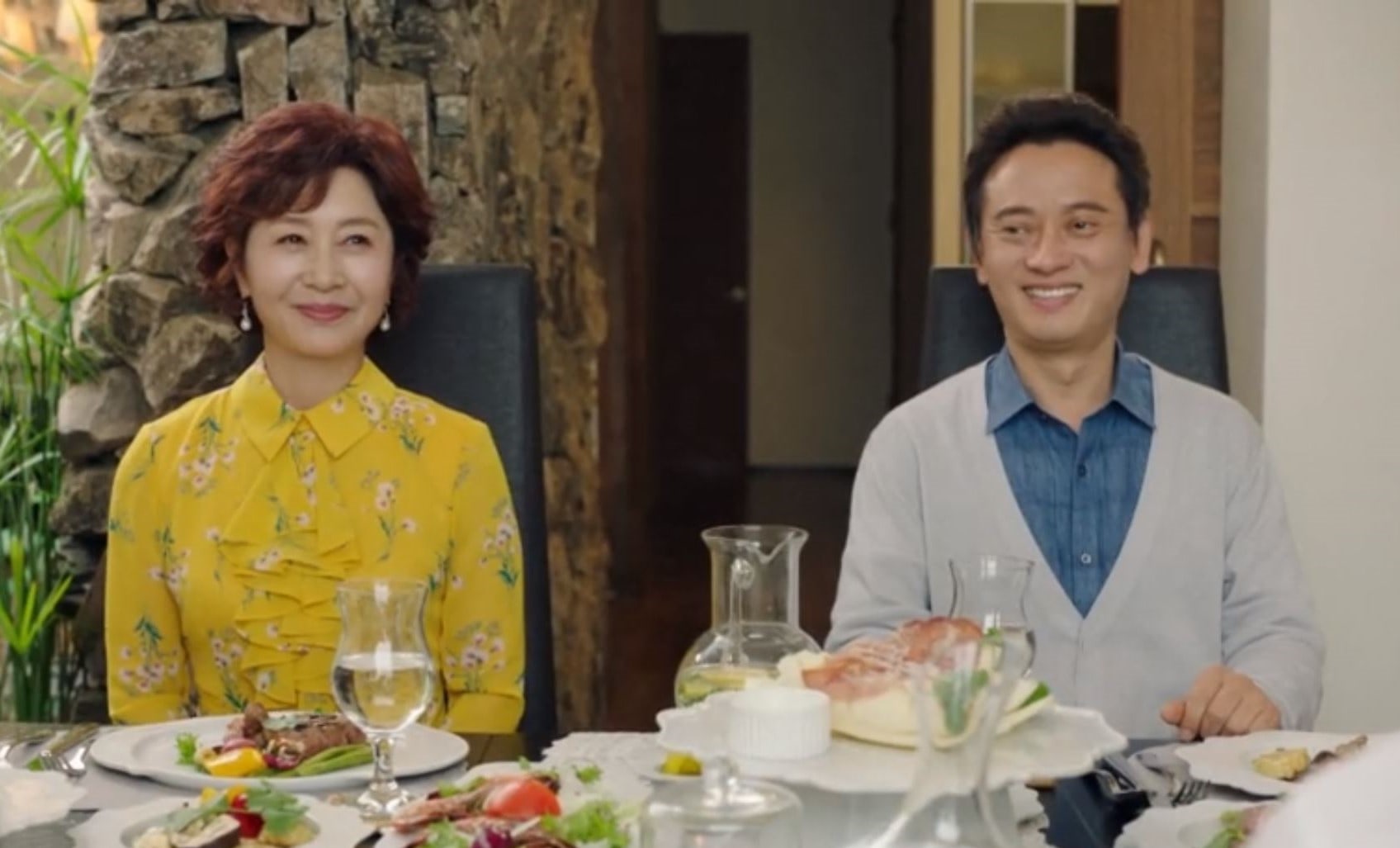 Although most people don’t usually jump at the chance to watch dramas where the leading couple’s parents are against their relationship, dramas with too much unnecessary conflict can get tedious and boring real quick. “What’s Wrong with Secretary Kim” isn’t your typical vanilla angsty K-drama where 10 episodes are wasted on how their parents and families are against their relationship. In fact, Lee Young Joon’s parents are obviously shipping Lee Young Joon with Kim Mi So in the first episode. It’s rare to see a chaebol’s parents approve of a career woman as a potential daughter-in-law. Their only worry? No grandkids! Can we please get more K-drama parents like Lee Young Joon’s not-so-subtle parents?

Park Seo Joon and Park Min Young’s undeniable chemistry makes their witty disses and snappy dialogue come to life. Although Lee Young Joon is unbelievably ridiculous and narcissistic, Park Seo Joon does a wonderful job of humanizing Young Joon and delivering heart-fluttering gazes and sarcastic quips. It doesn’t hurt that Secretary Kim and Park Yoo Sik are the only ones who can put Lee Young Joon in his place. 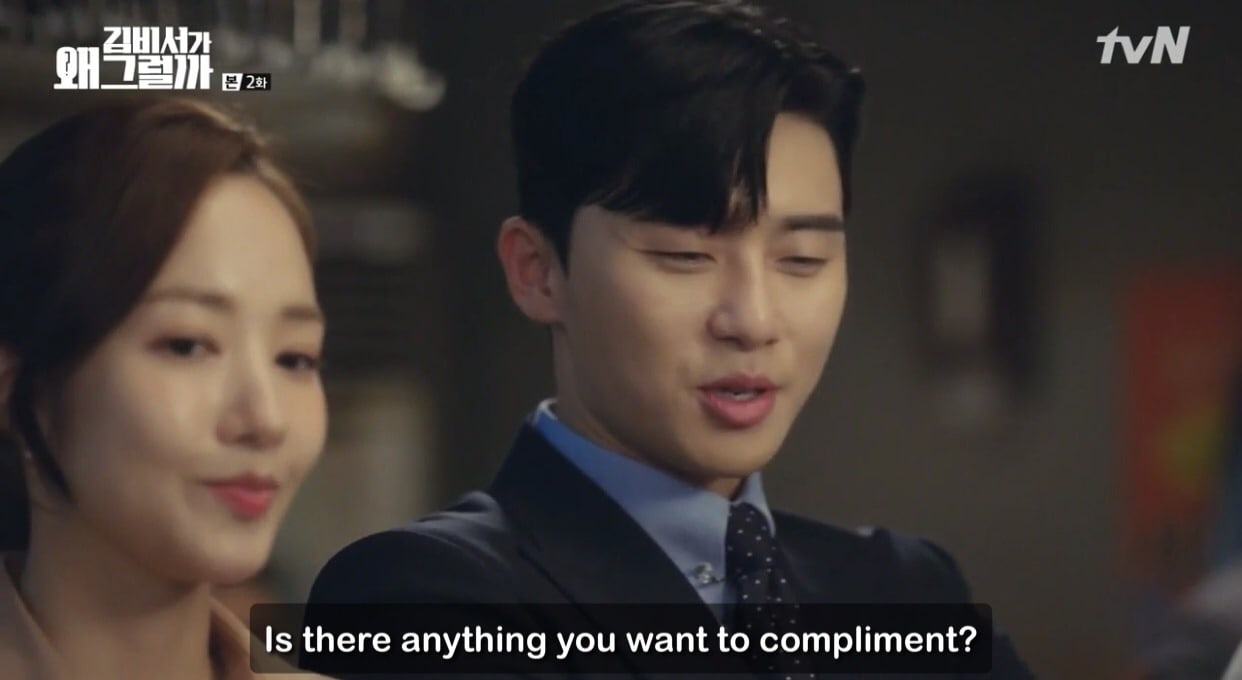 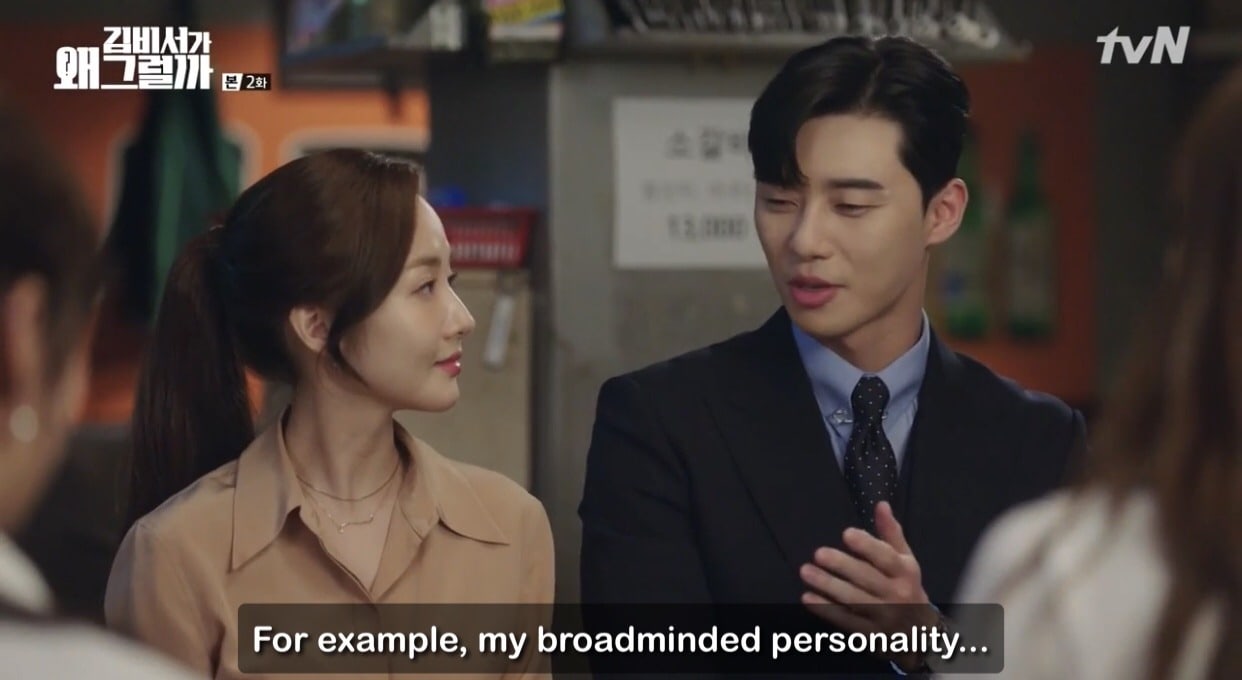 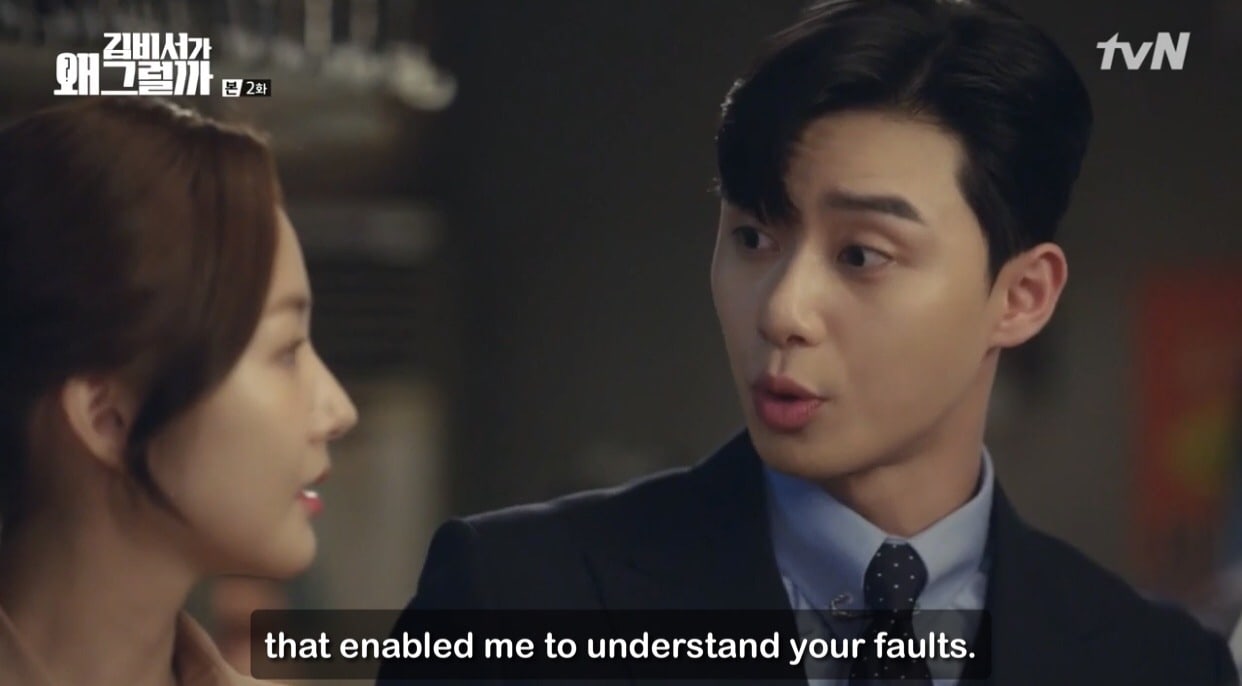 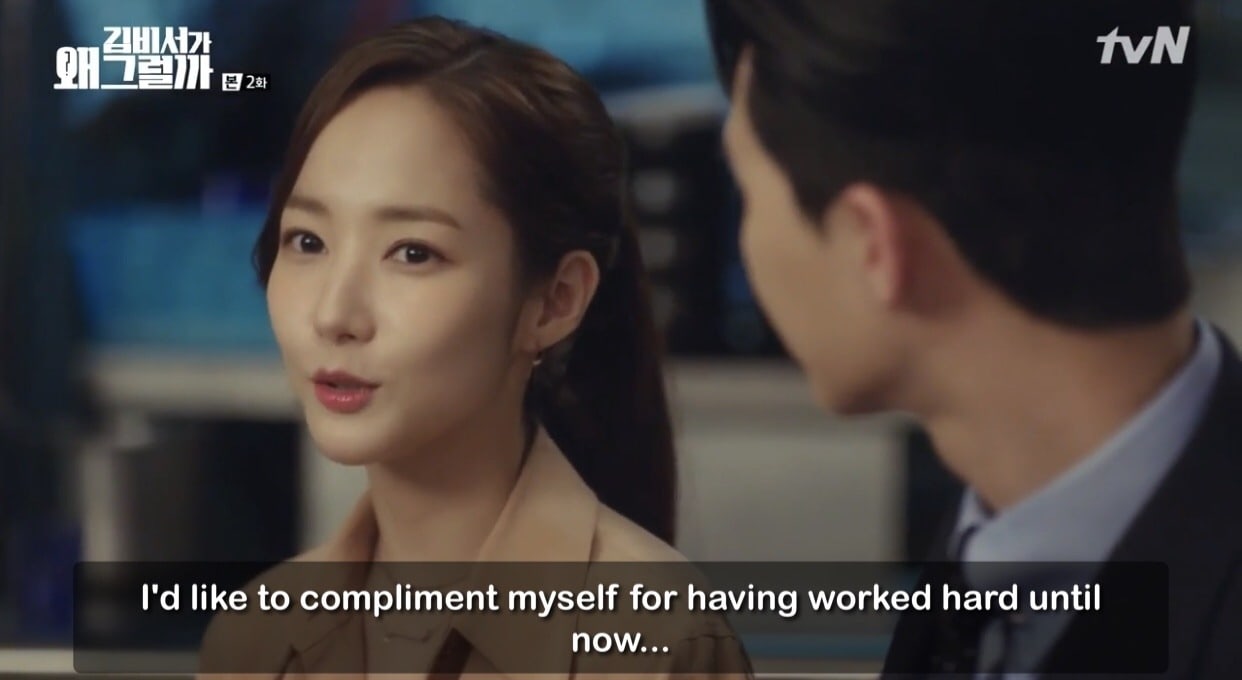 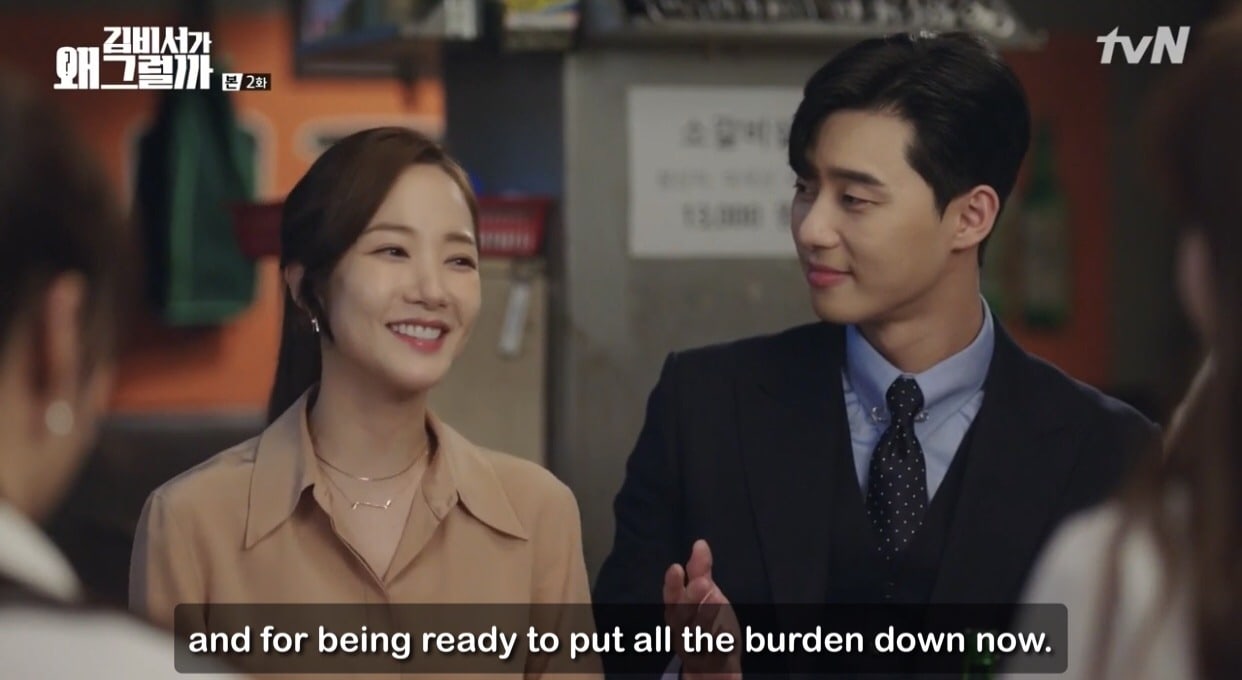 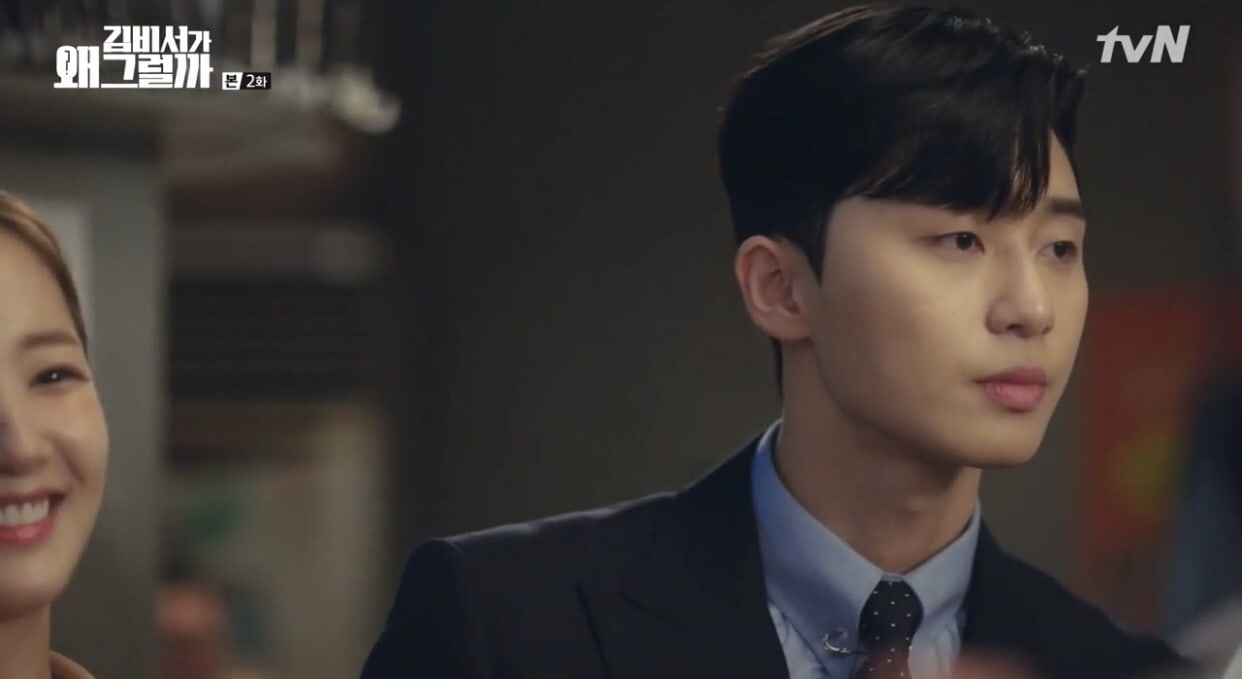 Indirectly dissing your boss at a work dinner AND thanking yourself? That’s definitely something BIGBANG’s Seungri would do.

They definitely don’t hold back on their disses. As you watch Secretary Kim and Lee Young Joon banter back and forth, you’ll wonder why it took you so long to pick up “What’s Wrong with Secretary Kim” and why Wednesdays can’t come a little quicker. These brilliant scenes will make you laugh out loud — and cringe in sympathy.

A strong female character who knows her self-worth

Yas, finally we welcome another relatable, strong female character who isn’t a gun-slinging police detective, superhero-in-hiding, lawyer, or doctor to K-dramaland. There’s nothing wrong with those professions, but it’s refreshing to see a sensible, confident woman with an ordinary career who knows her self-worth and doesn’t have to rely on other people for every little thing. Kim Mi So knows exactly what she wants — most of the time — and isn’t afraid to ask for what she wants or deserves. 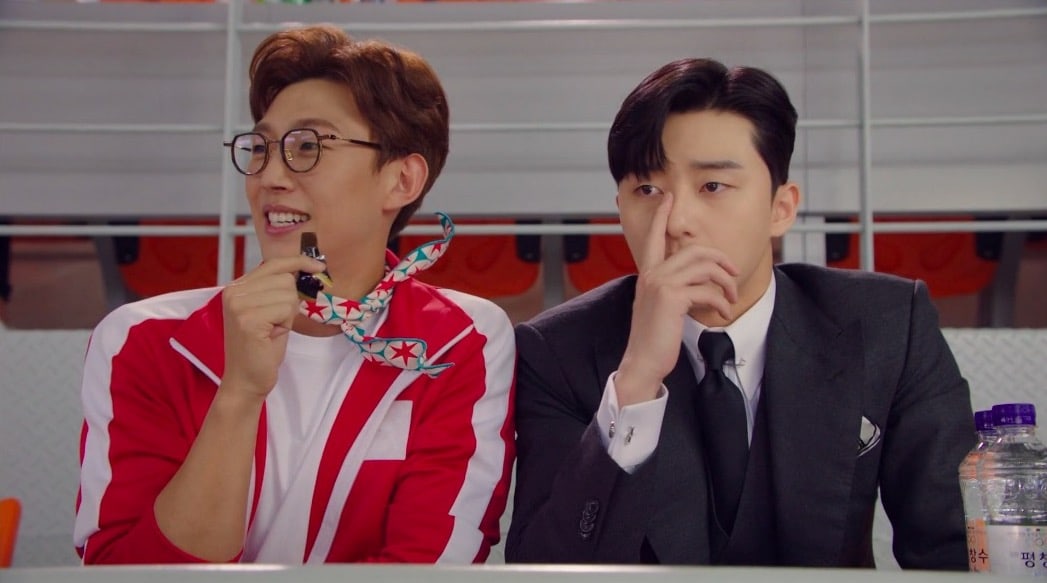 Nothing is off limits when it comes to Lee Young Joon and his best friend/director of Yoomyung Group, Park Yoo Sik (Kang Ki Young). Lee Young Joon is so ruthless sometimes that you don’t know whether to continue laughing or to feel bad for Park Yoo Sik.

In return, Park Yoo Sik (Kang Ki Young) sarcastically calls Young Joon “owner,” dishes out jokes at Young Joon’s expense, and gives helpful relationship advice that Young Joon misinterprets. Yoo Sik is so extra and brutally honest at times that he keeps — or at least, tries to keep — Young Joon humble. He also wants Young Joon to end up with Kim Mi So and knows when to help a brother out.

Park Yoo Sik is one of the rare K-drama funny friends who gives helpful and realistic advice. Who wouldn’t want a loyal friend like Park Yoo Sik to tell you like it is?

Just tell her how you feel! Park Yoo Sik gave Young Joon advice that we usually scream in frustration while watching every other fluffy K-drama, saving us several episodes of needless miscommunication and crying bus scenes.

In the first episode, Secretary Kim hands in her letter of resignation and then the story moves quickly through the evolution of Mi So and Young Joon’s relationship. As we watch Young Joon come to terms with her resignation and grapple with what the last nine years mean to him, we enjoy the benefits of jumping into a K-drama world headfirst and straight into the turning point of their relationship. There aren’t any slow character introductions or character development, making this drama perfect for binge-watching.

The cute cartoons and sound effects

As soon as we think we know the characters, they surprise us again by using cute cartoons and sound effects. The cartoons embellish Young Joon’s narcissism and make his semi-serious “work meetings” with Yoo Sik laughably adorkable. Similarly, the sound effects enhance Mi So’s competitiveness and fierceness.

Young Joon hates being touched by women, but Mi So is the one and only exception. His nightmares and reactions upon waking up reveal how he’s still a sensitive, lonely boy who never received the brotherly love and reassurance that he desperately needed. To add to this, Young Joon isn’t the only one with mysterious dreams and childhood flashbacks. These reoccurring nightmares are somehow interconnected, which give us more insight into their state of mind and true personalities. 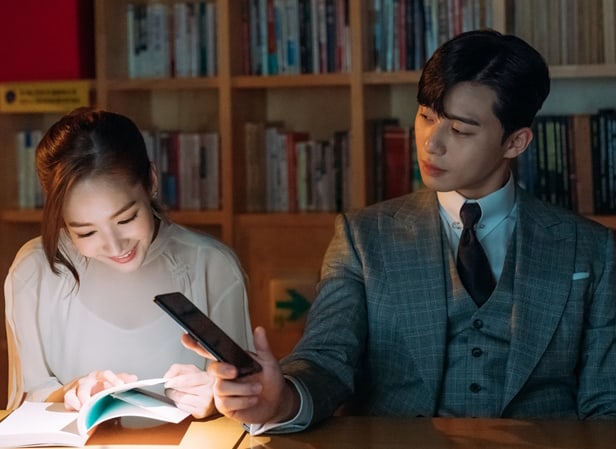 It’s hilarious how pathetically simpleminded Young Joon is sometimes and it’s sweet how Mi So understands his intentions despite how narcissistic, blunt, and rude he comes off most of the time. Young Joon’s gifts and surprises are so sentimental, unexpected, and unique that you can’t help but wonder what he’s going to do next.

“What’s Wrong with Secretary Kim” definitely isn’t the typical fluffy K-drama: it adds a twist on the standard office romantic comedy by featuring a strong female main character who stands up for herself, taking witty dialogue to the next level, and subverting K-drama tropes such as mean chaebol parents and competitive directors.

What do you love the most about “What’s Wrong with Secretary Kim”? Let us know in the comments below!

EvaCh10 is impatiently waiting for Wednesdays to come thanks to “What’s Wrong with Secretary Kim.” Eva is always on the lookout for BTS fan art, K-dramas with complex plots or mysteries, and videos and gifs of Lee Kwang Soo on “Running Man.” Say hi to Eva on her Instagram or Twitter.