“Galileo: Awakened Universe” is a new sci-fi variety program that explores the idea of life on Mars. Led by comedian Kim Byung Man, it will take place at the Mars Desert Research Station (MDRS) in Utah, where the desert conditions are similar to those on Mars. The cast includes actress Ha Ji Won, 2PM’s Nichkhun, and gugudan’s Kim Sejeong.

In the photos, the cast is doing research at MDRS while wearing their spacesuits. The viewers are curious about the process and results of the experiments and experiences that the cast have as human beings living on Mars.

Kim Byung Man, who returned after 10 days of completing the exploration project on Mars as part of the MDRS 196 series, said, “My spirit of challenge has awakened newly.” Ha Ji Won shared, “The experience on Mars was a magical time. It was time to look back on Mars as well as myself. All the crew members of the MDRS 196 series showed the greatest teamwork.” 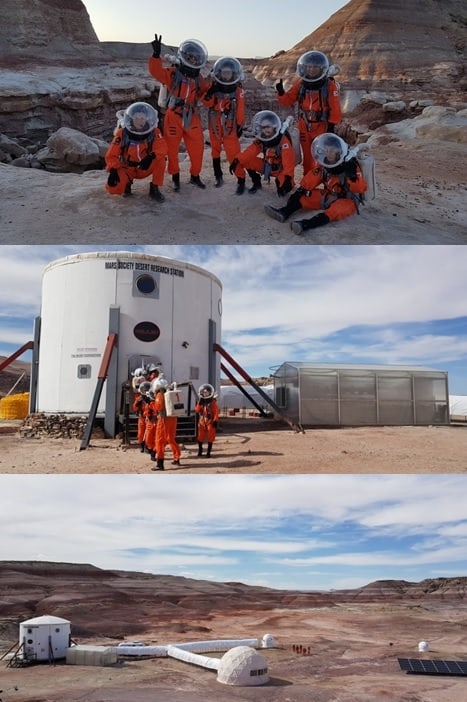 Galileo: Awakened Universe
How does this article make you feel?