OCN’s “Life on Mars” has been gaining attention for its ability to maintain the feeling of the original BBC program while also creating a drama that Koreans can relate to.

The BBC original has been remade in various countries such as the United States, Spain, Russia, and the Czech Republic. David Belshaw, a BBC foreign drama format producer, has praised the Korean remake, saying, “The Korean ‘Life on Mars’ has the essence of the original while also having its own local flair. The setting is very Korean, and the time period is also interesting to watch.”

One of the most difficult challenges of remaking a foreign drama is the separation between the different emotions of the two countries. It’s important that the remake keep some of the original color while also having an emotional exchange with viewers. 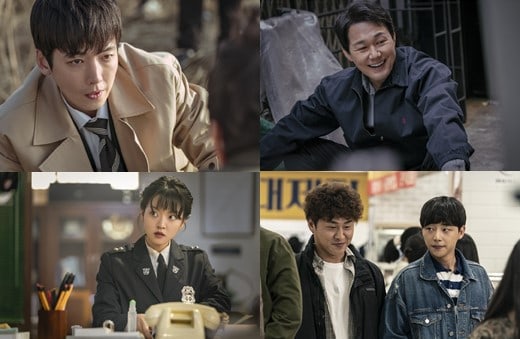 Director Lee Jung Hyo was able to do so by setting the time period at the year 1988, one of the most meaningful years for Koreans. By using details like props and music, he was able to successfully bring out the icons and emotion of that generation. For the fans of the original, he even added homage scenes throughout the episodes. Thanks to his direction, the drama was able to be reborn as an investigative drama that is Korean to its core while also keeping the feel of the original. This is why not only fans of the original, but viewers who hadn’t seen the drama before are able to enjoy the drama.

“Life on Mars,” which has succeeded in localizing the original, has been praised by the original producers at BBC. David Belshaw shared, “The initial response has been very good. OCN is earning a reputation as a broadcasting station that produces high-quality programs that captivate the entire world. We are very excited that OCN has become the home for the Korean remake of ‘Life on Mars.’ We hope that the Korean ‘Life on Mars’ will receive a lot of love from Korea as well as viewers all around the world.”

“Life on Mars” is about two detectives with very different investigative styles as they team up to solve cases in the year 1988. The drama airs every Saturday and Sunday at 10 p.m. KST.

Life on Mars
How does this article make you feel?