GOT7 Tops Tower Records’ Weekly Chart With “THE New Era”

On June 25, it was announced that “THE New Era” topped the weekly singles chart for the week of June 18 through 24 at Tower Records, Japan’s leading CD retailer. 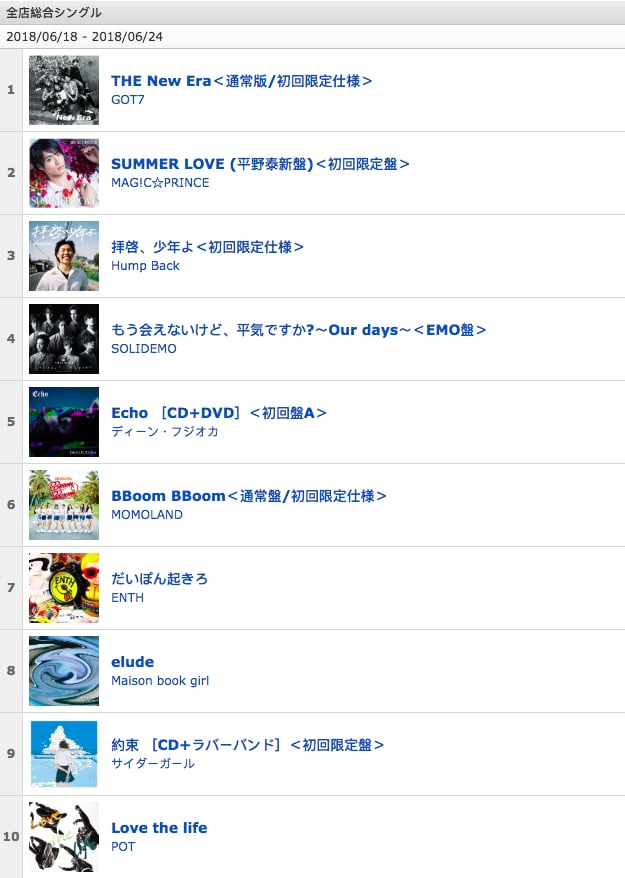 GOT7 recently completed their hall tour in Japan on June 23 and also announced an arena tour, which will begin in December at Nippon Budokan.