tvN’s “About Time” has released an adorable making video of the kiss scene between Lee Sung Kyung and Lee Sang Yoon as well as a scene between Han Seung Yeon, SF9’s Rowoon, and Kang Ki Doong.

“About Time” is a fantasy romance drama that tells the story of Choi Michaela (Lee Sung Kyung), a woman who can magically see the lifespans of other people, and Lee Do Ha (Lee Sang Yoon), a self-absorbed man who comes to love her.

The making film begins with the scene where Choi Michaela and Lee Do Ha are watching a movie together on a sofa. When Lee Do Ha appears scared, Choi Michaela moves closer to him and says, “It’s less scary when there’s someone right next to you.” Lee Do Ha replies, “It’s quite dangerous to be close to a guy whose heart is already pounding from the movie,” before leaning in to kiss her. When the director yells cut, both Lee Sung Kyung and Lee Sang Yoon appear embarrassed and shy. 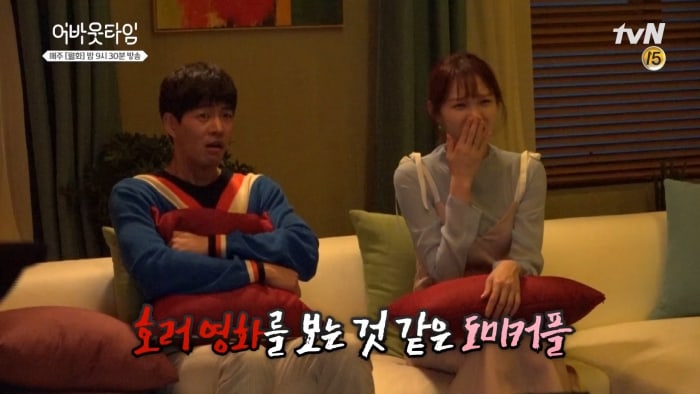 The video then moves onto the scene where Lee Do Ha and Choi Michaela drink outside together. As Lee Sang Yoon says the important line, “You’re going out with me if I drink this,” the sound of a car honking echoes loudly in the background, causing the actor to hilariously freeze. 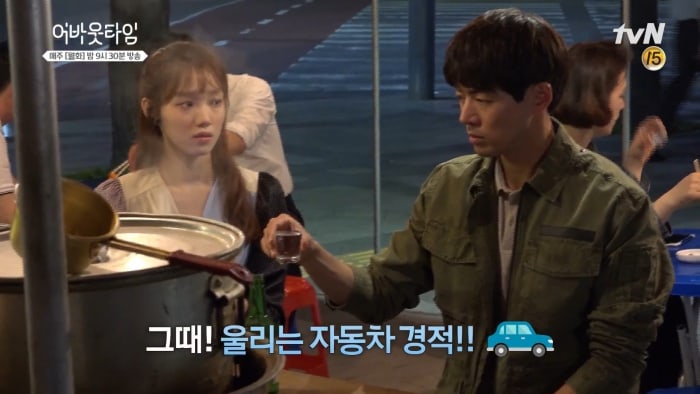 Lee Sang Yoon and Lee Sung Kyung continue to enjoy themselves on set as they joke with each other and the production staff. Lee Sung Kyung especially keeps up her bright energy as the filming continues, even singing for the staff while waiting for the cameras to begin rolling. 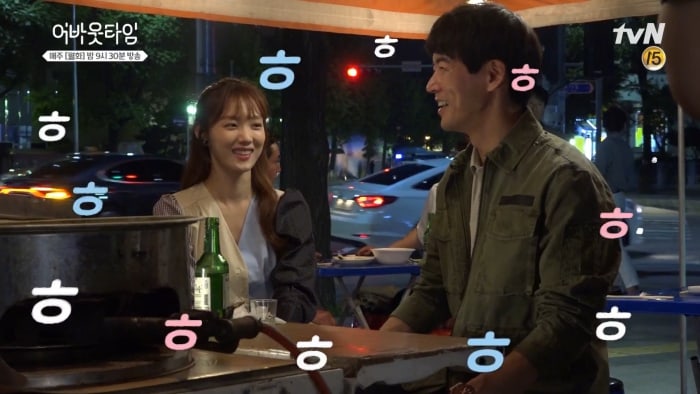 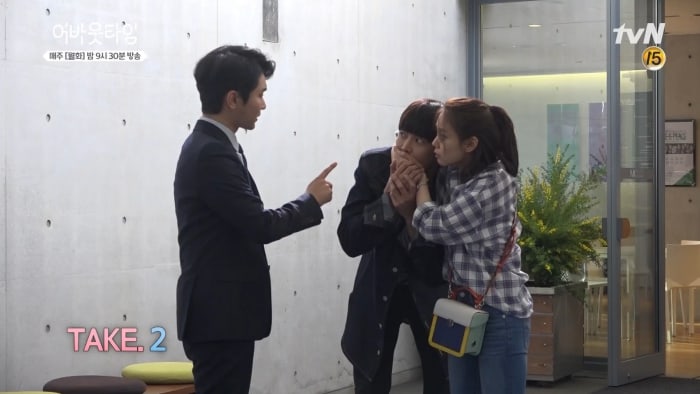 As the three characters get into a heated argument, Han Seung Yeon has to give Rowoon a slap in the back of his head. When the director tells her to really do it seriously, she smacks his head with a firm hand. After the scene is over, Han Seung Yeon laughs and apologizes to Rowoon to which he replies jokingly, “I think I may be bleeding!” The two are then rewarded with the director’s compliment, “I think that was the best!” 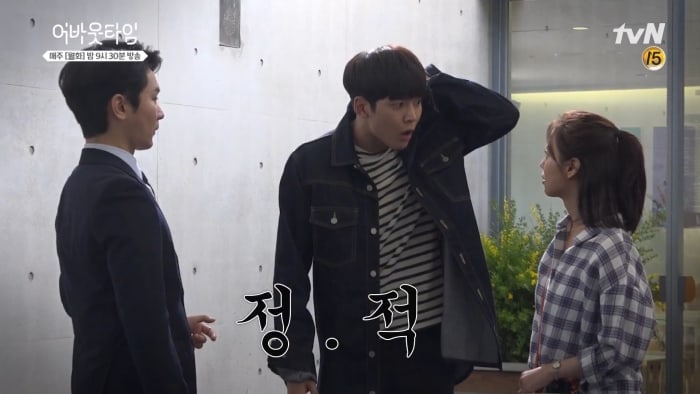 Watch the cute making film below!