“Let’s Eat 3,” the third season of the “Let’s Eat” series, tells the story of a now 34-year-old Goo Dae Young (Highlight’s Yoon Doojoon) reuniting with Lee Ji Woo (Baek Jin Hee) after falling into a slump. The drama unfolds as the two revisit the food and the memories they shared as 20-year-olds.

The released poster shows Goo Dae Young and Lee Ji Woo smiling with various kinds of food in front of them. The main line in the posters reads, “The fresh taste of being a 20-year-old revisits the exhausting everyday life of a 34-year-old, let’s eat again.” Accordingly, the contrast between the characters’ 20-year-old selves and 34-year-old selves is noticeable in the posters. 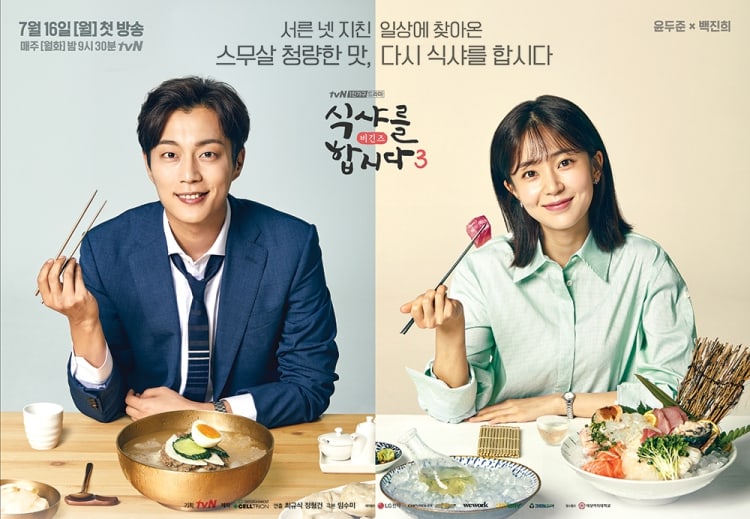 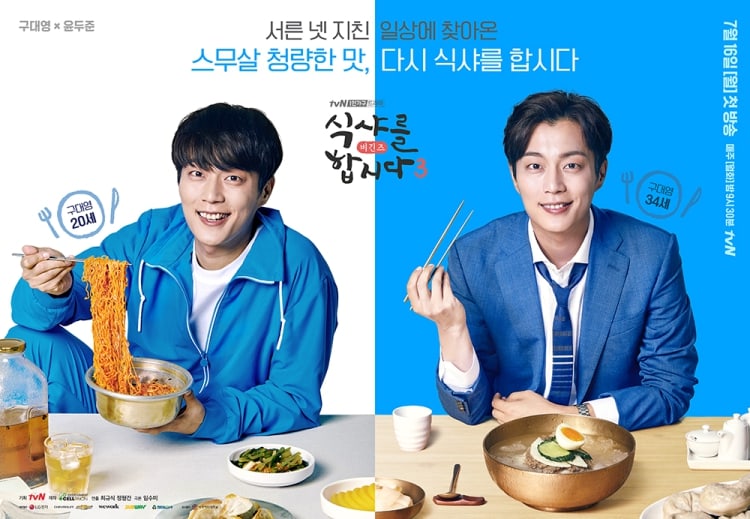 20-year-old Lee Ji Woo’s meal also shows how young she is. Unlike the grown-up Lee Ji Woo, who is eating sashimi with sake, her younger self is eating rice with a number of small side dishes. 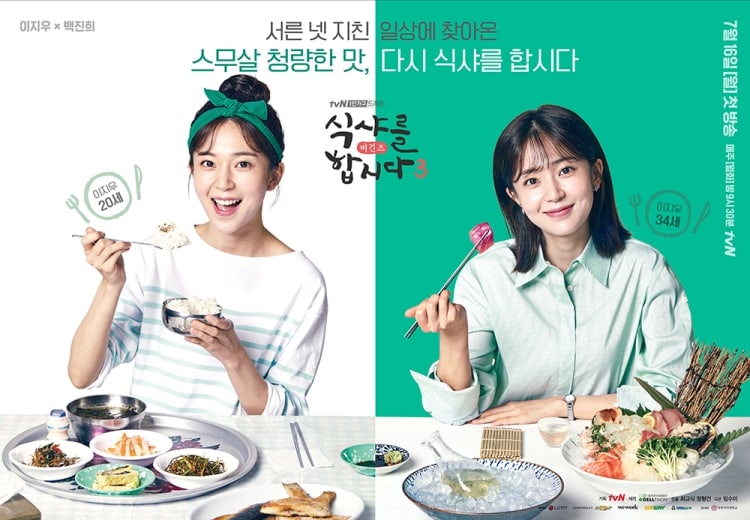 The released teaser clips also hint at the dramatic events that will take place between Goo Dae Young and Lee Ji Woo. One clip begins as Goo Dae Young finishes his meal with his friends in a restaurant. As they compliment the meal together, a friend sitting across from Goo Dae Young asks, “When did you become a foodie?”

With dramatic music playing in the background, Goo Dae Young begins playing a video of his spectacular journey in his head. Short clips of Goo Dae Young standing on a beach, hunting, and running away with Lee Ji Woo flashes before his eyes. The trailer comes to an end as Goo Dae Young smiles and says to his friends, “I think it was around 2004. Let me tell you what happened.”

The other trailer follows the same format as Goo Dae Young is asked, “From whom did you learn all this?” after finishing a meal. He is then pulled back into his past memories of Lee Ji Woo, reminiscing about the moments when he spent time with her, held her hand, and kissed her. This trailer also ends with Goo Dae Young replying, “I think it was around 2004.”

Check out the dramatic trailer clips below!