“School Attack” is back for the first time in 10 years!

SECHSKIES’s Eun Ji Won and Highlight’s Son Dongwoon appeared as the show’s newest MCs and made the show even more fun with their chemistry.

The two MCs secretly met at a rooftop next to the school. MOMOLAND’s JooE, the third MC, could not attend the first “school attack” due to a scheduled event overseas.

They said, “The only main character of ‘School Attack’ is the students, so the attacked school and attacking stars’ schedules come first. If any of the MCs can’t make it because of their schedule, we have to continue without them.”

Eun Ji Won continued, “We don’t know when and how the filming day will be finalized,” before joking, “So, Dongwoon you should also empty your schedule for the year in advance.” Son Dongwoon made him laugh when he replied, “I don’t have any scheduled events.”

The first attack star was the No. 1 most requested group NCT 127, who had to enter the school without getting caught by any of its 800 students. While on the way to the school, NCT 127 said, “I’ve seen the program in the past, but didn’t think that I’d really appear on the show as a star who attacks the school.” The members also got in cars that were different than the ones they usually rode in and circled around the school over five times before arriving.

Once they arrived at the school, they first had to complete a mission of delivering a package to the vice principal in the teachers’ room without being recognized. If they failed, their surprise performance would be canceled altogether.

Doyoung transformed into a parcel deliveryman to take on the mission. When he didn’t run into anyone, the MCs suggested he risk it and go ask one of the teachers where the school store is. Although he did what they said, he still managed to succeed. 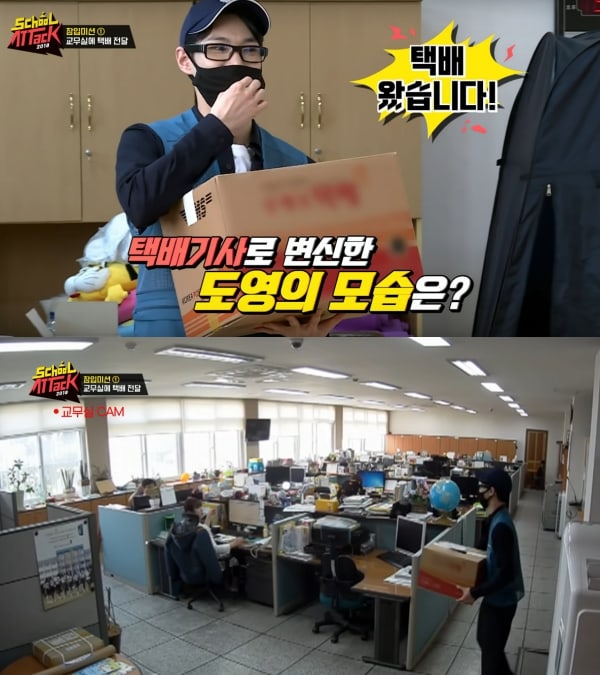 For another mission, Haechan also infiltrated the school by acting as an assistant to someone helping with the camera equipment for the older students as they shot their graduation photos. Although he was in the vicinity of many students, Haechan moved around items without getting caught. 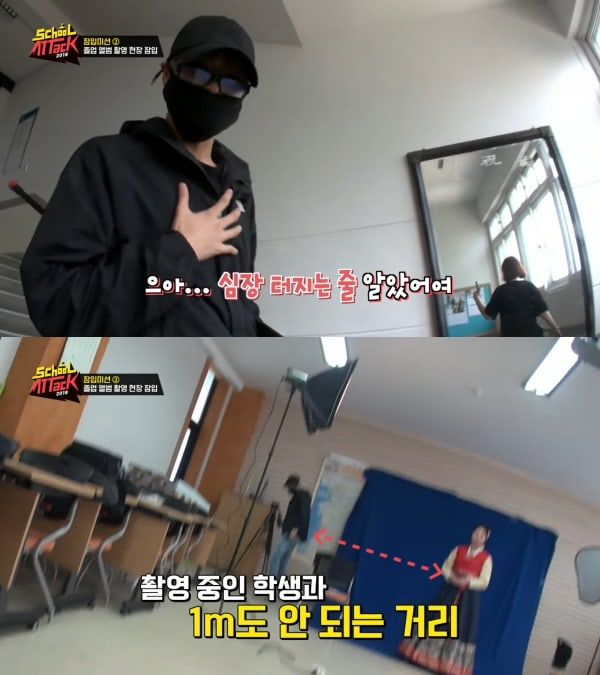 After completing the missions, NCT 127 managed to successfully surprise the students with a memorable event.