Korean romantic dramas are built upon a magical formula that keeps us coming back for more. That formula usually dictates a romance that fires up pretty quickly and delivers a kiss by the midway mark accompanied by some sort of impactful declaration. But then there are a few dramas that don’t stick to the guidelines; they take their time as they explore their options, drawing out romantic tensions to delicious lengths. The moment when the couple first kisses or shares their true feelings isn’t as predictable as the normal drama fare. In fact, many of these slow-burn romances have us begging the characters to get a move on — but that is also what makes them so satisfying. These dramas aren’t just about romance, but they have added plot and character development to flesh them out and make the romances even more satisfying once they are realized.

I’ve compiled 11 slow-burn dramas that will drive you crazy and make you love them for doing so. 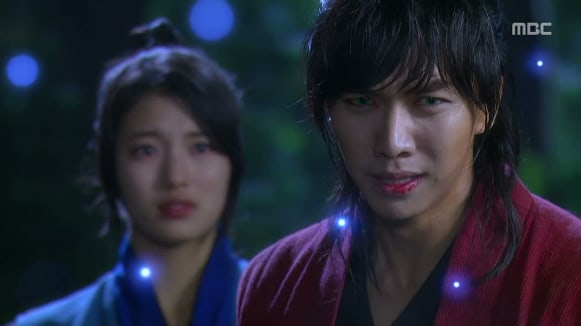 A half-gumiho, Choi Kang Chi (Lee Seung Gi) and the daughter of a military leader, Dam Yeo Wool (Suzy), meet, but their love doesn’t begin right away. Rather, they both have their own agendas: to protect their families and their people against conniving noblemen. Kang Chi also has to contend with his gumiho powers and the fear it instills in those around him while Yeo Wool investigates murders in the town. As their paths cross over and over again, their love blooms.

The historical setting and the mixture of gumiho lore in “Gu Family Book” is what makes the romance extra exciting. Dang Chi and Yeo Wool fall in love along the way, denying their love until it is impossible to do so. They become friends, compatriots, partners, and finally lovers. Extremely risky, their romance is frowned upon by many and endangered by fate and the supernatural that haunts them. 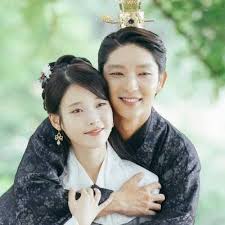 Based on a Chinese drama, this period piece is set in the Goryeo period, a time of political turmoil that resulted in bloodshed, nasty family politics, and a love that struggled through every obstacle possible, although it is inner turmoil that truly keeps them apart for so long. Who are they? Wang So (Lee Joon Gi) and Hae Soo (IU), two people from different time periods who fall in love. They are kept apart by other suitors, political mechanizations, and by fate.

The love between So and Soo blooms slowly and takes time because of So’s inability to trust and Soo’s very unsteady sea legs as she tries to navigate the past. Each step they take towards each other is so satisfying, and yet not enough. I spent the entire drama cheering them on even when they were fighting, waiting for the moments when they could be together. Each time So would gaze longingly after Soo made my stomach flip flop. The powers of Lee Joon Gi and his incredible character!

Two very quiet, practical people find themselves living together out of necessity. Nam Se Hee (Lee Min Ki) has a home, but massive debt, and so needs a renter to help him pay that debt off. Yoon Ji Ho (Jung So Min) has no home and agrees to be Se Hee’s renter. Both are quiet, responsible, mature individuals, which immediately separates them from the usual stock of immature drama characters. They do have their moments of romantic and life idiocy, but for the most part, they are adults who are damaged and in need of love. They make all their decisions slowly and carefully, habits that carry over into their romantic lives.

Watching them together is excruciating and delicious. They are impossibly shy with each other as well as extremely frank. It’s such a new dynamic that I wasn’t sure what to expect from their romance, but the drama and its main OTP did not disappoint! 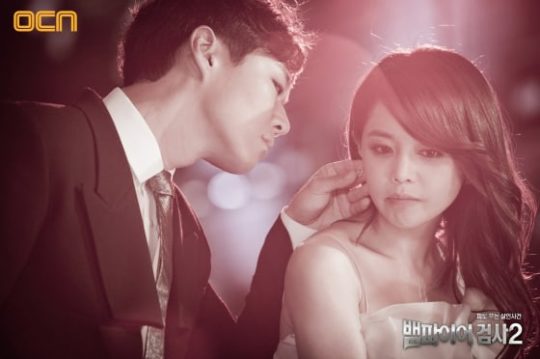 Unlike most dramas, “Vampire Prosecutor” has two seasons that tell the tale of Min Tae Yeon (Yeon Jung Hoon), a prosecutor who was turned into a vampire and who now not only solves the crimes of the living, but also those committed by the undead. His team follows him throughout both seasons, but it is with feisty prosecutor Yoo Jung In (Lee Young Ah) that he has an indecipherable relationship.

The two are solid partners along with the rest of their team, focused and keen on solving crime. But there is an undercurrent of attraction between them that is initially undetectable. The only reason I guessed there might be something is because it was a Korean drama. But it was also aired on OCN, a channel that didn’t focus on romance dramas at that time. However, as the seasons progressed, there was a very obvious current of attraction between the vampire and human prosecutor that made me inwardly (and let’s admit it) outwardly squeal whenever they were put in close quarters. 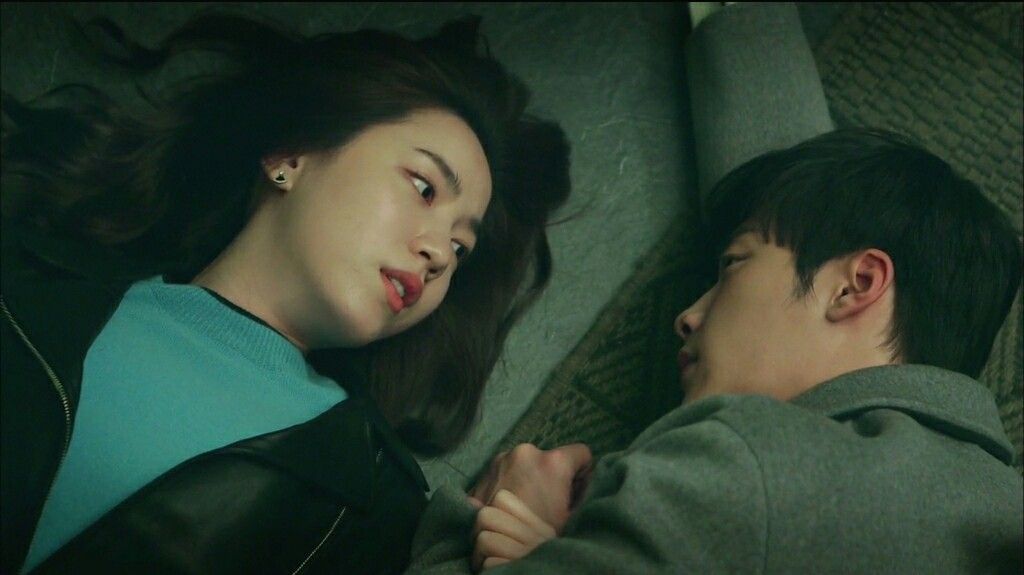 A drama about insurance fraud certainly doesn’t seem the premise for blossoming love, but for the two very sexy young members of the team, it is most definitely the stage on which their romantic dreams came true. However, love doesn’t come easy. Kim Min Joon (Woo Do Hwan) joins the insurance fraud team because he has leverage against them. Jang Ha Ri (Ryu Hwayoung) finds him particularly untrustworthy, but the sparks between them are of firework proportions. The two are professional and merely dance around each other for what seems like eons before they finally come together in any sort of romantic sense. That slow-burning tension is what makes their eventual union so satisfying.

The tale of a brilliant doctor with autism trying to find his footing in a hospital headed by people with little understanding of the way he functions is bound to focus mostly on his trials and hospital politics. And the show does focus on those things quite heavily. Dr. Park Shi On (Joo Won) struggles in his new hospital environment as people treat him harshly, refuse to try and understand him, and plot to politically oust him from his medical program. There is one doctor, Cha Yoon Seo (Moon Chae Won), who takes the time to see beyond his outward idiosyncrasies and unusual ways of functioning and sees that he’s a good person and an excellent doctor.

This romance burns slowly merely for the reason that Shi On takes a while to process the emotional aspects of his life. Combined with the difficulties of his work life, the romance in “Good Doctor” grows slowly, but steadily, as Shi On earns a reputation for himself. He is an underdog and watching him find romance with a woman who has the kindness and the heart to truly see him is very satisfying.

Park Kae In (Son Ye Jin), a furniture designer who is the daughter of a famous architect, is burned by love and swears off men. She lives in the beautiful modernized hanok (Korean-style home) designed by her father. However, she agrees to take on Jeon Jin Ho (Lee Min Ho) as a roommate after learning that he is gay. Only he’s not gay. He’s actually after the secret to her father’s designs so that he can win a huge architectural bid. Her slovenly living style clashes with his pristine neatness, but still, the two fall for each other.

The main concept of the drama is that the two can’t form a romantic relationship because they are sexually incompatible as a straight woman and a gay man. The nature of this relationship, however untrue, forces the two to remain nothing more than close friends for quite some time. Watching the two change for the better as they fall in love is sweet and induces all sorts of warm, fuzzy feelings. 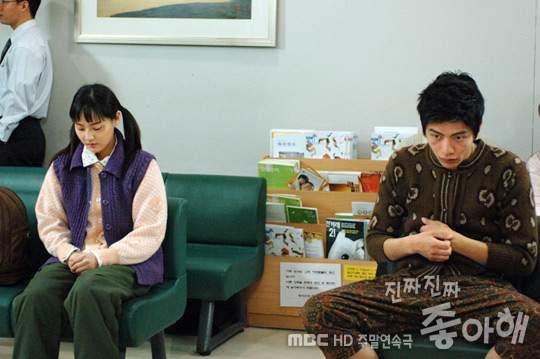 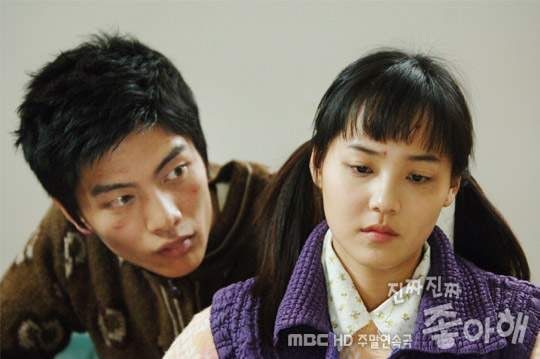 This is a story of how opposites attract. Hard-working mountain girl Yeo Bong Soon (Eugene) dreams of being a chef and earns the chance to learn the culinary arts at the presidential residence. Lazy presidential guard Nam Bong Ki (Lee Min Ki) is a slick, fast-paced city man. When they are thrown together through a series of incidents both inside and outside of the presidential grounds, they start to get to know each other.

At first, “getting to know each other” took root in the form of bickering and dislike. The two were quite different. But as time goes on, they grow to understand one another and love slowly, slowly, ever so slowly, blooms. This is perhaps the slowest romance on the list, especially because Bong Soon is quite infatuated with the second lead and her troubles with adjusting to city life after an unplugged mountain life is difficult. The small ways in which they learn to love and understand each other are so satisfying, especially because it takes so long for them to finally come together. 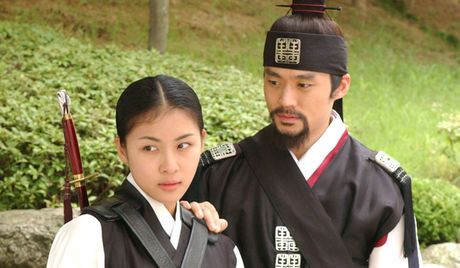 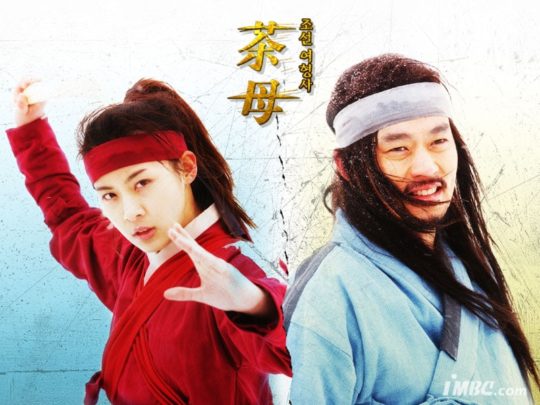 An epic historical drama based on a woman, Jang Chae Ok (Ha Ji Won) is separated from her family and grows up to be an investigator. The man who raised and trained her in the martial arts, Hwangbo Yoon (Lee Seo Jin), loves her as much as she does him. There is so much potent love and romantic tension dancing between them as the action of the drama ensues. The leader of a rebel group becomes a potential romantic interest, but his role in her life is much more than initially revealed. That secret, her investigations, and the rising rebel factions set the stage for a grand, epic romance that is steeped in blood and tears.

Like “9 Ends 2 Outs,” Damo is the tale of lovers who know each other well. The similarities stop there, but Chae Ok and Yoon have always loved each other. That strong foundation carries them throughout the 14 episodes of the drama. But more than romance, this drama is about the intrigue, so we wait on tenterhooks waiting for the lovers to steal moments together.

Made in 2007, “9 Ends 2 Outs” is still a classic “best friends to lovers” drama. Hong Nan Hee (Soo Ae) and Byun Hyung Tae (Lee Jung Jin) know they love each other as friends and trust each other with their lives, but romance has never been something they tackled. Watching them navigate old and new flings, careers, and their feelings for each other as they slowly come together is ridiculously satisfying. 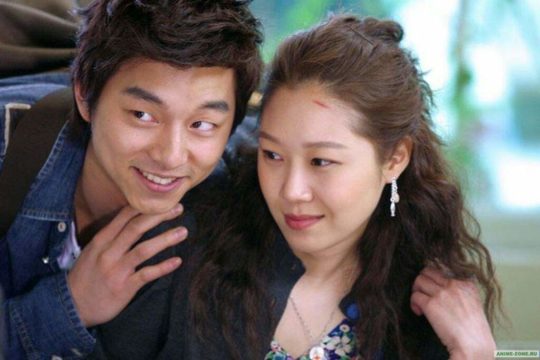 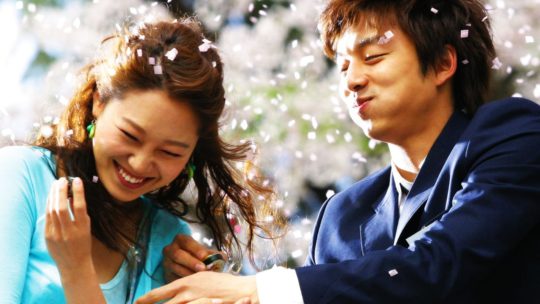 Na Bo Ri (Gong Hyo Jin) was expelled from high school, but works hard and secures a position at her former high school as a teacher. However, there is a pretty large caveat: she basically has to babysit the school troublemaker, Park Tae In (Gong Yoo). Along the way, Bo Ri pines after her former high school teacher, Tae In deals with his terrible home life, and they deal with interfering jealous second leads.

As one of the earliest hits, this drama really went for the over-the-top interference and family issues, but the way that Bo Ri and Tae In grow closer over the series of crazy events is exactly what makes this drama a great watch. The two also naturally come together as people with similar hurts and a similar love for fun and life.

What is your favorite slow burning romance drama? Let us know in the comments!