UNI.T’s Yang Jiwon Shares Story Of When She Thought Eric Nam Asked Her Out

UNI.T’s Yang Jiwon revealed that Eric Nam used to be her ideal type, and shared a story of when she thought he had asked her on a date.

On the June 26 broadcast of KBS 2TV’s quiz program “1 vs. 100,” Eric was the one, and Yang Jiwon was among the 100. She said, “Before, when I was with SPICA, Eric Nam and I were in the same agency. He was so nice, and his voice was great too. And he had absolutely no fashion sense, but that was my ideal type. He used to wear hiking clothes and didn’t have any interest in fashion.” 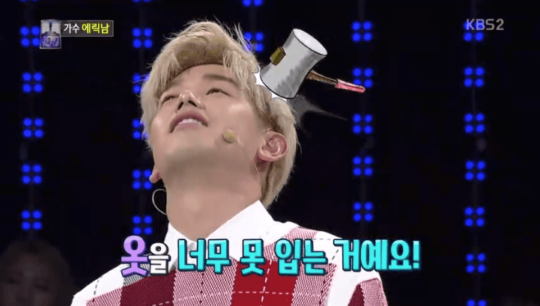 She said she once mistakenly thought they were going on a date: “We became closer and exchanged numbers, and one day, Eric Nam asked me to grab coffee. I was excited, wondering if we were going on a date, but when I arrived, there were 30 people there. He was hanging out with 20 to 30 of his friends. Disappointed, I realized it wasn’t a date, and wondered if this is how they do it in the U.S.,” said Yang Jiwon. 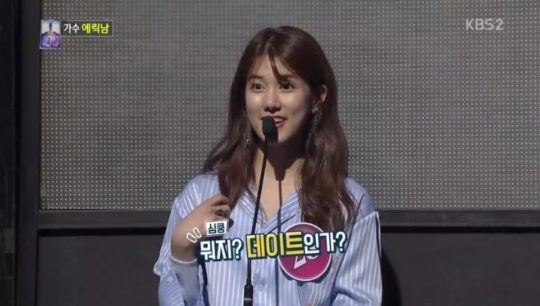 Eric Nam said, “I don’t remember exactly how I brought it up, but I think it’s because in America, if you want to befriend someone, it could be awkward one-on-one, so you meet in a group of friends and naturally get to know each other that way.”

Eric Nam
Yang Jiwon
1 vs. 100
How does this article make you feel?