Will this couple be able to find their happy ending?

As revealed in new stills, the two of them go on a sweet date to an amusement park. However, while they’re resting in front of the carousel, Lee Yoo Chan reveals something unexpected to Kim Bo Ra. Comforted by each other’s mere presence, they stare at each other with serious, forlorn expressions on their faces as Kim Bo Ra carefully takes his hand in hers. 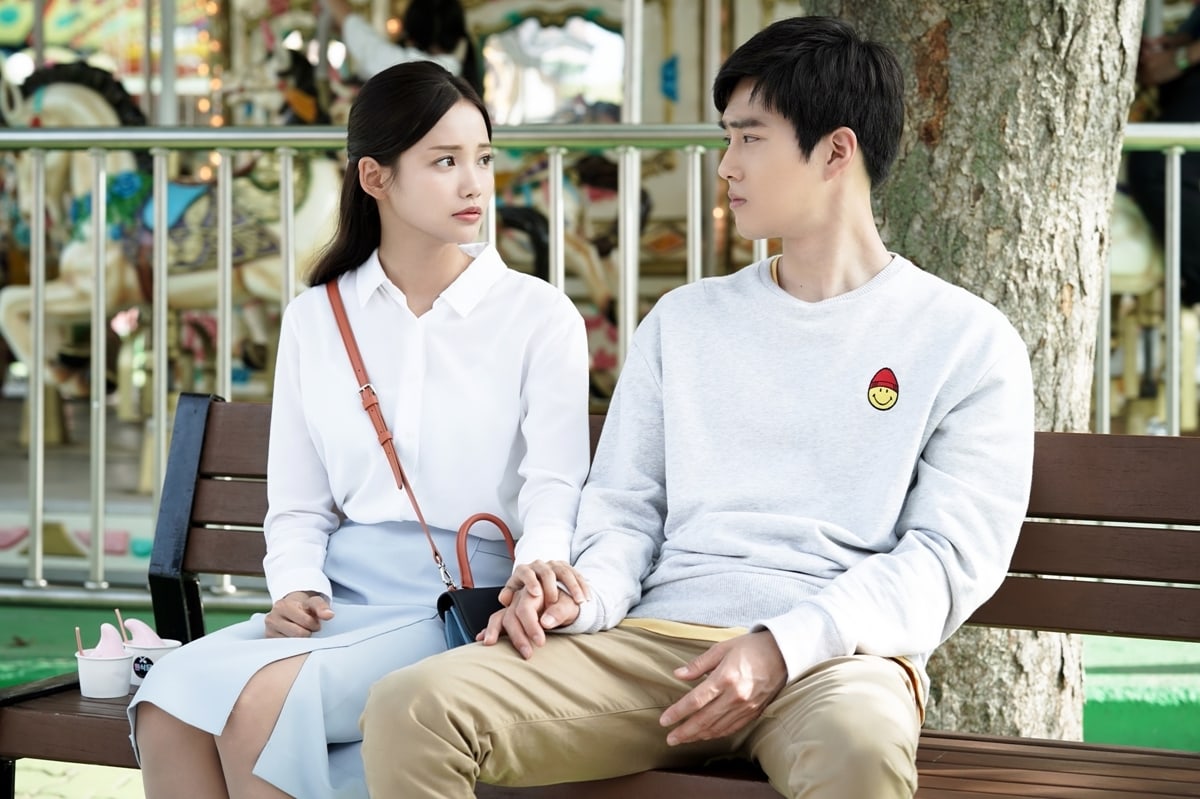 Prior to this, Lee Yoo Chan had started to slowly open up more and share secrets he kept buried inside of him as he began to recognize the faces of his former-turned-current employees from Next In. His face blindness had not been a permanent condition, but rather the aftereffects of a traumatic memory.

Find out what Lee Yoo Chan’s confession is and how it will change his relationship with Kim Bo Ra in the upcoming episode of “Rich Man, Poor Woman” on June 27 at 11 p.m KST.

As you wait, rewatch it again from the very beginning!