Womance Is The New Bromance: 8 Times Female Idols Fangirled Over Each Other

In the world of K-pop, fangirling isn’t unique to only fans, as tons of idols have been seen admiring their seniors or even becoming fans of groups who debut after them. Female idols in particular are loud and proud about their love for their favorites, and many times take on the “yeodeok” title, meaning “a female fan of female celebrities.”

Here are eight female idols who have been known to fangirl adorably over other female idols.

Hani has not been shy about declaring herself as a fan of Oh My Girl’s Arin. During EXID’s showcase for “Lady,” Hani expressed her happiness for promoting at the same time as Oh My Girl and gushed over Arin’s cute teaser photos for their “Banana Allergy Monkey” release. She wished Arin happiness and even called herself an unnie fan of Arin.

In response, Arin expressed her gratefulness and support for her senior, and offered to buy Hani a meal with her own allowance.

The two finally met for Korean barbeque and proved their newfound friendship through multiple Instagram posts. 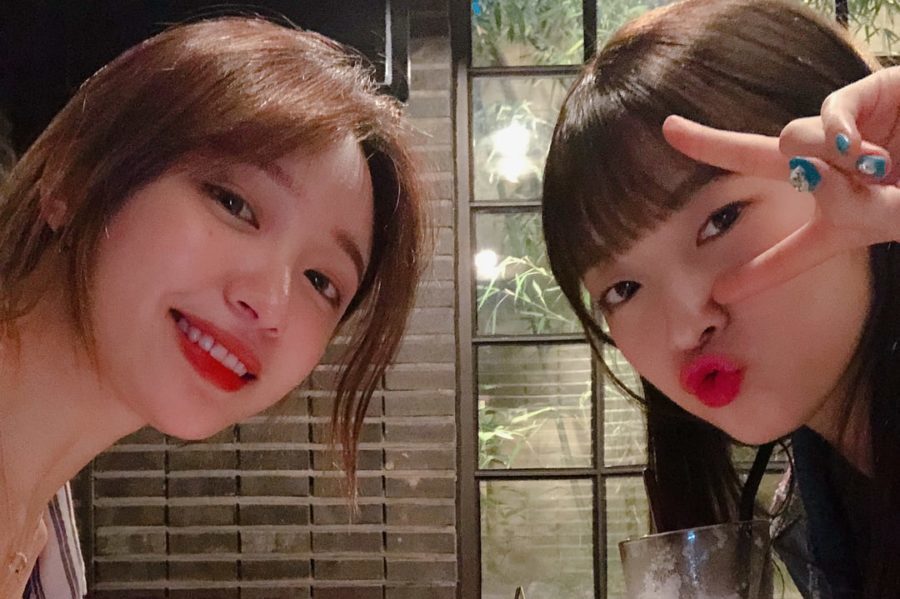 HyunA and Somin’s friendship began through both girls fangirling over each other through live broadcasts. Somin first held a live broadcast where she praised HyunA for being cool, and this caught HyunA’s attention.

HyunA later explained through a live broadcast of her own that they had actually exchanged phone numbers backstage at “Music Bank” to set up a proper meal. She asked her own fans through the live what she should buy Somin, clearly expressing her nervousness and enthusiasm for their upcoming date. In response to HyunA’s shy questions and excitement for their meeting, her manager hilariously asked her, “Are you guys in a relationship or something?!”

Sejeong showed her charming personality throughout the episodes of “Welcome Show,” and she didn’t disappoint when the SISTAR members were special guests either. In the episode, Sejeong couldn’t help but admire Bora’s beauty during Bora’s demonstration of ballet poses, and randomly exclaimed, “Wow, you’re really pretty!”

The guests cracked up at Sejeong’s comment and Bora couldn’t help but laugh as well.

A certified girl crush in K-pop, Sunmi showed some love for labelmates TWICE through an Instagram live in 2017. After singing a little bit of “Likey,” she went on to fangirl over one member in particular— Sana. Sunmi was visibly excited as she recited the iconic Sana stan motto: “No Sana, No Life”!

Omfg sunmi sang likey and is fangirling over sana and saying “no sana no life.” SHE REPRESENTS ALL OF US IM NOT OKAY pic.twitter.com/diI0c5qN7r

Recently, Eunwoo expressed her admiration for LOONA’s Chuu through multiple comments on PRISTIN’s fancafe. She fangirled over Chuu and called her cute multiple times, enthusiastically telling her fans that Chuu had made a heart at her and called her pretty.

Hopefully, these two can also set up a lunch date like the female idols above and become good friends! 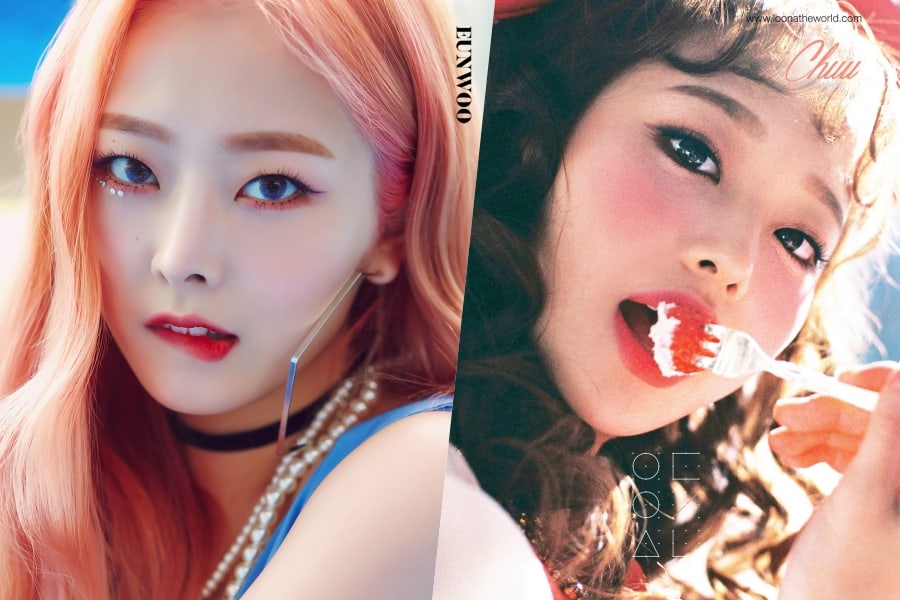 Nayeon, a long time fan of IU for a while now, achieved the status of “successful super fan” when she was able to hand deliver a flower to IU during the Gaon Chart Music Awards. After IU took the flower, Nayeon smiled brightly and turned to her members, most likely to fangirl over this special moment.

Even better, later that night, IU uploaded some photos on Instagram using the same flower as a prop! What’s better than getting noticed by your idol through a proof shot of your gift on their social media?

A Krystal superfan, Moonbyul has been expressing her love for Krystal since at least 2014. On her fancafe, she has talked repeatedly about Krystal to her fans, even going as far as admitting she had attempted to sign up for f(x)’s fancafe.

Furthermore, in an interview on SBS PowerFM’s “Lee Guk Joo’s Young Street,” Moonbyul’s true feelings were revealed when Guk Joo asked Moonbyul why she liked Krystal so much. The other members teased Moonbyul by saying it was because Krystal was so pretty, but Moonbyul honestly replied it was because she thought Krystal is lovely both inside and out, and considered her a role model.

Before Somi and Minzy became good friends on “Sister’s Slam Dunk Season 2,” Somi was a huge Minzy fan. In the video below, Somi fangirls over getting to finally meet Minzy for the first time, her lifelong dream of wanting to meet her coming true. She also expresses her gratitude for 2NE1’s “Lonely,” as she had sang the song for her auditions to make it into JYP Entertainment, changing her life forever.

The two became such good friends due to the show that they shared some photos together at an exhibition and a lunch date, even hashtagging the photo with #lovestagram!

Which female idol friendship moment is your favorite? Did we miss anyone? Tell us in the comments below!