New trailers and a poster have been released for KBS 2TV’s upcoming drama “Your House Helper”!

“Your House Helper” is based on a popular webtoon of the same title and will tell the story of a male housekeeper who organizes people’s concerns and their homes.

In the poster, Kim Ji Woon and Im Da Young hang a blanket outside to dry in the sun. He usually doesn’t smile and she’s always tired from her life as an intern, but they look happy during this moment. Kwon Jin Kook and Yoon Sang Ah also look relaxed while sitting on the couch. The poster gives off a warm vibe and a peek at the “life healing” the drama will bring its viewers. 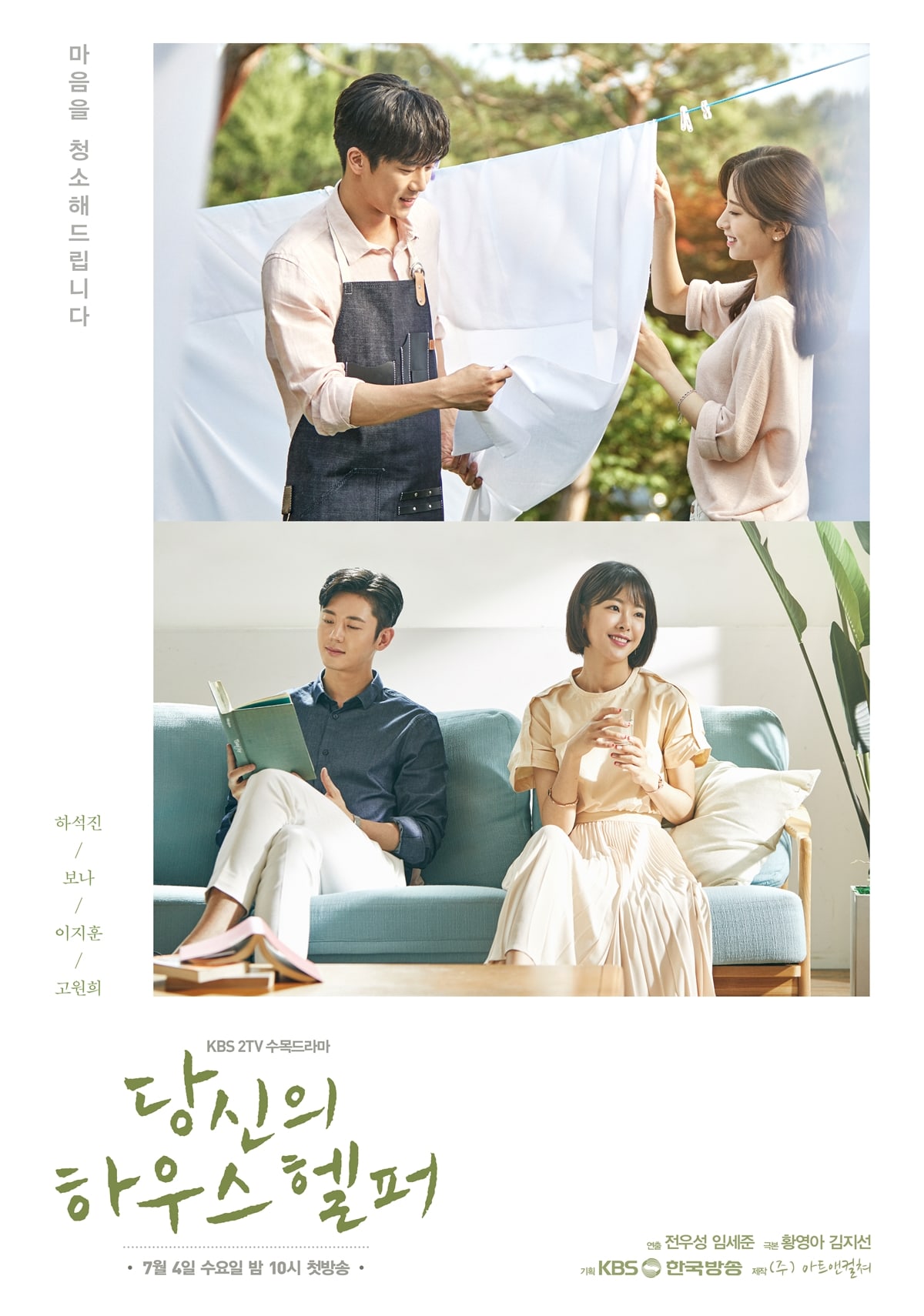 Along with the poster, two new trailers were also unveiled. The first clip gives viewers a peek at some of the characters’ chaotic lives that need the helping hand of Kim Ji Woon. The house helper says, “Some people feel a sense of security when their things are in plain sight. It’s not that they can’t clean, but it’s their own way of organizing.”

Viewers are able to get a glance at Im Da Young and Yoon Sang Ah’s messy homes, Kang Hye Joo (played by Jeon Soo Jin)’s concern for her friend’s friendship with others, Kwon Jin Kook’s eavesdropping, and Han So Mi’s sensitive personality.

The second trailer shows Kim Ji Woon rushing somewhere on his bike and the back of a woman who’s holding an umbrella.

A source from the drama said, “Today [on June 27], the posters of the four main characters and a comprehensive trailer video were released. The subtle tone of the relationships between Kim Ji Woon, Im Da Young, Kwon Jin Kook, and Yoon Sang Ah and the story of best friends Im Da Young, Kang Hye Joo, and Han So Mi (played by Seo Eun Ah) will bring a lot of fun. Despite the difficult weather, all of the actors and staff are working hard to film. We ask for lots of your interest and love.”

“Your House Helper” will premiere on July 4 at 10 p.m. KST on KBS 2TV and will be available on Viki!

Check out the trailers below.